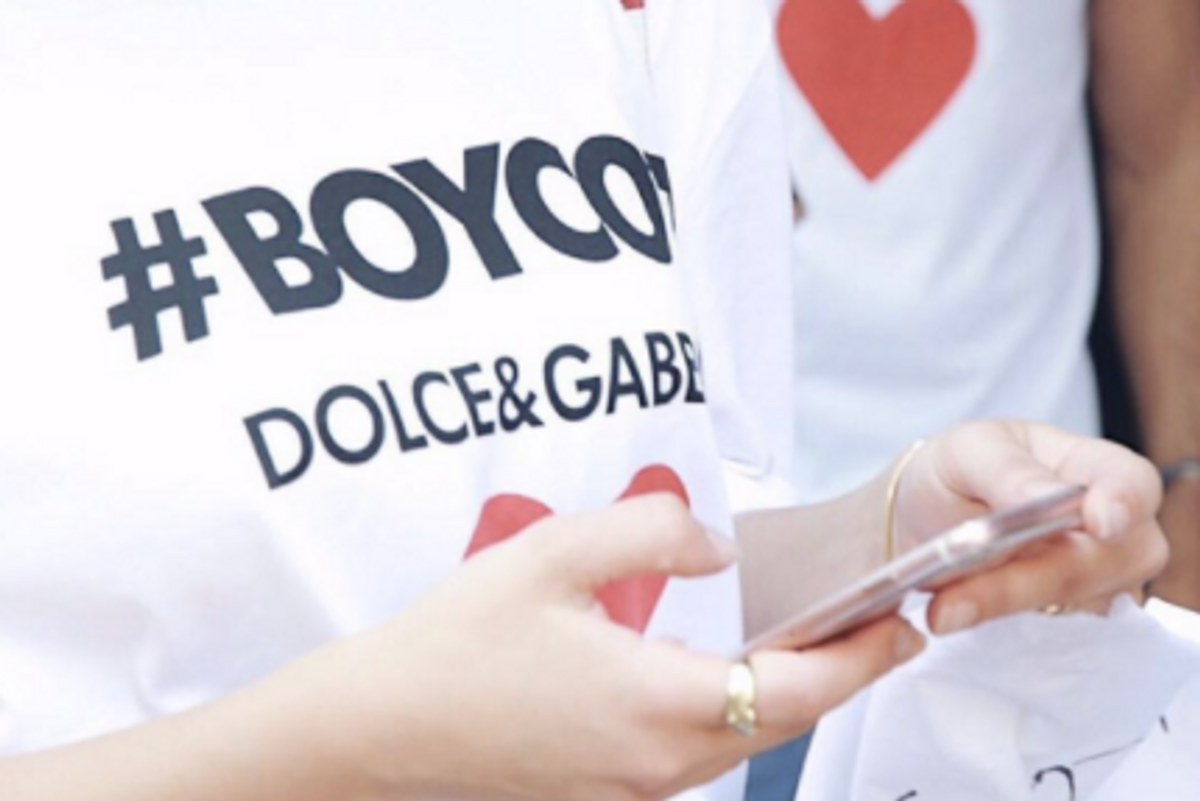 As one of the few designers willing to dress the wife of one of the most polarizing figures in American history, Dolce & Gabbana have received their fair share of criticism and backlash from people who think dressing Melania Trump is akin to endorsing her husband's politics. Some salty online commenters have suggested a boycott of the brand, prompting Stefano Gabbana to post a photo of the First Lady with the caption "Haters!!!! Remember #boycottdolcegabbana please."

The brand also immediately capitalized on the mild controversy, creating an entire social media campaign promoting tongue-in-cheek #Boycott Dolce & Gabbana t-shirts. There's even a short film of a fake protest against the brand, which is just shy of Kendall Jenner holding a Pepsi can from being peak cringe.

You definitely can't accuse them of being too subtle.