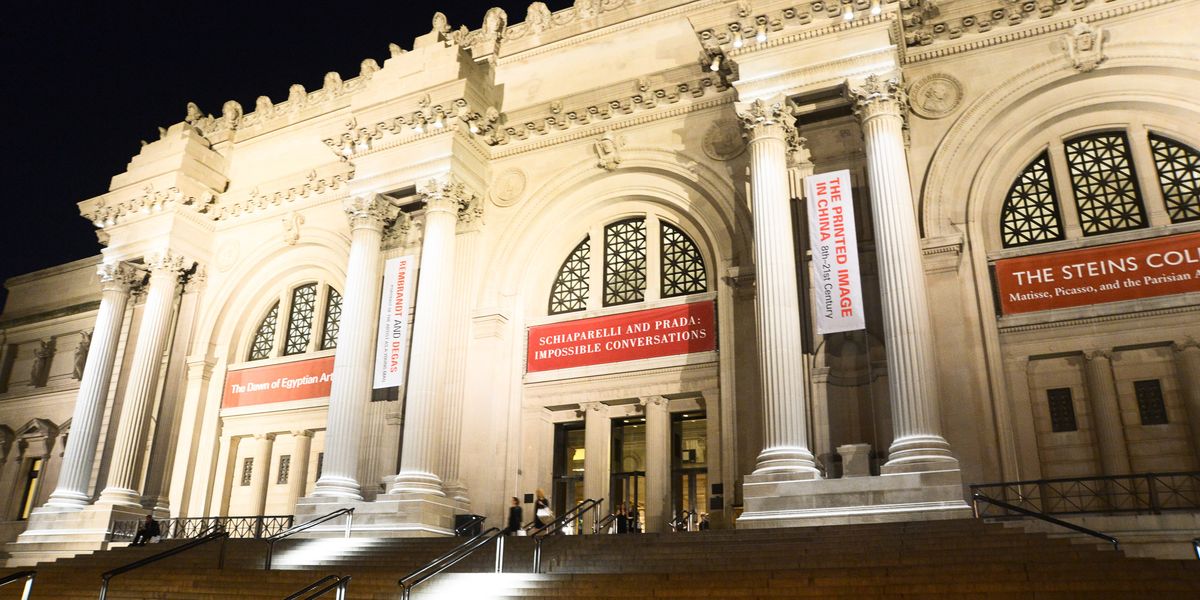 Like Hollywood, the music industry, and fashion before it, the art world is beginning to take a closer look at how it approaches matters of diversity and inclusion. New York City, widely renowned as a global hub for art, from curators and venues to creators, is setting an example of what said diversity can look like.

Last week, New York's Mayor Bill de Blasio announced the next phase of CreateNYC, a citywide initiative launched in 2017 aiming to provide a "long term framework for promoting greater equity, access, diversity, and expanding opportunities for all residents to participate in the City's vibrant cultural life." CreateNYC's 2019 Action Plan, developed by the NYC's Department of Cultural Affairs, streamlines the 90-plus recommendations from the original, ranging from best hiring practices to original programming, into "five broad objectives with 22 supporting strategies."

The updated plan includes a reported cultural budget for $212 million, its largest ever, to be disseminated next year to institutions who have shown marked progress implementing their own inclusion plans. This is based on a new study from the cultural affairs office incorporating 7,000 responses from employees or board members at 65 institutions.

A 2016 study found that two-thirds of the art industry workers surveyed identified as white, which only represented one-third of New York City's population — numbers that ultimately prompted CreateNYC's initial formation. These stats are in contrast to the 10% of study respondents who said they were Black and Latinx, comprising one-fifth and one-third of the population, respectively. Then, across specialized roles held in the art world, including board members, curators, conservators, editors, and more, respondents were more than 75% white.

Nevertheless, de Blasio is tightening CreateNYC's focus. He has asked art and cultural institutions occupying city-owned property to "submit a diversity plan with measurable goals for how they're going to continue to make progress." And if institutions can demonstrate their commitment to diversity, equity, and inclusion, it would influence future funding decisions.

"It's important to ensure, if we're investing public money, that these organizations represent everyone and include everyone," de Blasio said at the time.

While all 33 arts spaces comprising the city's Cultural Institutions Group, including the Bronx County Historical Society, the Lincoln Center for the Performing Arts, and the Metropolitan Museum of Art, reportedly met the April deadline to turn in their plans in order to receive 2019 funding, public reception is mixed. Last week, the New York Post ran an op-ed claiming de Blasio's plans for diverse expansion are actually a "race-obsessed war on culture," claiming that institutions, even if mostly white-run, are "already working." The Post inquired, "Are they to put hiring quotas ahead of their missions?"

However, those within institutions feel forging ahead with the goal of greater inclusion is long overdue. Brooklyn Museum's director Anne Pasternak is among those who think so, telling Artnet News, "I think they did the right thing in allowing each museum to discover for itself what their approaches should be because every institution is unique. For example, how the Jewish Museum is going to respond to what diversity and equity and inclusion looks like is very different than how the Brooklyn Museum might approach it."

They, along with organizations like Moma PS1 have already committed to implementing changes such as full-time paid internships and creating equitable hiring practices and programming that set emerging art-world talents from various backgrounds up for greater career success. Other places, such as the Queens Museum, whose staff is already racially and ethnically diverse — speaking a dozen languages, offering programs in eight languages, and offering multilingual assistants to visitors — are dutifully looking for areas where representation might be lacking. As a result, they found that no one on its staff or board identifies as disabled. The institution reportedly plans to better utilize resources within the Mayor's Office for People with Disabilities to address this.

Three years later, even after CreateNYC was put in place, diversity progress remains mixed, with the racial and ethnic makeup of New York's cultural institutions at about the same level. One positive outlook shows that more women than men (53% to 47%) comprise art-world employment, at nearly every level, from community organizing to various disciplines from dance to theater. However, this contrasts leadership, where men still dominate. Though two-thirds of survey respondents were women, half of executive leadership and board membership is made up of men, meaning women are mostly in support roles or education and fundraising jobs. Not to mention, only 0.2% of those surveyed identified as transgender, nonbinary, or gender nonconforming.

Next year, NYC's cultural affairs department will extend the survey to include employees from 1,000 organizations plans to expand the survey to 1,000 organizations. Those numbers are useful in looking at what's missing between arts institutions and the cities they represent, and inventing new methods for accountability and closing the gaps. But it remains to be seen how far the mayor will go to enforce it. Cutting funding is certainly one motivator. It seems folks are getting the memo. As a result, New York has a chance to now model for the rest of the world what true art-world diversity can look like.