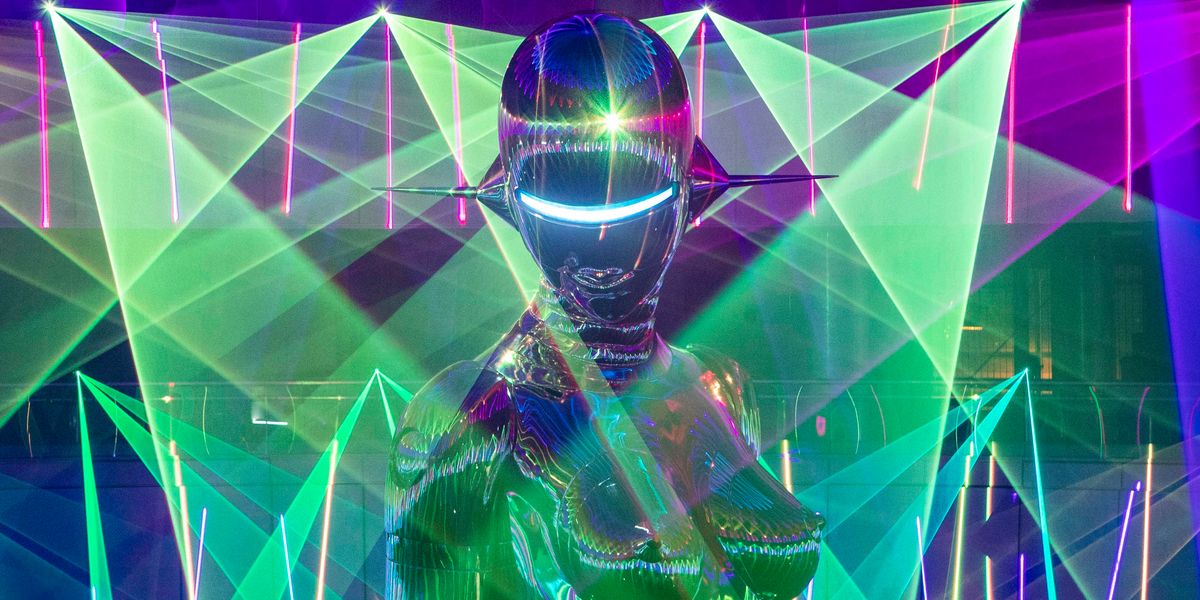 Since taking the reins as Dior Men's new artistic director, Kim Jones has not shied away from making splashy statements. If you'll recall, his spring 2019 Paris show featured super-cute plush dolls made of flowers. miniature plush toys, and updated Dior Bees, alongside classic menswear looks, all accented with bold pops of pink.

Today, Jones launched his pre-fall men's show in Tokyo, and took the city's advanced technological landscape to the next level. The set prominently featured a towering metallic female robot as its centerpiece, at just over 36 feet tall, sitting on a three-feet-high base, and conceived by Japanese contemporary artist, Hajime Sorayama. And of course a figure like that is quite heavy: at just over 20,000 pounds, it's well over 10 tons.

The construction process of this robotic creation began in mid-September, taking 20 days to paint and requiring a team of 16 people to install the robot onsite. Not to mention, the whole Mr. Roboto fantasy is illuminated by coliseum-style, ultra-LED laserlights, which feels very End of Days meets Blade Runner-style futurism via an old-school Grace Jones performance or Daft Punk video. Not mad at any of it, especially the way this centerpiece doubles as a futuristic symbol of worship to the power of woman, whether cyborg or real.

And that's not even talking about the clothes, which have been livestreaming this morning. That's a whole other post. See exclusive photos from the pre-fall 2019 men's set, below.