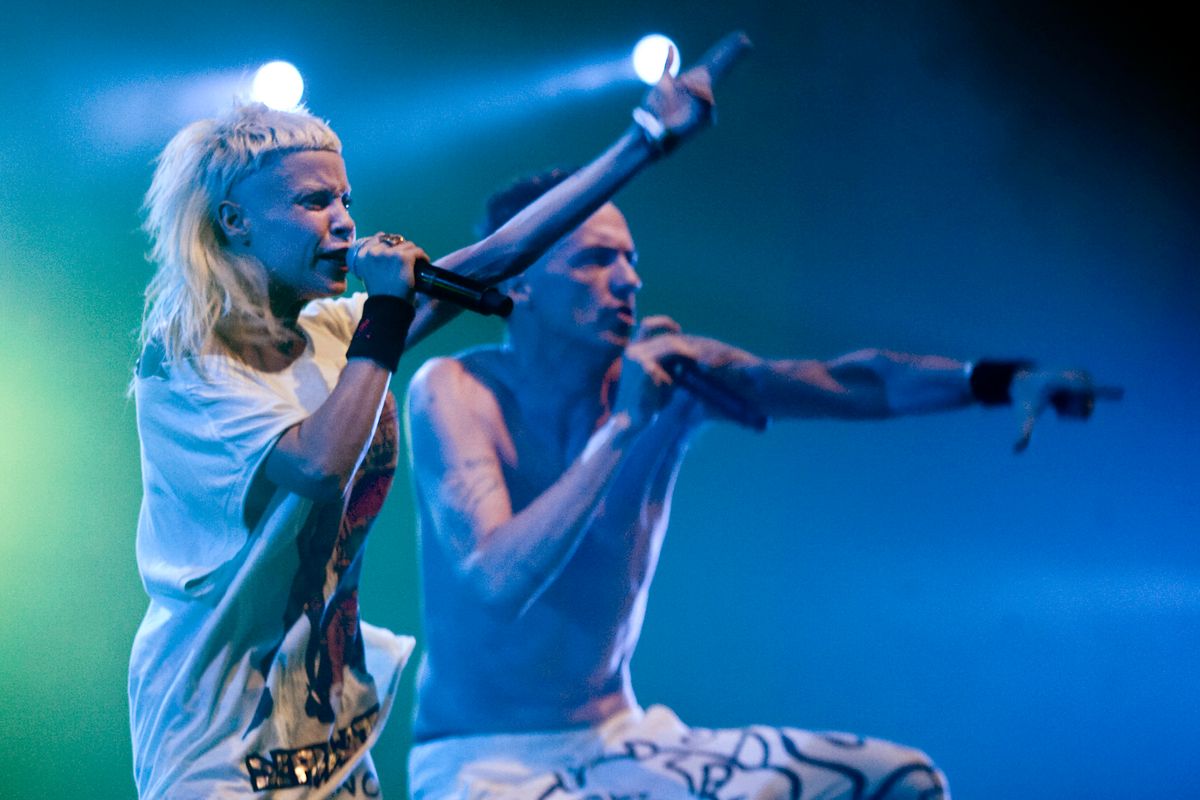 Die Antwoord have reportedly been dropped from an upcoming music festival after footage of a physical altercation between the South African duo and Hercules and Love Affair's Andy Butler went viral earlier this month.

One particularly disturbing clip appears to show Yolandi yelling, "Run f*ggot, run. Run for your life bitch," as Butler runs away. The two can then be seen telling several staffer that Butler sexually harassed Visser in a portable toilet, before Ninja lauds a crying Visser for an "Oscar-award winning" performance, per NME.

According to the publication, Die Antwoord have since been dropped from Kentucky's Louder Than Life festival due to "unforeseen circumstances" — though there's no direct mention of the alleged attack being the cause. A Reddit user alleges that the duo have also been removed from the line-up at Las Vegas' Life Is Beautiful Music & Art Festival — though that hasn't been officially confirmed.

In response to the video's surfacing, Ninja accused Crossman of editing the clip "to make it seem like me and ¥o-landi commited a hate crime towards a person because they are gay."

"However, Ben beat up the guy from Hercules himself while filming this same video clip," Ninja continued to allege. "This was just a fight with someone who fucked with us. Not a hate crime. This fight had nothing to with the fact that this guy was gay. We dont care about people's sexual preference. Our DJ and best friend DJ HITEK is gay, and alot of people in our crew are gay."

That said, Crossman has since told EDM.com that none of the footage was "doctored" and that two other people have the "unedited clips and they can vouch that it is not doctored."

And while Crossman admits to "participating in the assault of Butler" alongside Die Antwoord's sound engineer, Diak Voigt, he said he only tried to restrain him. According to Crossman, he was "tricked" into thinking Butler had groped Visser.

Butler has yet to respond to the allegations.