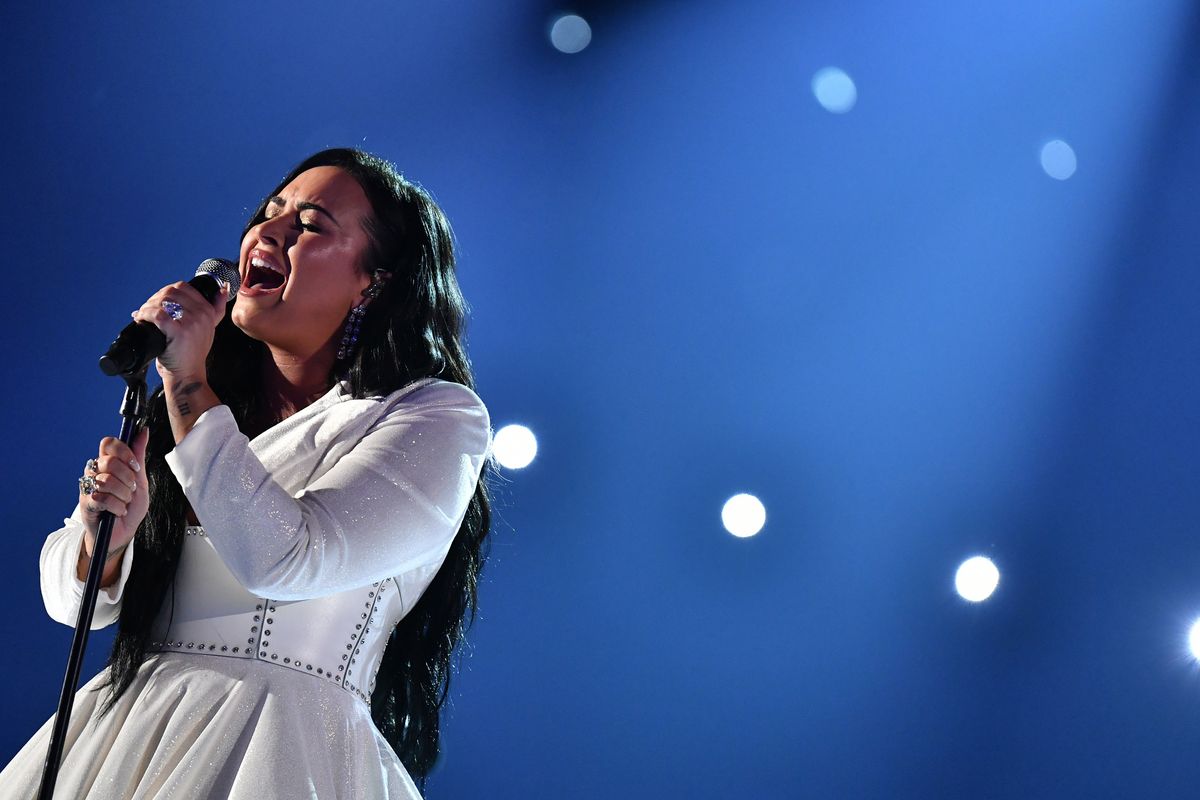 It was hardly a week ago that we heard the news of Demi Lovato and Max Ehrich's breakup, ending a two-month engagement that, from the outside, looked like the culmination of a whirlwind romance over just half a year. Now, Lovato is breaking her silence with the release of a breakup ballad, "Still Have Me," which centers her pursuit for self-love in an otherwise damning moment of heartache.

The song captures the relatability of a devastating loss in love. Lovato sings, "I'm a mess and I'm still broken/ But I'm finding my way back/ And it feels like someone's stolen/ All the light I ever had," mirroring the struggle to navigate back to who you were once a partner walks away.

But Lovato sees the light in the song with lyrics that show the potential for rebuilding and self-growth after a hard, fast heartbreak. "I still believe/ And that's all I need/ I don't have much but at least I still have me," she belts, giving herself room to breathe and acknowledging that, while the moment isn't perfect, she is here to stay. As she said in her initial tweet, music is always there for her.

Fortunately, Lovato isn't alone in her pursuit of healing. Her fans are living for her self-love and they have taken to the replies of her tweet to show their support during an otherwise dark time.

THIS IS COMING TO END CAREERS

I WAS READY BUT NOT THAT READY pic.twitter.com/LvuDfetTm5

I drew this during the time the news broke 💗 love you so much pic.twitter.com/5SQi3nyVWb

Truly one of your most stunning and accomplished ballads. The harmonies, the production, the lyrics. pic.twitter.com/wXsjvgkGaA

Lovato and Ehrich's breakup comes after a series of unearthed tweets and Instagram lives in which Ehrich speaks openly about his "crush" on Selena Gomez, with one alleged tweet from a fan's screenshot reading, "Hahaha Selena Gomez and Demi are cute togueter [sic] but boy if you think Demi is prettier … you're WRONG!" Though Lovato initially defended Ehrich, their engagement ended days later.