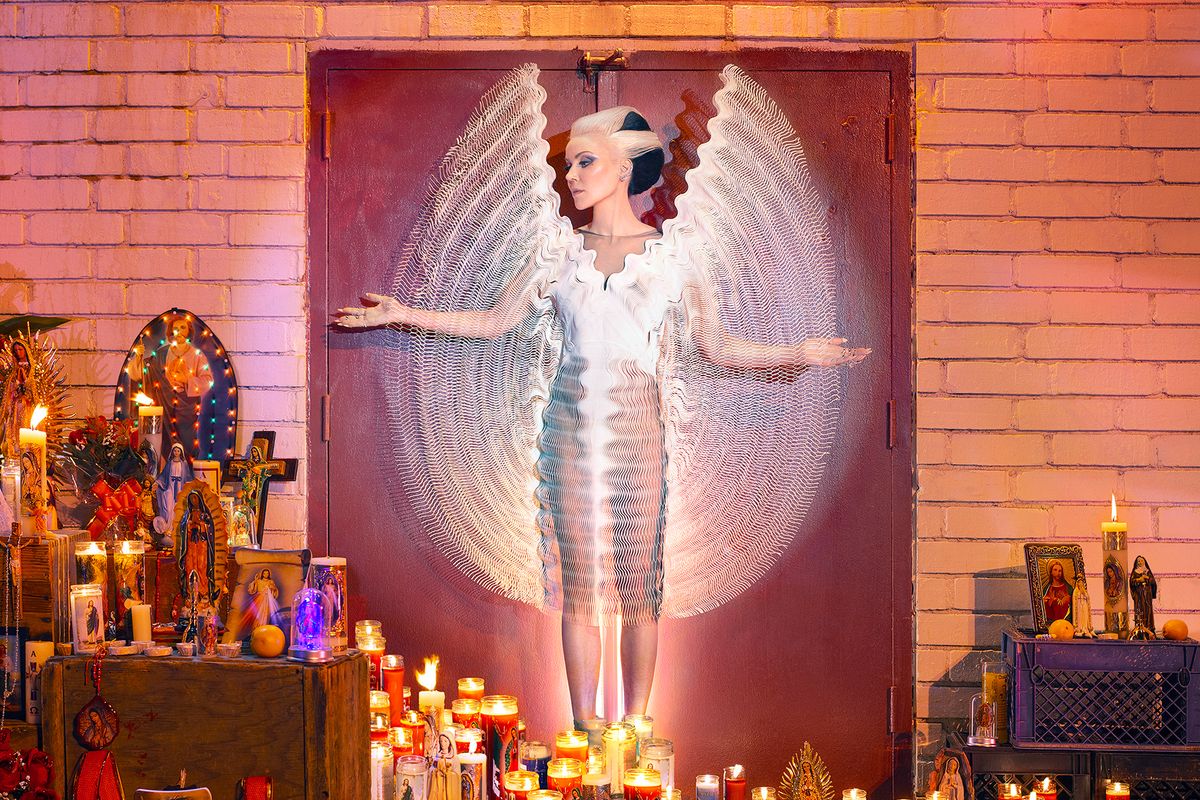 "I'm always preparing for the worst," Daphne Guinness tells me over the phone from LA, where she's been cooped up at home since quarantine rules went into effect. She's reflecting on the countless apocalyptic themes she's explored throughout her career in both fashion and music. "But it's also light and dark," she says. "I play with those things quite a lot."

The fashion icon, heiress and philanthropist, known for her avant-garde style and relationships with the world's most important designers and creatives, is here to talk about David LaChapelle, her good friend and longtime collaborator, whom she worked with for a three-part video series featuring music from her upcoming album Revelations.

In a way, it's rather jarring seeing these videos placed in the context of today's somber news cycle, something she acknowledges as well. "It does feel somewhat strange to have these three videos in the times that we're living in," she says. Among the scenes are car crashes, raging fires, and panicked crowds of people fighting and attacking each other, all of which conjure an "end-of-the-world" reality.

"It's a fairly serious film," she says. "Making a frivolous video wasn't something I really wanted to do. It didn't really feel right." Guinness adds that what she loves about this project is that they're not music videos, but rather pieces of art. "It's not about me, that's what's so great. I'm not lip syncing. There's no close-ups. It's about us as a human race. It's an allegory of our times."

References to the Book of Revelations are explored throughout. But while the themes of tragedy and catastrophes strike a menacing tone, Guinness says she still wanted to infuse some light humor, as seen in the third chapter's "jalapeño" detail.

Though Guinness is consistent in her apocalyptic approach, there's a newfound sense of hope she's been experiencing lately. "I feel strangely hopeful for the first time in a long time," she says. "Isn't it strange to feel quite hopeful after feeling so gloomy after so many years?"

Naturally, the videos are filled with Guinness' high-octane and dramatic flair for fashion, including full Gucci and Iris van Herpen looks (she counts the latter as one of her best friends). And on another lighter note, she's been having fun experimenting with TikTok, where she's been able to show off a lighter side of her.

"It's quite funny. I'm not sure how it works, really. I'm still trying to get the hang of it," she says. "Someone has to help me. It is quite interesting. I'm not very good at these dances, that's for sure. But it's a funny platform."

In all, she's happy to be releasing the videos at this point in time, where viewers sometimes need an escape from the realities of everyday life. "They're beautiful and there is something wonderful about seeing it sort of orchestrated in one piece" she says. "There's something hopeful and beautiful about them which is what I think is what we need."