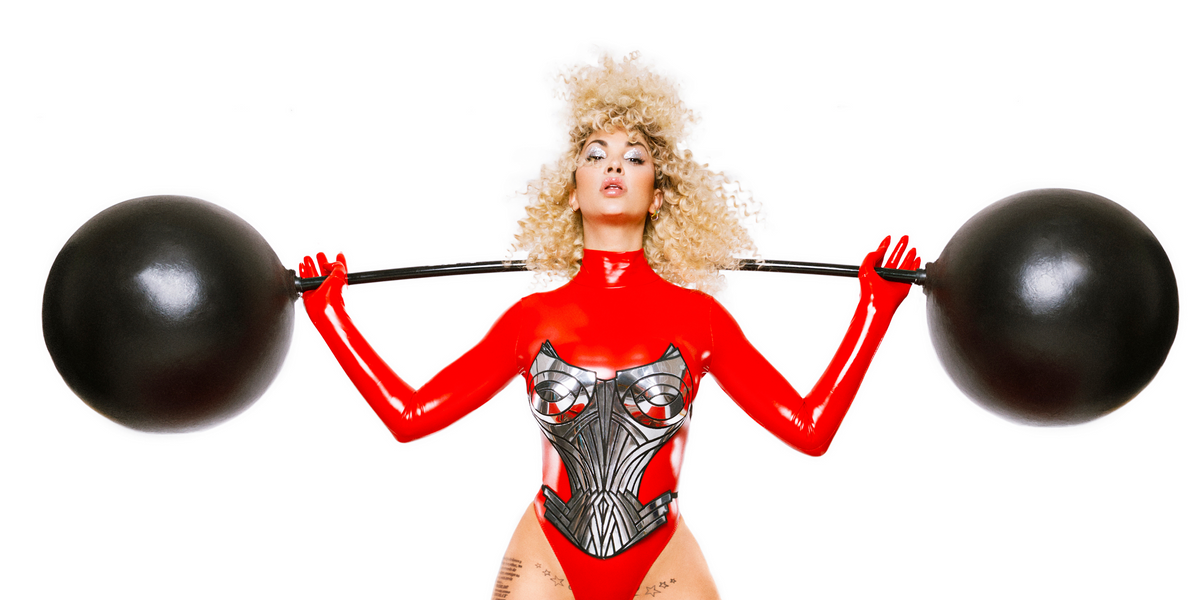 Daniela Santiago Has All the Power

From the moment a sultry, sharp-tongued woman emerged from a dark alley against the headlights of a car 25 years ago, her shadowed figure sauntering towards an eager TV reporter, the world was immediately entranced by Cristina Ortiz Rodríguez, better known as La Veneno.

The Spanish bombshell and trans icon became the subject of an entire limited series in 2020 that was picked up by HBO, and was portrayed immaculately by a then-unknown actress named Daniela Santiago. Her bold presence, dynamic personality and striking features captured La Veneno's unapologetic and vivacious nature to a fault.

Needless to say, Santiago's life hasn't been quite the same since the show aired to rave reviews globally. "I finally began to dedicate myself to what I really always wanted to be, to acting and the world of art, to become an actress and to be able to work from it," she says. "As a result of this beautiful project I see that I am a reference for many people in the group that I have been able to help and that makes me very happy."

Indeed, this was Santiago's first major acting role after spending most of her career as a dancer in Madrid, Barcelona and Ibiza nightclubs. (She explains that she could only "work at night" due to limited opportunities as a trans woman in Spain to get jobs during the day.) It was there she made some contacts in the fashion industry, and her modeling career took off at age 22.

"At first I was afraid that people would hurt me for showing who I was, but that fear disappeared when I realized the power I had and the desire to improve and be really me."

Some eight years prior, Santiago first began first gender transition journey. "When I confessed it to my mother it seemed that she was waiting for the moment for me to be honest with her," she remembers. "At first I was afraid that people would hurt me for showing who I was, but that fear disappeared when I realized the power I had and the desire to improve and be really me."

She continues, "At 18 I put on my first breasts; I remember that it was one of the happiest days of my life, finally my body began to look as in my dreams. When I was 22 years old, I made the sex change, thanks to my mother, who with all her love paid it for me, since working, dancing and modeling only gave me [enough] to pay my expenses and the rent of the apartment."

Santiago recalls the early days living in Madrid where she'd sometimes have to fend off ignorant and poorly educated people who messed with her simply for being the way she was. Though attitudes and acceptance toward the trans community in Spain have bettered over the years, Santiago feels there's still a long way to go and is intent on continuing to fight for her human rights.

At the same time, she acknowledges how lucky she is to have had a generally happy childhood and household in Málaga. She cites strong, iconic Spanish women as her influences growing up — Sara Montiel, Lola Flores, Carmen Sevilla, Bibiana Fernandez. But it was her mother who was the center of her universe, and whose acceptance she never took for granted. "I recognize that I was always a privileged person because I could be what I always wanted and I had support at all times," she admits.

"I feel that my career has just begun."

These days, Santiago is more in demand than ever. Campaigns with Roberto Cavalli and Desigual x Esteban Cortazar have kept her firmly on fashion's radar, while her upcoming film projects include roles in Marco Romero's Alma, Verano 1981 and Pedro Almodóvar's Parallel Mothers alongside Penélope Cruz and Rossy de Palma.

"I hope to achieve many more things, to work with great directors and producers from the United States and throughout Latin America and continue helping my people," she says. "I feel that my career has just begun and there is much to learn and to show the general public!"

The New 'Gossip Girl' Also Has a New Soundtrack

The Driver Era Takes Us Behind Their 'Heaven Angel' Video

'Call Me If You Get Lost' Debuts at Billboard No. 1

Maybe the Young Thug Musical Will Save Hollywood

Mac and Cheese Ice Cream Is Dividing the Internet