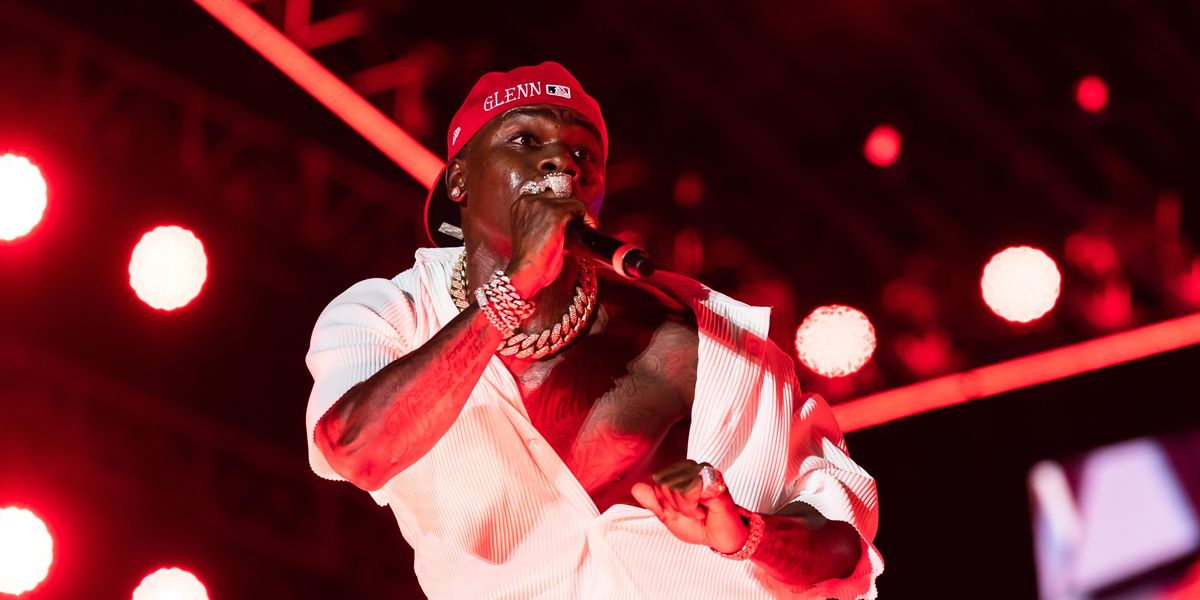 Just hours before rapper DaBaby was set to perform as a headliner at Lollapalooza, he was pulled out of the lineup by the music festival's organizers.

Last week at the Rolling Loud festival in Miami, DaBaby made disturbing homophobic and misogynistic comments about HIV. The rant, which was condemned by many fans and fellow artists, is ultimately what led Lollapalooza to cancel his performance.

The festival's official Twitter posted, "Lollapalooza was founded on diversity, inclusivity, respect, and love. With that in mind, DaBaby will no longer be performing at Grant Park tonight." Young Thug and G Herbo will be taking over his time on the stage.

Lollapalooza was founded on diversity, inclusivity, respect, and love. With that in mind, DaBaby will no longer be… https://t.co/AJDMBAlP1F
— Lollapalooza (@Lollapalooza)1627828251.0

In the viral video that circulated around social media, he's heard speaking to the crowd, "if you didn't show up today with HIV, AIDS, any of them deadly sexually transmitted diseases that'll make you die in two, three weeks." He added, "Ladies, if your pussy smell like water, put a cellphone light them up. Fellas, if you ain't sucking dick in the parking lot put your cellphone light up. Keep it real."

Celebrities like Elton John, Madonna, Questlove and even his "Levitating" collaborator Dua Lipa have spoken out against these unacceptable remarks. And fashion company BoohooMAN announced that they will no longer be working with the rapper.

To show your support for those living with HIV/AIDS, you can donate to various organizations linked below.