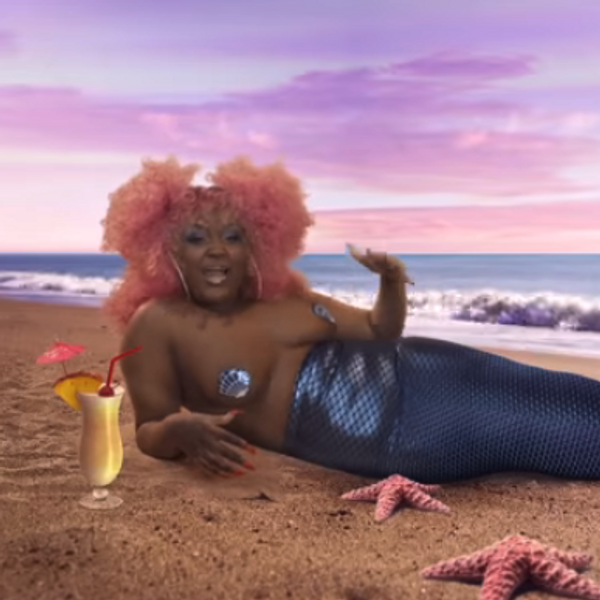 CupcakKe Is A Dick-Hunting Mermaid In Her New Video

What's great about CupcakKe, is how she seems to both revere the dick and disdain it. The dick is everything to her, and nothing, all at once. This relatable tension is at the heart of her new video for "Squidward Nose," the first music we've heard from the rapper since 2018's Eden.

Related | CupcakKe's New Album Is Fiery, Personal And As NSFW As Ever

As CupcakKe searches the sea for dick in the X-rated, Nickelodeon-esque video, as always, she's really hunting for her own pleasure. In front of a comically bad tropical green screen (to match the song's tropical beat), she's transformed into a mermaid with only a metallic fishtail and some Lil Kim-esque seashell pasties. CupcakKe lounges regally at the bottom of the sea, surrounded by phallic flora and fauna, including clams that wave cunnalingus-ready tongues. At first she chases after a disembodied dick, which comedian John Early uses for fishing bait, but a shark gets it instead.

Be sure to watch till the end to catch Cupcakke, as the song promised, getting it good from Squidward: