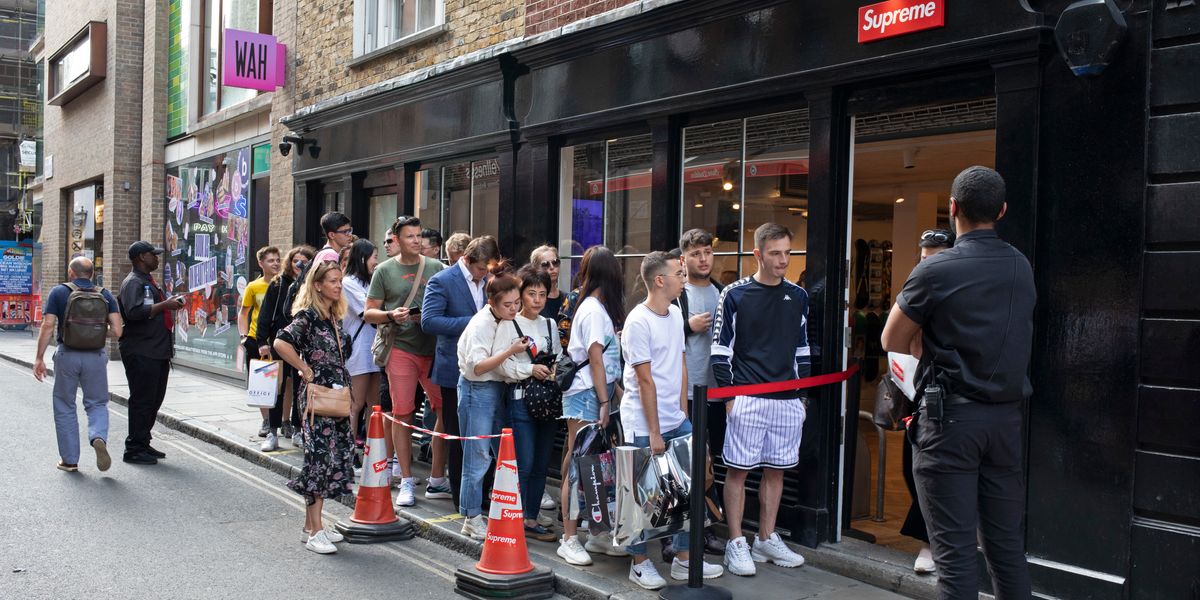 The Coronavirus Is No Match for Designer Sample Sales

While health officials are recommending "social distancing" among other measures to prevent the spread of the Coronavirus, some diehard fashion fanatics are apparently willing to take their chances in the name of bargain hunting.

Outside a Fendi sample sale in London this morning, herds of crowds were seen forming longs lines and clusters going around the block at Arlettie, a venue that houses different sample sales for luxury brands. BBC journalist Karen Morrison was on the scene, tweeting a picture of the people perhaps eager to score a Fendi Baguette or Peekaboo at a fraction of the normal cost.

Sample sales are notorious for their large crowds and testy shoppers, who will do whatever it takes to find a great deal. (Sample sale prices can be as low as 80 to 90 percent off retail.) But with COVID-19 looming over everyone's heads this week, the impulse to purchase designer duds is rather surprising.

Even at Supreme, the streetwear label known for their long lines and hypebeast shoppers, it's business as usual. Hundreds of eager customers were waiting in long lines outside the brand's SoHo store in New York, according to GQ. Apparently, some were not worried about contracting the virus. "You're a New Yorker, you kinda thug it out," one person in line told the outlet.