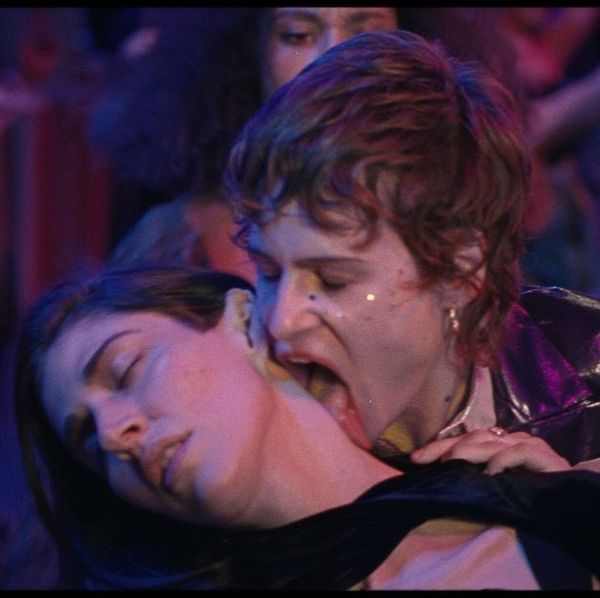 Earlier this month, Christine and the Queens dropped a new single, "People, I've Been Sad," marking the singer's first solo release since 2018. Now, the musician is following up the emotional ballad with a surprise-released EP, La vita nuova, and an accompanying short film.

The EP and film span six songs about heartache, fear and freedom, sung in English and Christine's native French. Shot at the iconic Palais Garnier opera house in Paris, it's directed by Colin Solal Cardo and choreographed by Ryan Heffington. Christine starts by standing atop the opera house roof, basking in sunlight before a struggle with "The Fauna," a red-eyed, horned character played by Félix Maritaud. The film moves throughout the opera house, following Christine in rehearsals and onstage, before running down the theatre's grandiose staircases to find The Fauna passed out and bloody. Christine inherits his spirit, and begins her transformation into a similar creature.

Related | Christine and the Queens Knows the Feeling

As Christine portrays this vampiric character, the video reaches its climax as the EP's title track backs the scene. Caroline Polachek makes an appearance, singing in Italian, attracting vampire Christine's attention. The two share an intimate dance before Christine bites Polachek's neck, which ultimately completes Christine's transformation, who then sprouts the horns that The Fauna once possessed. Needless to say, the whole thing is pretty wild.

Stream Christine and the Queens' La vita nuova, below.