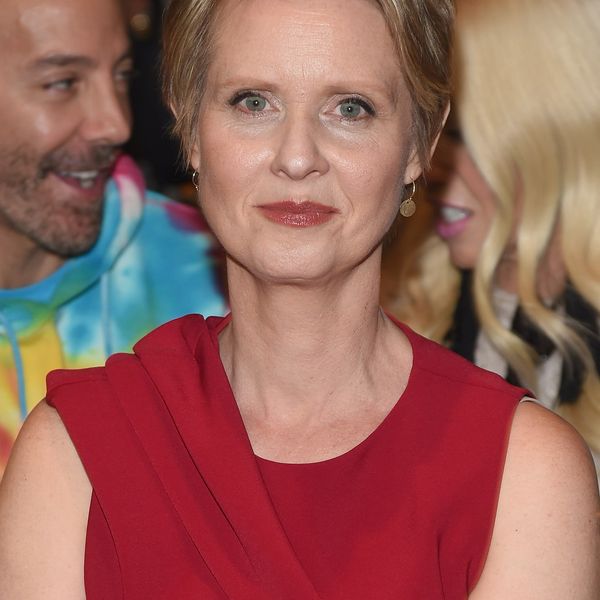 New York primaries are on September 13th, right at the tail end of fashion week. And so for his spring 2019 Hawaii-themed show, Christian Siriano used his considerable platform to endorse Cynthia Nixon's gubernatorial run. Every seat included a Cynthia for NY brochure, with a list of her policies: increased funding for public schools, justice reform, affordable rents, fixing the subway, Medicare for All, and protection of women's rights. As the slogan says: "It's time to fight for a New York that belongs to all of us, not just the few."

Siriano sent out a model in a "Vote for Cynthia" shirt, and wore one himself for his final runway walk. Nixon herself was seated front row.