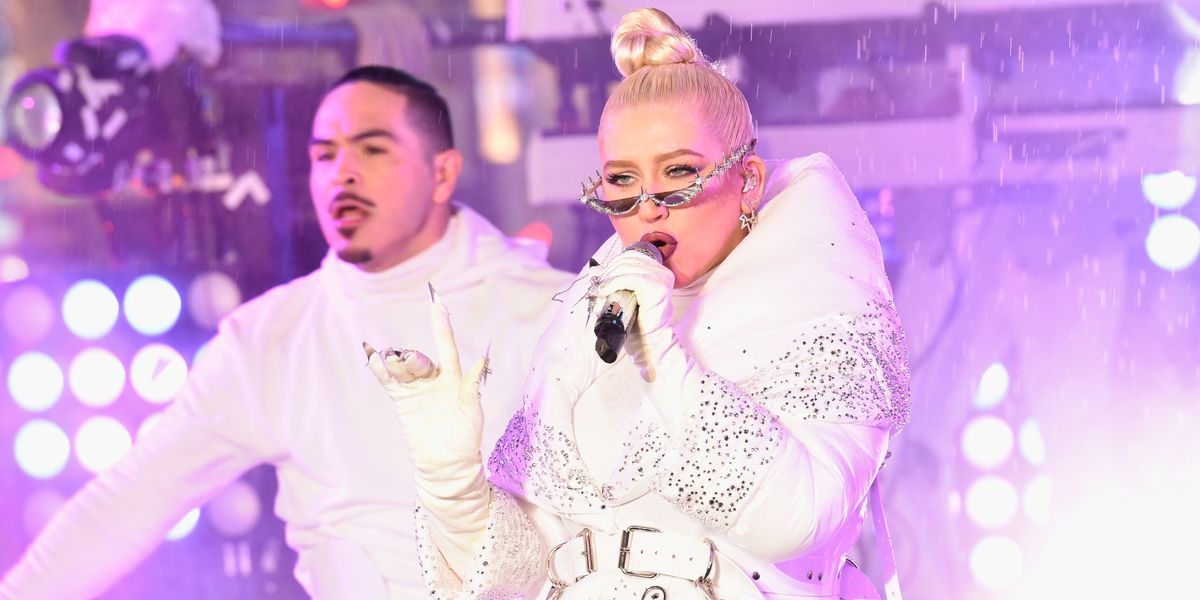 The sterling silver taloned opera gloves and serrated, crystal-encrusted slant half-sunglasses gave Xtina's billowing puffy coat, white mini-dress and PVC thigh-highs a hyper contemporary edge. Habana shared some insights with PAPER about how the his pieces came to fruition, as well as exclusive renderings from the design process.

"We were given a brief by her stylist Karen Clarkson, saying that she wanted Christina to have a 'witchy snow queen' vibe," Habana tells us of conceptualizing the look.

"To achieve this, we cast 2 styles of sterling silver styles and worked with our bench jeweler to affix them to holders that gripped our glasses at the arms and frame. We further embellished the glasses by adding crystals to it."

"For the gloves, me and the team decided to customize existing white leather opera length gloves and added hand cut metal pointed fingernails with soldered stars to them. My team sewed them onto the glove tips and further embellished them with crystals that were applied to the nails and glove fingers."

His team took care to make the bold pieces functional for Aguilera's performance.

"We were conscious on making the nails as aggressive as possible (of course our look) while making it convenient for Christina Aguilera to work with them on the mic. Special shouts to my team for getting the look together over the holidays!"

With an artist like Christina, Habana takes the utmost care:

"Someone as iconic is Christina Aguilera just needed special attention to make sure that what she wore was of the best execution and quality. It all came off so well so I am so proud that we were able to make this."

The result? Worthy of a deadly queen.