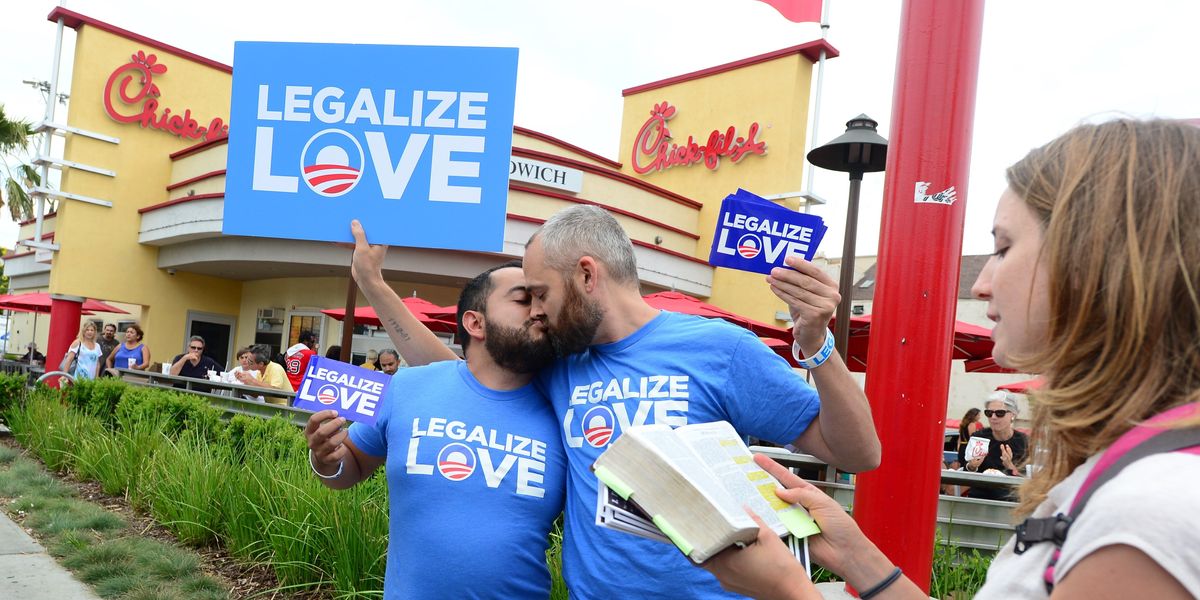 Presumably threatened by the Popeyes Chicken Sandwich hype, your guilty pleasure Chick-fil-A has finally given in and stopped backing anti-LGBTQ Christian charities. It's now semi-okay to eat there, but please note that controversial businessman Dan Cathy remains on board as the company's CEO. Cathy is known for his opposition to same-sex marriage and support of conversion therapy.

A Chick-fil-A spokesperson announced this morning that the company will re-focus its charity efforts on "education, homelessness and hunger." The company previously pledged millions to both The Salvation Army and the Fellowship of Christian Athletes (FCA).

"We made multi-year commitments to both organizations and we fulfilled those obligations in 2018," Chik-fil-A told Reuters. The chain declined to comment on whether it had been swayed by ongoing protests in making its decision.

In the United Kingdom, the first-ever British Chick-fil-A has been forced to close following a successful campaign by pro-LGBTQ groups. Activists told Reuters they were cautiously optimistic about the announcement.

Related | The Impeachment Drag Queen Is the Future Liberals Want

"If they want to be trusted by our community, they have to show that our rights are not up for debate," said LGBTQ rights campaigner Scott Cuthbertson said. "There is always space for people to change their minds and respect LGBT+ equality... We don't do anyone any justice by bearing anyone any grudges."