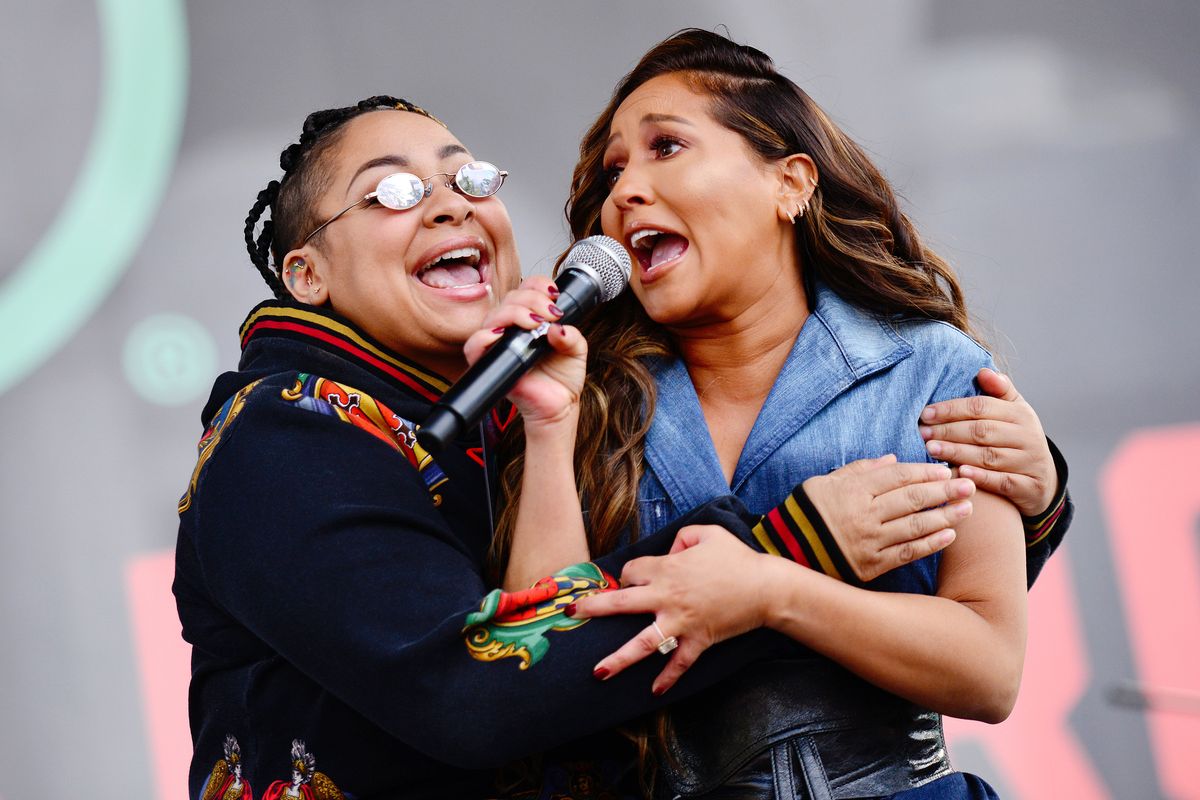 Disney Channel icons Raven-Symoné and Adrienne Bailon just served us an uplifting double dose of nostalgia with a surprise performance over the weekend.

On Saturday, the two reunited at the LA Women's March and performed a Cheetah Girls classic for the first time in years.

According to People, Bailon was in the middle of her own performance for the event when she brought Raven on stage to help her out with their 2003 iconic anthem "Together We Can" — much to the delight of the thousands of demonstrators present.

Related | Kim Kardashian Made a Horror Film With the Cheetah Girls

Because while the Cheetah Girls — which also included members Kiely Williams and Sabrina Bryan — may have disbanded in 2008, their impact is undeniable. And it seems as if both Raven and Bailon were feeling the mutual love post-performance.

Following the March, the two celebrated the brief reunion via their respective Instagrams, with Raven writing, "Yo #theangelsvoice @adriennebailon [graced] us with her voice at @womensmarch what a great turnout!" and Bailon posting a video of the performance alongside a selfie of the two.

Aww. Check out both of their posts, as well as footage from the performance, below.

“TOGETHER WE CAN” 🎶 🐾 Chu Chi & Bubbles @wmnsmarchla Love you @ravensymone 🤍