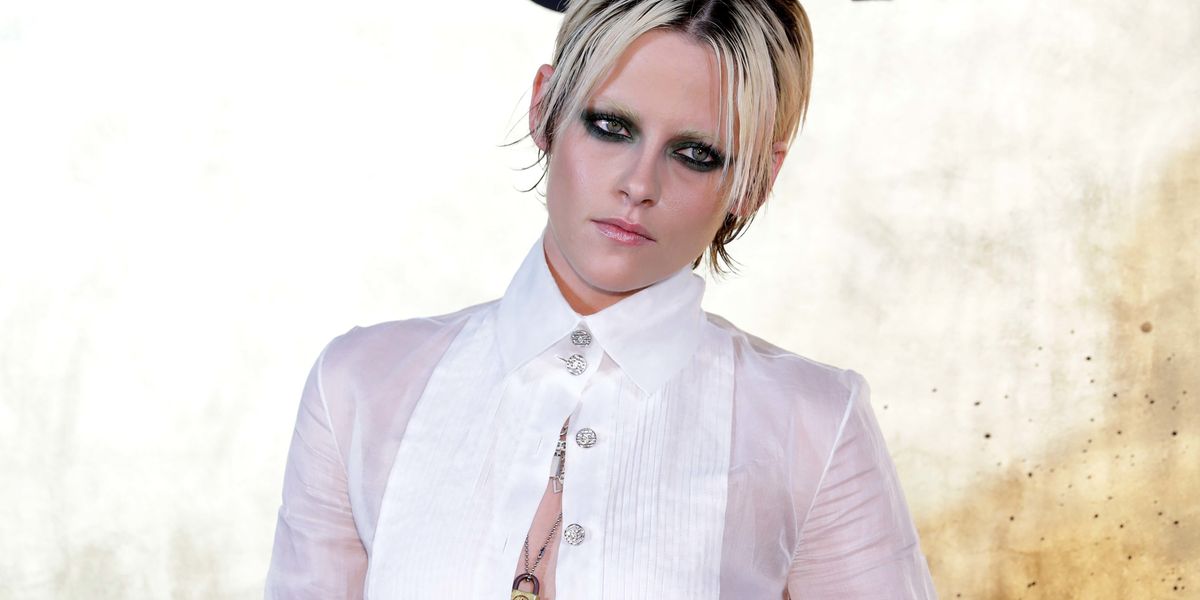 At long last, we finally have gotten the first glimpse at Elizabeth Banks' forthcoming Charlie's Angels reboot starring Kristen Stewart and, naturally, all she does is kick ass.

Flanked by Aladdin's Naomi Scott and newcomer Ella Balinski, Stewart spends the majority of Entertainment Tonight's sneak peek headbutting a man who appears to be stealing humanitarian aid money — because, what else are you supposed to do in a situation like that?

To make things even better, Stewart also told the show that the trio are incredibly "proud of our bruises" and that they love working together. In fact, she says she's "never laughed more."

"I feel like my face hurts at the end of every day," Stewart continued. "I'm like a pig in shit" — talk about joy!

But what makes this imminent trailer release all the more powerful? The fabled Lana Del Rey, Ariana Grande, and Miley Cyrus musical collaboration that's happening in tandem with the film and will be released tomorrow via the full trailer.