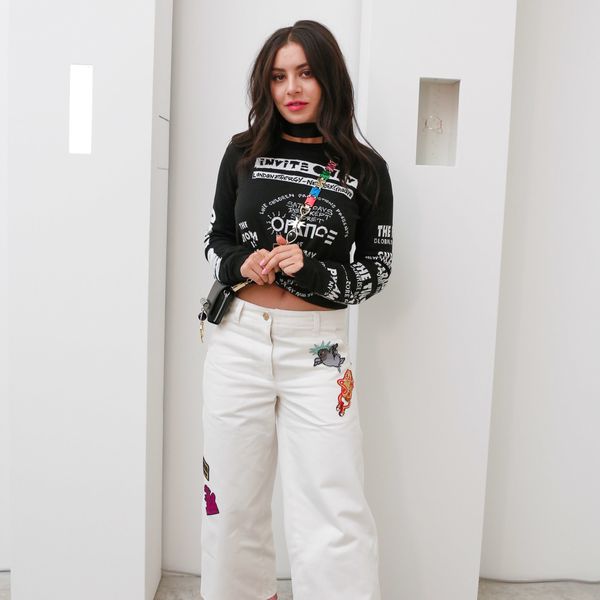 Rita Ora recently released a track called "Girls" featuring Cardi B, Bebe Rexha, and Charli XCX. The song details the singers' desires to kiss girls, and has received some backlash from queer artists like Hayley Kiyoko, Katie Gavin from the pop band MUNA, and Kehlani for its predominantly male writers and the way it seems to pander to a male gaze.

Rita Ora has since apologized for the approach the track took to depicting bisexuality, clarifying that it was about her romantic experiences with both men and women, and that she would, "never intentionally cause harm to other LGBTQ+ people or anyone." Cardi B has also apologized, and now Charli XCX has joined the conversation, saying she is reading and learning from the criticism of the song.

In an interview with Rolling Stone, the British pop singer said, "I think the conversation and dialogue around this song is really important. I try so hard to be as involved with the LGBTQ community as possible. Without that community, my career would not really be anything...I just really want to learn from this situation. I think that's something we can all do: we can all learn from this conversation. It would be great to continue this dialogue in a positive way — not in an attacking way — so that people can learn about people's feelings, about people's sexualities and viewpoints."

Charli XCX added that she has read the criticisms made by Hayley Kiyoko, Kehlani, and Katie Gavin, and that she "could totally relate to the conversation that was being had."