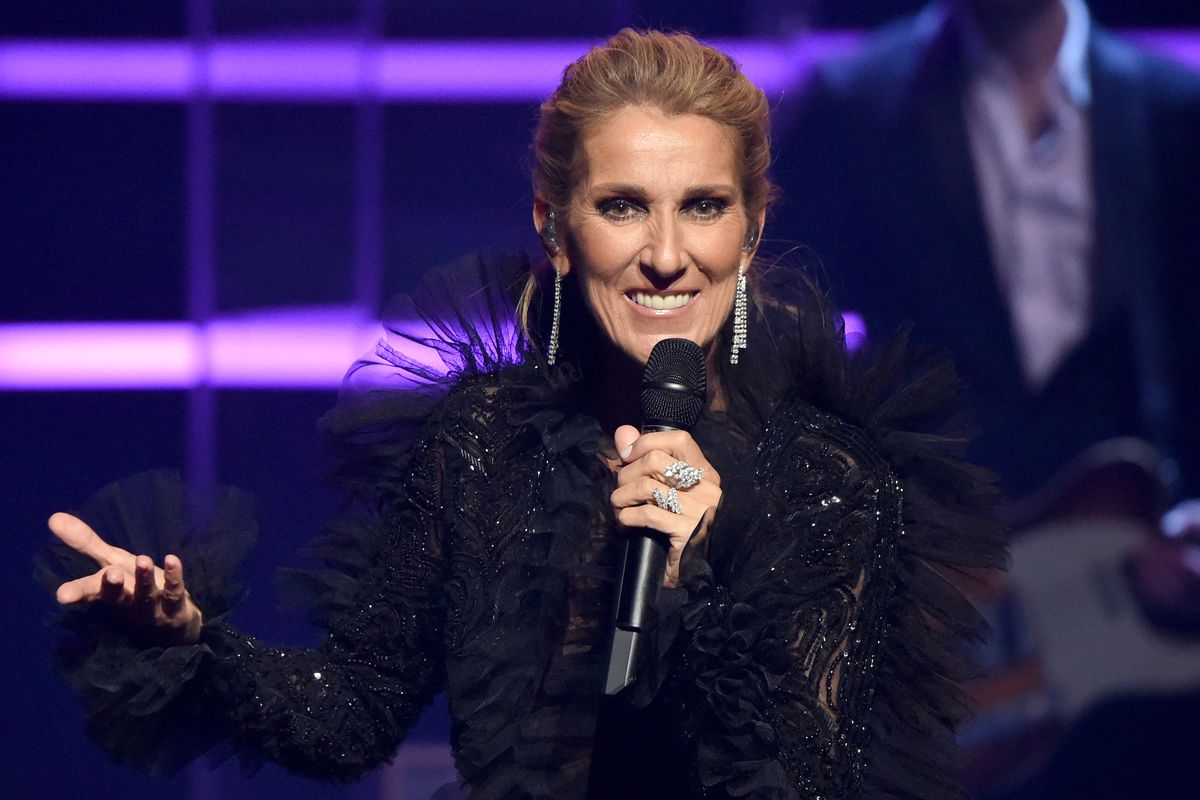 The iconic songstress and music legend Celine Dion just made her debut as a wedding singer on Friday in Las Vegas. As part of a segment for Jimmy Kimmel's late night show Jimmy Kimmel Live!, which was shot in Sin City, she serenaded a lucky couple in the middle of their ceremony.

Kimmel, his assistant Guillermo, David Spade, and Dion all went a little ways from Planet Hollywood's Zappos Theatre where the show was shooting, and found bride Kate and her groom Jason — both of whom are Majors in the Air Force stationed in Colorado.

Kimmel first popped in as the officiant, Spade came in carrying a drink in hand as he got to the "speak now or forever hold your peace" part of the speech. The actor/comedian then said, "My objection is they seem too sober, and not on my watch in Vegas." Guillermo then comes in with tequila shots.

And after the vows were said, and the couple was officially married, Queen Celine appeared at the end of the aisle to perform "Because You Loved Me," to which Kate and Jason had their first dance as Mr. and Mrs.

After a whopping 16 years of her Vegas residency at The Colosseum at Caesar's Palace —which, BTW, was made exclusively for the singer when she began her first residency in 2000 — Dion is finally saying goodbye. During her sit-down interview with Kimmel, the Canadian singer said, "First of all, it's kind of bittersweet, leaving Las Vegas. This is my second home. For me, it's not leaving Las Vegas, it's taking a new route — it's a new chapter."

Dion will be embarking on a world tour, promoting her new album Courage this year. Watch her performance of her single "Ashes," featured on Deadpool 2, below.