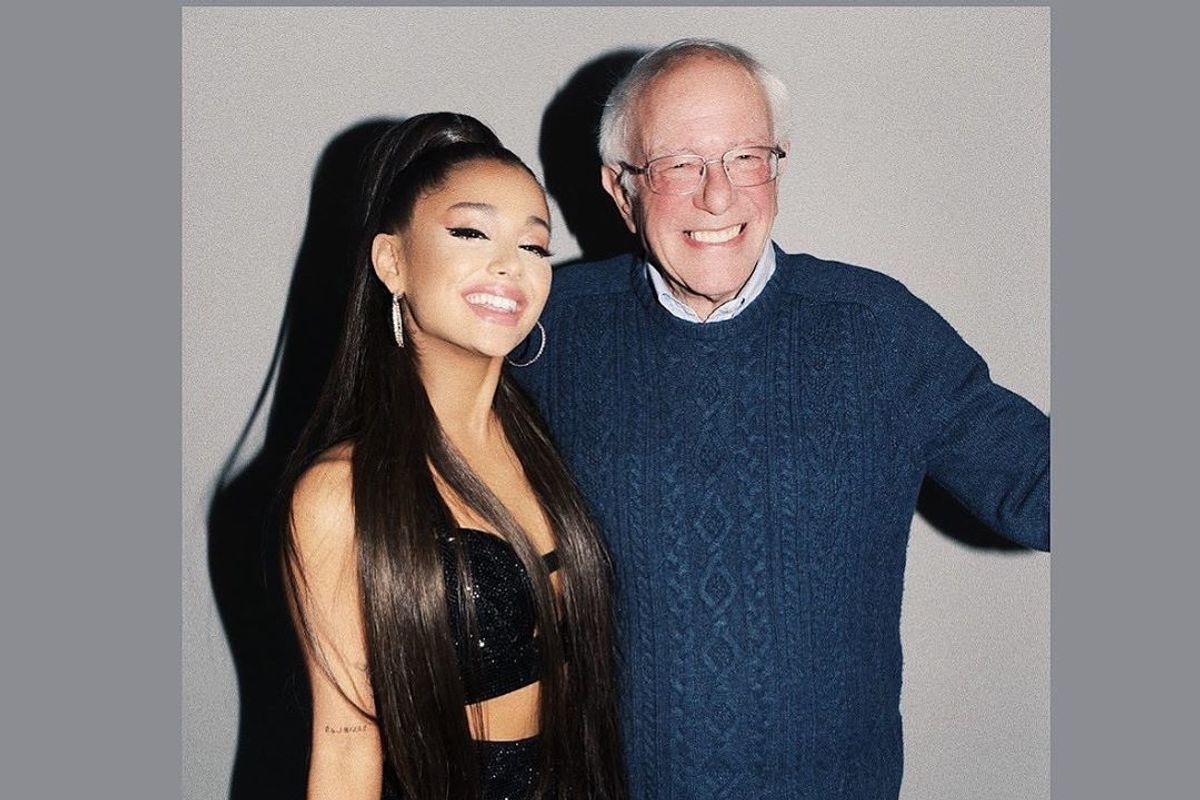 Every Celebrity Endorsement in the 2020 Primary

Good morning! It's Super Tuesday and the race for the Democratic nominee for President is heating up. Your feeds have likely been specked "I'm with X" posts, emotional soapbox tweets, and colorful graphics from your favorite pop star, indie rock band, actor, model, influencer etc.

Related | Everything You Need to Know About Super Tuesday

But with 14 states holding primaries today — including California, home of the famouses — at last, celebrities are coming out to play. From your hot girls for Bernie to your "she's got a plan for that" devotees to your Biden lifers, here's a quick guide to who your fave is voting for.

Cher has been one of Biden's most vocal fans, periodically posting long, somewhat cryptic messages of support for him in her charming brand of Twitter speak. What did he say to her! Maybe if he wins, she'll tell us.

Consistent with his older-skewing base, Tom Hanks and his wife Rita Wilson are also fans of the former Vice President, donating a few thousand to him this summer. Alec Baldwin, Rob Reiner, Sean Patrick Thomas, Jane Lynch (she was previously an Amy girl, before yesterday's drop-out), Mia Farrow, Vivica Fox and George Takei are also Joe ride or dies.

Two-time Olympic champ Michelle Kwan has campaigned for Biden while George R. R. Martin has heaped praise on Biden in a blog post, arguing Biden is "(1) someone who can beat Trump, and (2) someone who would actually be a good/ great president."

Judge Judy is Bloomy all the way. "An independent, tough-minded businessman, he represents our best chance to bring America together again and begin the long national process of healing," she wrote in an op-ed for USA Today. Ted Danson and Michael Douglas also count themselves as Bloombergers. The latter told People he hasn't been this excited about a candidate since JFK. Wow! Clint Eastwood, who spoke at the 2012 Republican National convention, told the Wall Street Journal of the race, "The best thing we could do is just get Mike Bloomberg in there."

Project Runway's Tim Gunn and designer Isaac Mizrahi are both spokespeople for Bloomberg's LGBTQ Leadership Council, while country singer John Mellencamp lent his song "Small Town" to one of the $450 million worth of ads Bloomberg has bought.

I lived in @MikeBloomberg’s New York, and I saw him fight every day for the LGBTQ+ community. And not just the adul… https://t.co/BA8ZSEadjI
— Isaac Mizrahi (@Isaac Mizrahi)1582045104.0

Bernie Sanders' endorsement list is what they call a "broad coalition." The list sees pop girls and basics like Miley Cyrus, Ariana Grande, Cardi B, Dua Lipa and Hailey Bieber stand shoulder-to-shoulder with folks like Killer Mike and Public Enemy, who actually parted ways with hype man Flava Flav after nearly 40 years over the group's decision to play a Bernie rally (Flav is remaining neutral this election). Lil Yachty has been feeling the Bern since 2016 — Willow Smith, T.I. and Zedd are more recent converts.

What happens in America doesn’t stay in America. The whole world is crying out for kinder and more inclusive leader… https://t.co/T8BWOVBTCI
— DUA LIPA (@DUA LIPA)1583248612.0

"I feel like it's kind of the bleakest moment or maybe the most hopeful moment right now," she told the Los Angeles Times. "Or it could be both. Bernie is such an inspirational figure. He's been saying the same thing for years, and he's the only candidate who has grown the Democratic party, who has done outreach to the Latino community, to people who've never been approached, as well as to black communities. He really helped create this movement that's bigger than any candidate."

"Artists and cultural producers are largely precarious laborers – often struggling without benefits, financial security, at the whim of the market...," reads the letter. "We strongly feel that only Sanders represents the values and virtues which all of us as cultural producers have always hoped to strive for."

Tune into tonight's electoral armageddon to find out which celebs really matters to America. Also vote!