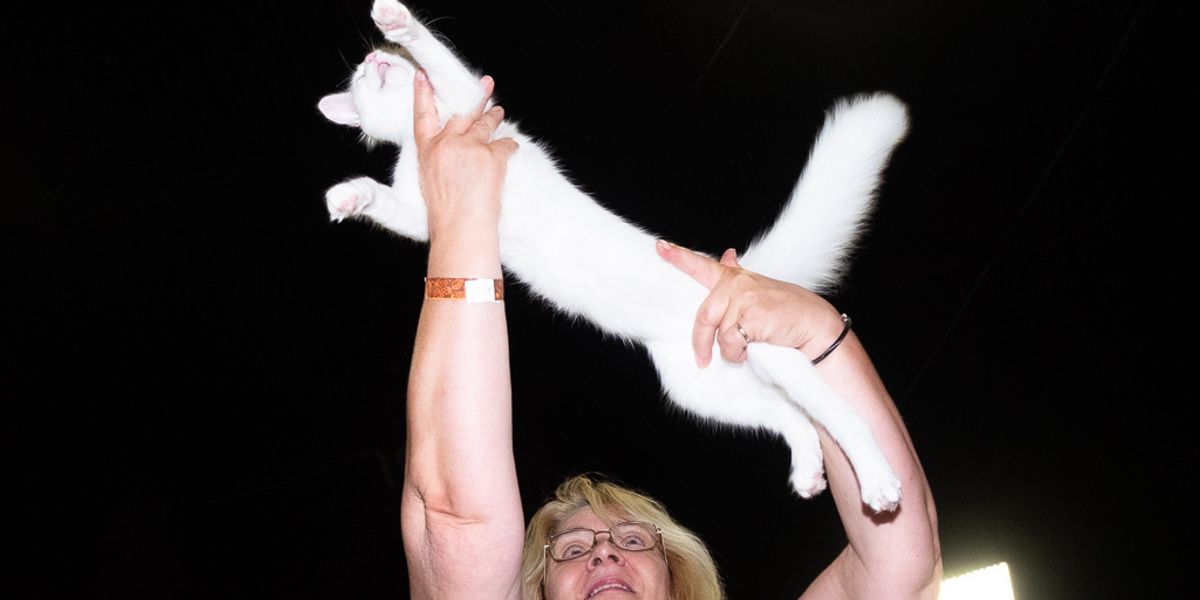 Inside the Convention for Hardcore Cat Lovers

There are over 74 million cats in the U.S. That's a lot of cats — more cats than beloved dogs, in fact. That may come as a surprise considering that canines are the poster boys and girls of household pets. They're all over social media, and dog shows are among the most watched television events of the year. But given their own hoards of human admirers, it's only right that there is an event celebrating all things feline — the Garden State Cat Expo.

There must have been 500 cats resting up in row upon row of carriers, with owners hovering around, constantly checking on their feline companions. You would be mistaken in thinking that cats lack diversity, there are dozens of varying breeds beyond the common housecat, all of which were on display. A popular breed on the day was the Maine Coone, an abnormally large cat that grows up to 48 inches from nose to tail. There was also a high concentration of Sphynx cats, which are hairless and can have a distinctive musky smell.

The centerpiece of the convention were the many cat shows. Contestants were placed on Cheshire cat themed tables and judged based on the written standards for each breed, including bone structure and coat color as well as general health and personality. There was no cheering, hollering or chanting like you might expect from other competitive sports, but that can be explained by the fact that the audiences were completely transfixed on the competition at hand.

Related | Inside the Show Where Dog Lovers Reach New Extremes

And then there were the cat owners themselves, infamously judged as pet obsessive loners and spinsters. At the Expo, they were anything but. Although technically a competitive event, it resembled more of a school reunion, with old friends swapping stories, comparing cats and sharing tips on how to make Ginger's fur plump up just right.

Walking around the endless rows of outrageously designed cat carriers, dodging owners sprinting with cats held high to the judging area, and speaking to the true cat lovers, it was clear that the relationship between cat and owner is special.