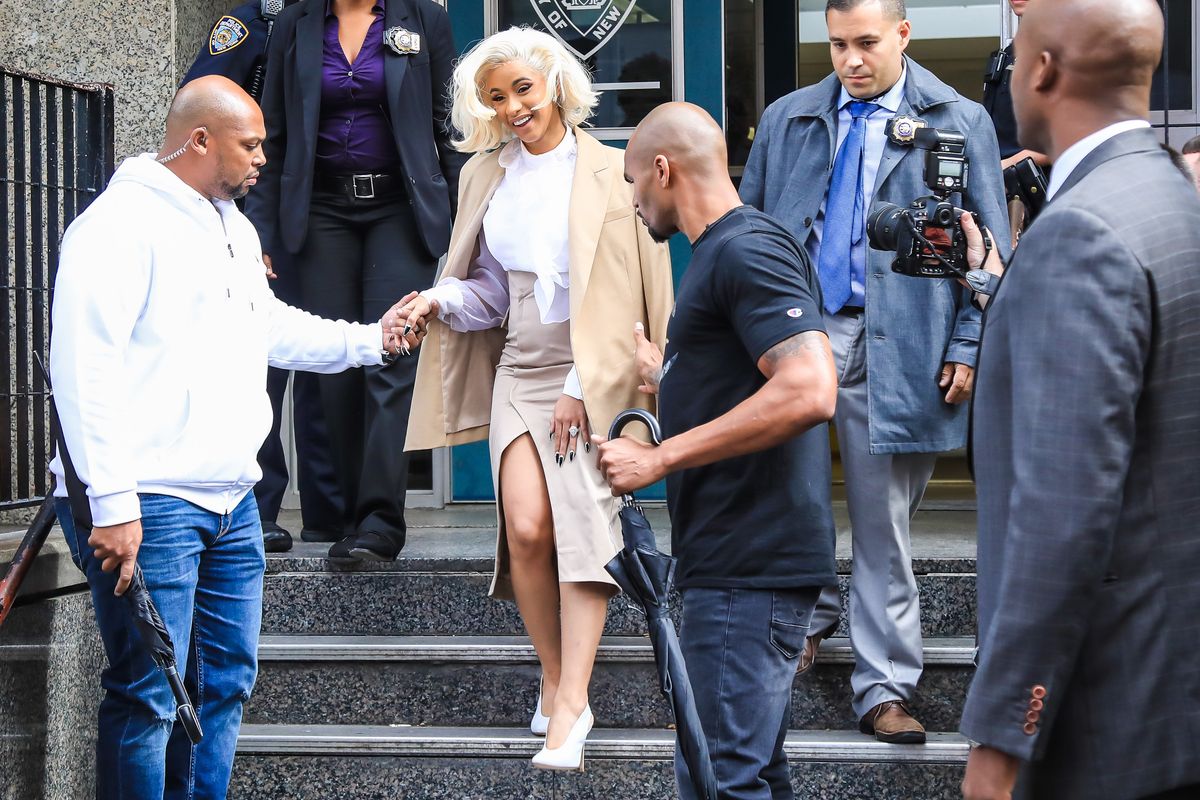 Cardi B Turns Herself In To The Police

Rapper Cardi B reportedly turned herself in to the New York Police Department earlier today in response to misdemeanor charges of disorderly conduct and reckless endangerment stemming from an incident at a club in August.

It is alleged that Cardi B ordered at attack on two bartenders at Angels Strip Club in Queens following an altercation that involved bottles and chairs being thrown. According to TMZ, the fight was caused by a long standing-beef with one of the club's bartenders who Cardi believed had slept with Offset.

She voluntarily turned herself in to the authorities Monday morning and, unsurprisingly, looked stunning doing it. Wearing a beige blazer and pencil skirt along with a ruffly organza blouse and white pumps, Cardi B left the precinct smiling and runway ready.

Related | Cardi B Flies Away in Feathered Christian Cowan Suit

This latest incident comes on the heels of highly publicized fight between Cardi B and rapper Nicki Minaj that occurred at a Harper's Bazaar party during fashion week. Cardi allegedly through her shoe after Minaj made comments about her daughter, Kulture, and was seen leaving the party bruised with a torn dress. The feud escalated as Cardi and Minaj traded words resulting in an explosive episode of Queen Radio. And then the beef took a weirdly political turn as Minaj endorsed Andrew Cuomo for New York State Governor and Cardi responding with support for Cuomo's opponent, Cynthia Nixon.

Cardi B is scheduled to appear in court October 29th with her lawyer saying in a statement that they will dispute the charges. No word yet if Kelly Rowland will be called as a character witness.