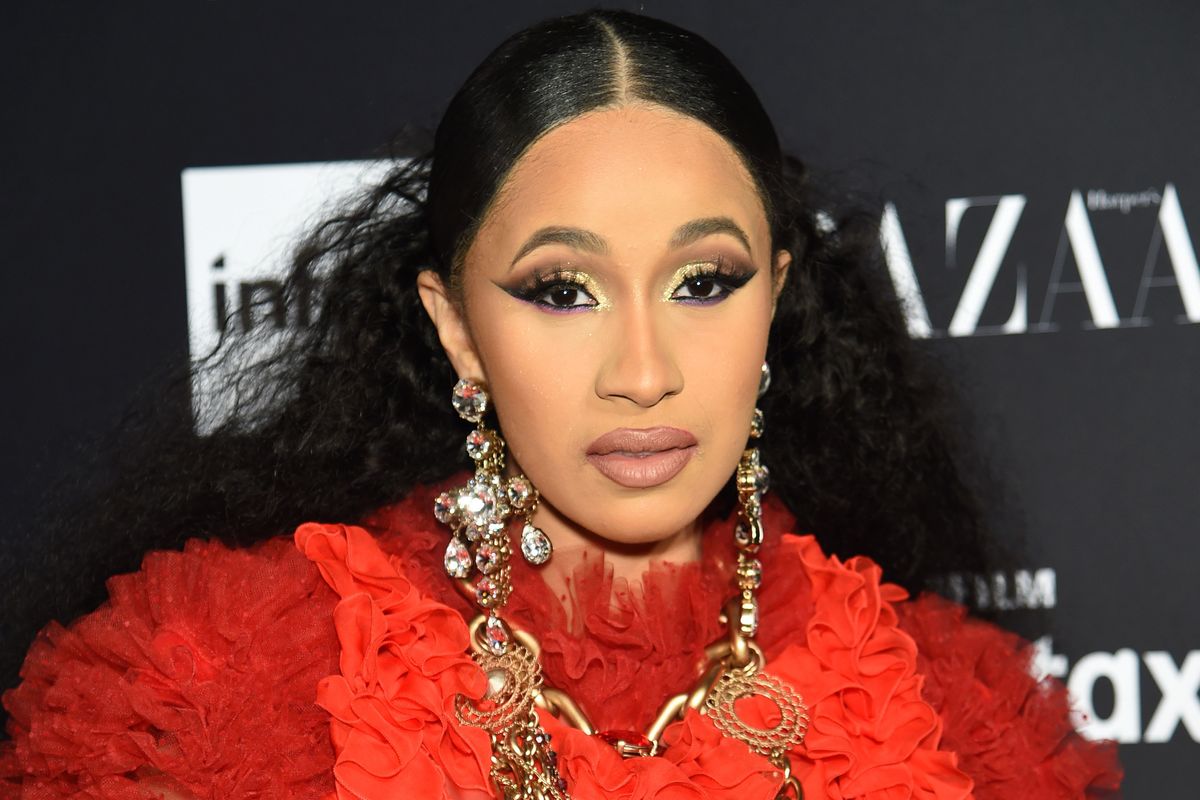 Cardi B Threw Her Shoe at Nicki Minaj at Fashion Week

On Friday night at the Harper's Bazaar ICONS party, Cardi B and Nicki Minaj got in a physical fight. TMZ reports that Cardi approached Nicki's table and was aggressively stopped by security, resulting in a golfball-sized lump on her forehead — and so she threw her shoe. Video from Cosmopolitan shows Cardi stopping near the red carpet to talk off her shoe; Nicki had stepped on the rapper's train while she was taking a photo with Kelly Rowland and La La Anthony. TMZ included a photo of the candy apple red (bloody?) Elie Saab footwear.

There is footage of Cardi shouting at Nicki, saying that someone was insulting her daughter, Kulture.

Cardi then posted a message, presumably directed at Nicki, on Instagram. "You've threaten other artist in the industry, told them if they work with me you'll stop fuckin with them!" she wrote. "I let you talk big shit about me! But when you mention my child...is when all bets are fuckin off!"

"Bitches talk all that shit in they raps but in they real life they pussy!"

After the fight, Minaj posed for this video outside the venue.