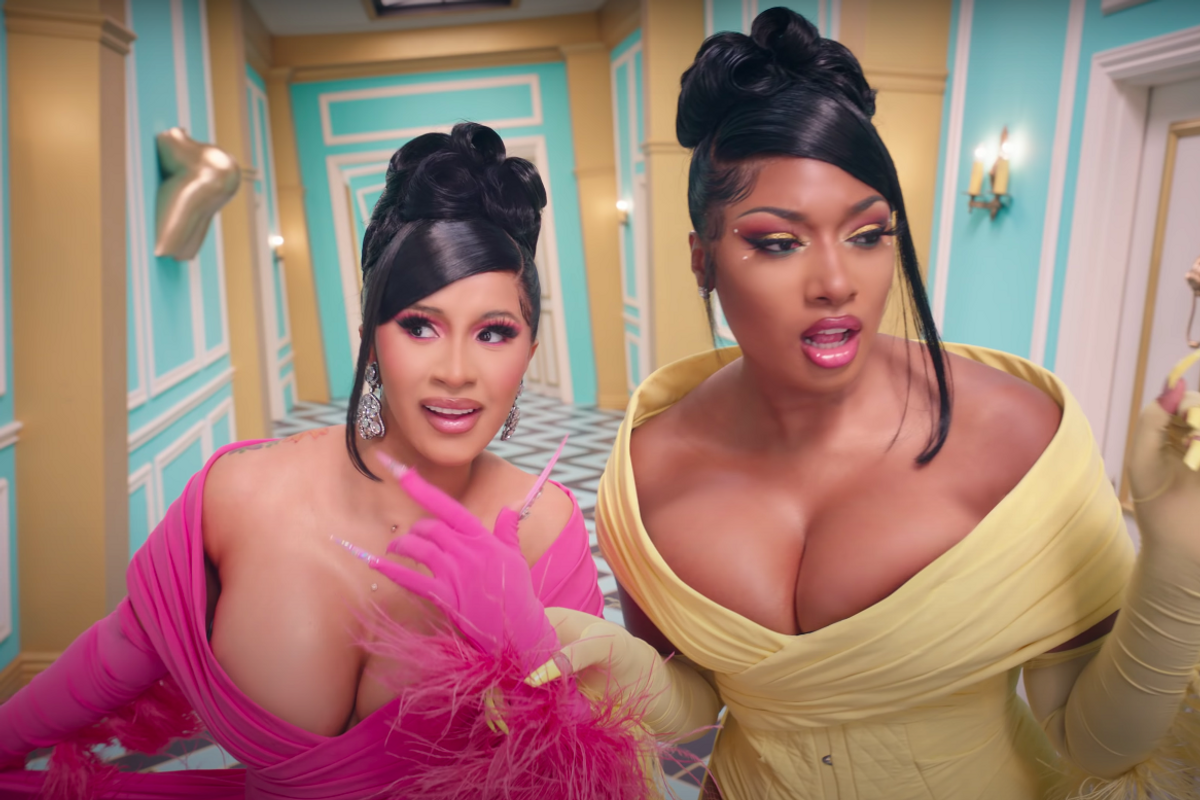 Bring a Bucket and a Mop, 'WAP' Is Officially No. 1

While Harry Styles' "Watermelon Sugar" claimed last week's No. 1 spot on the Billboard Hot 100, an even thirstier song has snagged its place. Cardi B and Megan Thee Stallion's explosive "WAP" has debuted at No. 1, making the song Cardi's fourth No. 1 with scoring Megan her second. Hot Girl Meg previously topped the charts earlier this year with her "Savage" remix.

According to Billboard, "WAP" racked in 93 million streams, which happens to be the most any track has had in its first week of release. "WAP" was also downloaded 125,000 times, beating out Taylor Swift's "ME!," which until then held the record for most downloads in a single week. Cardi and Megan's song also drew 11.6 million radio airplay impressions.

Billboard notes that the track adds to what has been a "historic" year for female collaborations. "WAP" is the ninth Hot 100 No. 1 credited to more than one woman ever, and the fourth this year. Before 2020, only five songs by two or more female acts had achieved the spot.

Other such songs to have claimed number one spot this year were "Rain on Me" by Lady Gaga and Ariana Grande, "Savage" by Megan Thee Stallion, featuring Beyoncé, and "Say So" by Doja Cat, featuring Nicki Minaj.

Cardi took to Instagram to post a video of herself celebrating the news first thing in the morning, before even getting "glammed up" as she says. "I'm just so thankful," she wrote in the caption, while still sporting that incredible paisley-printed braid. "I want to hug the LORD."

Related | Of Course, Cardi B Matched Her Hair to Her Birkin

Megan also shared Cardi's enthusiasm, sharing that they got off the phone with other screaming before taking to Instagram to thank fans. "Thank you for all the laughs," she wrote. "Thank you for having me on the record."

The news of "WAP" going No. 1 also arrived today with this instantly iconic image.