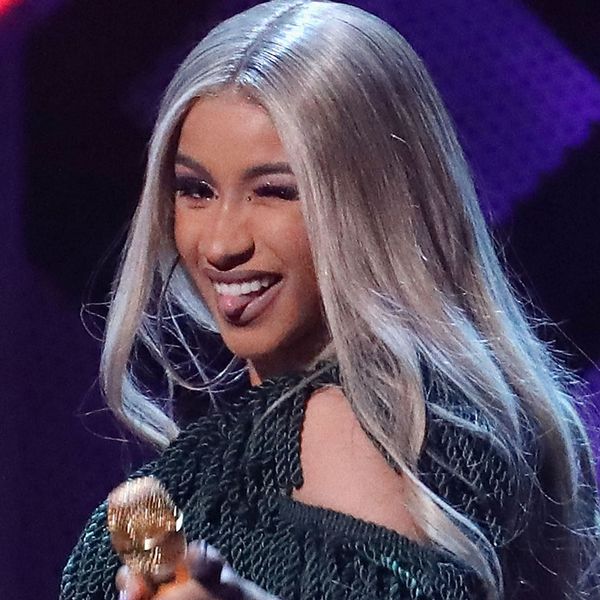 Cardi B Learned About Her Grammy Nominations in the Best Way

Before performing at the iHeartRadio Jingle Ball at Madison Square Garden in New York, Cardi B took a trip downtown to the courts for her scheduled misdemeanor arraignment. This is all because of her alleged involvement in a fight at a strip club back in August. But Queen Cardi was released scot-free, and that was the exact moment when she found out about her five Grammy Award nominations.

On Friday night, the rapper tweeted a video captured by NBC News of her walking out of the court house, when a reporter congratulates her on her Grammy nominations. Dumbstruck, all she could say was, "I am? How many nominations?" And as she exited, she let out a very Cardi B reaction that only she can explain.

Cardi captioned the video saying, "I need a do over."

This is not How expected to find out I’m nominated for a Grammy 😩😩😂I need a do over 🤦🏽‍♀️🤦🏽‍♀️😩 pic.twitter.com/aCt5WH6ZwZ

But, of course, her ever-supportive fans replied that this was the one of the most on-brand, iconically Cardi moments, ever and that this is just "perfect."

Nah. This is PERFECT. https://t.co/qjpwd5f0hk

Omg she’s literally so fucking iconic I can not. https://t.co/PdH8pqJjZs

This is the most on-brand thing of all time https://t.co/RDfgeGoVfA

Cardi b is the level of care free I aspire to be. https://t.co/p0RrJPY1Tp

The energy of the year is Cardi's first true reaction being "how many nominations?" https://t.co/rrWWqLXKrZ