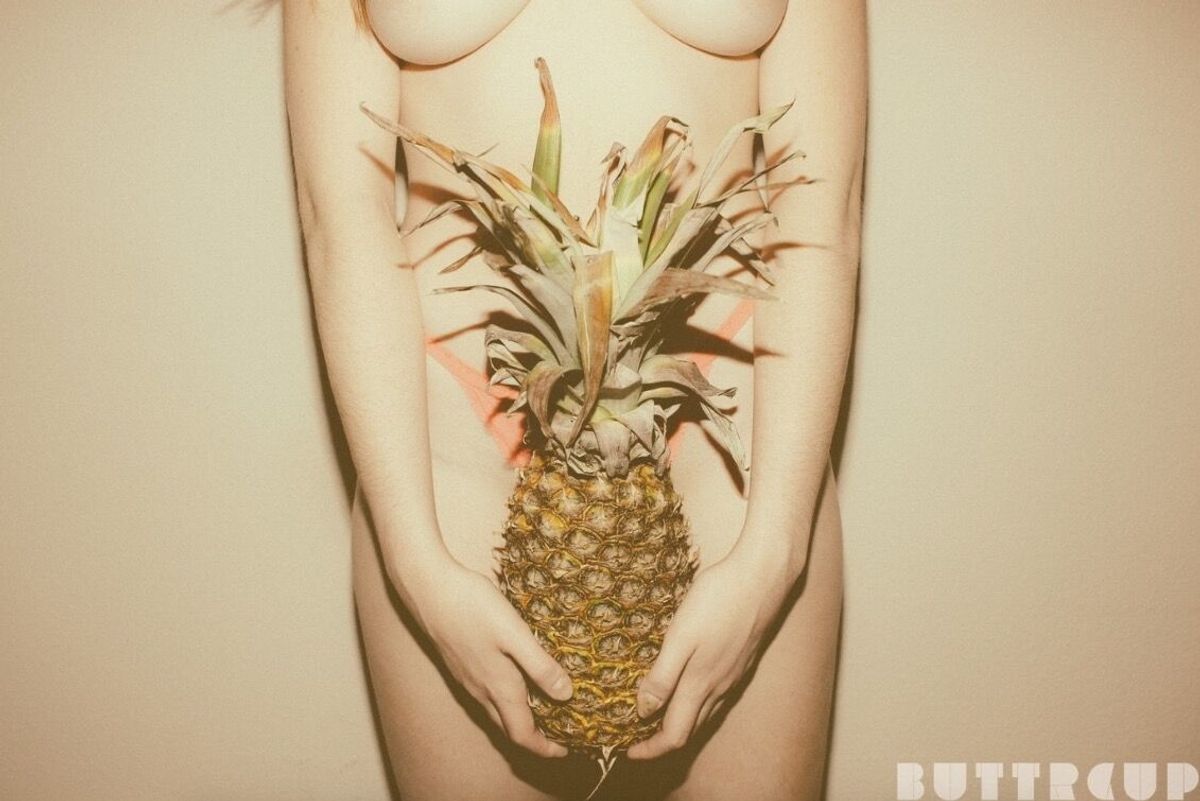 Like it or not, social media plays an integral role in many of our lives, providing a platform to connect with others across cultures and time zones. For artists, it's also a place to conduct business, attract an audience and sell their work. What happens to artists though whose work incorporates nudity, something which social media sites (Instagram especially) are wont to remove with impunity? One answer is Buttrcup, a new social media platform that takes its cue from Instagram as a space for predominantly image sharing, but without all the censorship that comes along with Instagram. We spoke with its founders, Molly Murphy and Michael Edwards, to learn more about the future of a social media world that doesn't restrict content at will (and that provides easier ways for artists to monetize their work).

What is Buttrcup.com and how does it work?

Molly Murphy: Buttrcup is a censorship-free platform for visual storytellers to self-publish their photos often deemed too risqué for social media. You can sign-up for free to scroll the Discovery Feed, and then subscribe to creators on the platform to access all their posts, albums and videos. It has been likened to Instagram (for 18+) and with a cool element where you can support artists directly. We use "censorship-free" a bit broadly: we don't allow pornography or violence, but we do allow nudity. Sexuality is universal and a part of all of our lives, yet sexual imagery is not allowed on social media where many of us spend a great deal of our personal time. If you are an adult and comfortable with nudity then we created a digital and social destination designed for your amusement, or pleasure, it can be whatever you want it to be.

Molly Murphy: As a viewer, anyone can sign-up for free to scroll the Discovery Feed. As a creator you have to apply to publish on the platform. We curate the content by defining the creators, but once approved, they are in complete control of what they publish. We don't dictate or direct any of the work. In that way we are a mix between a brand and a service.

Michael Edwards: We are a brand in the sense that we curate the content by who we let on the platform, but we also offer a great service for content providers which is a network to freely publish their work, and also monetize.

What types of accounts does it mostly feature?

Molly Murphy: Buttrcup is a mix of real people, artists and photographers. Most of them feature some nudity, or implied nudity, though not all. We have some female creators who are doing some really cool work, representing an alternative view to the typical female nudes found online. You can see from the bios of creators like Beau Morceau or Moonpixie, there is a re-appropriation of female nudity and sense of empowerment. Some of the photographers focus on a specific project. For example, Michael Edwards publishes his photo project Hotel Ma Cherie, which is shot in hotels around the world, highlighting beautiful women with an element of design/hospitality and a hotel fantasy to give it a specific context. A few other established photographers use it for fun projects such as Endless Summer and Love Lost. I would love to see more artists join and publish various mixed media projects on the site. There are some people like @SaraBahbah and @Scientwehst that could do interesting, ongoing projects.

Michael Edwards: A lot of these creators have their own following on social media, but can't post their whole catalog because of the restrictions. I know, as a creator, sometimes you have an idea for a project that would be interesting and maybe you could garner some editorial features but there is something to be said about a larger evolving, fluid body of work. Buttrcup is a solution to self-publish and earn support for the project directly from fans.

How does it differ from other social media platforms?

Molly Murphy: The format is very familiar and image driven. Because the site is supported through support for the creators, we don't collect, sell or track the data of members. There won't be any retargeting ads popping up while you are trying to look at the images. It is a nice break from the typical.

Why were you inspired to create this platform?

Michael Edwards: I had created a site called MeInMyPlace that is playful yet definitely borderline risqué for social. We had a huge cult following, yet a lot of issues with Instagram taking down our account. When you build up a huge following it is really disheartening to see it completely disappear overnight, and getting social accounts reactivated is a lot of work. I am a commercial photographer, yet I enjoy creative projects like Hotel Ma Cherie. It helps to have some monetary support to keep those personal projects going as a creative outlet on the side, and I know there are others like me.

Molly Murphy: I previously worked at a design-centric pleasure product brand, Jimmyjane, and dealt with a lot of censorship and restrictions around marketing products in the sexual category. There is a lot of great stuff being produced in this category that doesn't get noticed. I learned at Jimmyjane that just because something is taboo, complicated, or attached to a cultural sensitivity, doesn't mean society lacks an appetite for it.

What're your thoughts on censorship and social media?

Molly Murphy: I understand the concerns social media companies have. They are dealing with an open platform and trying to appeal to a massive, diverse audience. That being said, social media companies have so much data on members they are best positioned to target people of age. I believe current censorship is heavy-handed, and often biased against the female form. On Instagram there are 3.9 million posts with the hashtag #freethenipple, which indicates their community has definitely taken notice.

It's interesting how puritan social media companies can be. You read about Sillicon Valley "sex parties" and liberal sexual expression within that community and their personal lives, yet Apple, Instagram, Facebook, Paypal are all so restrictive. They take extreme measures to restrict and censor anything in sexual nature. It isn't just us. Rihanna had her account taken down. Grace Coddington had her account removed for posting a nude illustration, and Ryan McGinley likened the feeling of being removed from Instagram to "being broken up with and losing his hard drive." We see Buttrcup as an alternative platform that embraces photography without so many limitations.