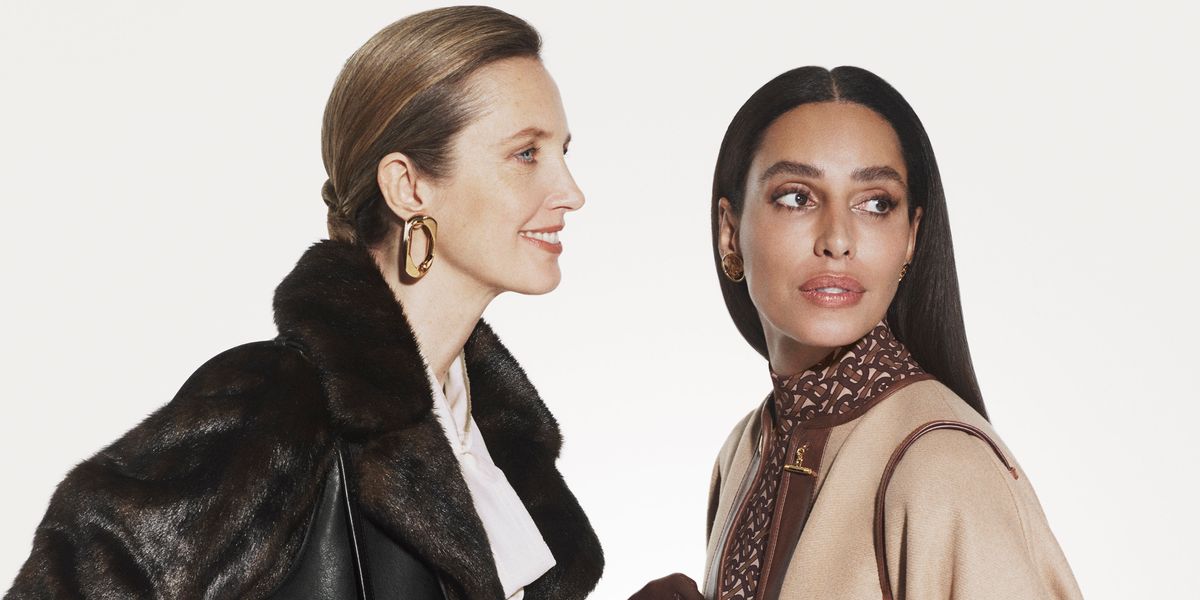 Back when Riccardo Tisci was creative director at Givenchy, he cast a then little-known model by the name of Lea T in his Fall 2010 campaign for the luxury brand. His decision to cast a transgender model generated a ton of buzz, and it paved the way for her to go on and enjoy a successful modeling career while promoting trans visibility in the fashion space.

Lea T (the T stands for Tisci), whom the Italian designer considers his muse, last collaborated with him on Givenchy's Spring 2017 campaign. But while she's taken a break from modeling full-time since then, a new campaign from Burberry sees the pioneering model reunite with her good friend Tisci. It's his first holiday campaign for the British luxury brand, and features not only Lea T but a slew of his closest friends and collaborators.

The images were shot by photography duo Mert and Marcus and feature a diverse cast including Carla Bruni, Fran Summers, Boychild, Wu Tsang, Cecilia Chancellor, and Sasha Pivovarova. Tisci wanted to assemble a group that celebrates the notion of togetherness and unity for the holidays, according to the brand.

'It's really nice to see such important fashion houses starting to consider our group," said Lea T. "I am happy to be recognized as a transwoman who knows how to do her job. Riccardo is a man who looks at me in the eyes and respects my story."

Click, below, to see the full Burberry holiday campaign.