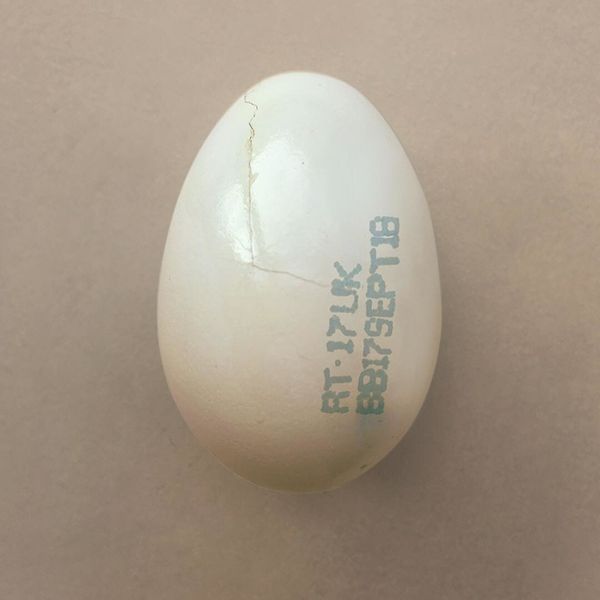 Eggs are having a moment. Ever since an anonymous account snatched Kylie Jenner's Insta-crown, displacing her reveal photo of Stormi as the most liked image on Instagram with a stock photo of a brown egg, they've become the trendiest inanimate object of the season.

Burberry is making good use of this moment. Last night, the brand (or rather, a savvy social media manager) shared a photo of a cracked white egg, printed with chief creative officer Riccardo Tisci's initials to promote the brand's spring 2019 collection.

At just 35 thousand likes, next to The Egg's 40 million, Burberry's egg doesn't stand a chance at breaking the Internet. However, it's doing something right. The branded egg attracted 10 thousand more likes than a recent Burberry 'gram of Kate Moss in Burberry spring 2019 for Vogue. Okay, go off little egg!

Burberry on Instagram: “A New Dawn . #KateMoss photographed by #WillyVanderperre in a new portfolio for #BritishVogue. Wearing Kingdom, #RiccardoTisci's…”

It does seem just a little ironic that a motif designed to poke fun at social media and influencer culture has now become marketing gold — destined to become fodder for millennial thirst-trap ads for months to come. But that's the world we're living in, folks.

Who'll be next to toss their egg into the ring? Apple Bees? Macy's? The diamond industry? Cable TV?