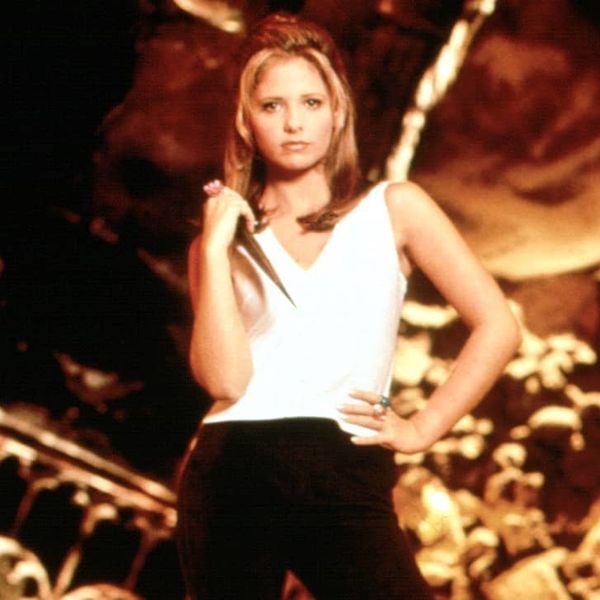 'Buffy the Vampire Slayer' Is Getting a Diverse Reboot

It's been 21 years since Buffy the Vampire Slayer first aired on television, and now creator Joss Whedon is already working on bringing Buffy Summers back on screens — but this time, she won't be the same blonde bombshell. Whedon is casting a black lead for the reboot, and is making an effort to make the cast more diverse.

Deadline reports that the producers of the new show say that they want Buffy to reflect society and the world as it is today — an appropriate update. They told Deadline, "Like our world, it will be richly diverse, and like the original, some aspects of the series could be seen as metaphors for issues facing us all today."

And while the supernatural drama is still in the works at Fox 21 TV Studios, sources told Deadline that the diversity they're referring to in the statement pertains particularly to the lead slayer being played by an African American actress. But these sources also "cautioned that the project is still in nascent stages with no script, and many details are still in flux."

What we do know for sure is that Whedon's Marvel's Agents of S.H.I.E.L.D. co-executive producer Monica Owusu-Breen will be working on the project as the writer and show runner. She will also be executive producing alongside Whedon, as well as the original series' producers Gail Berman, Fran Kazui, Kaz Kazui, and Joe Earley.

So far, reactions to the reboot have been mixed. While many are excited to see their favorite vampire slayer back in action, others present a fair argument by saying that while they love the show, it would be better to look at new stories that star people of color as leads.

I loved Buffy. But you know what else I love? When Hollywood looks at new stories by people of color instead of rebooting old ones and changing the casting.

Instead of a black Buffy how about you just so a story of another black slayer? Even better how about we just let black creators make their own things. L.A Banks has a whole ass vampire huntress series, Joss did not invent vampire hunters. pic.twitter.com/ZAv593IoeM

did buffy itself not teach us not to raise things that should stay dead https://t.co/UbMcz7CQUu