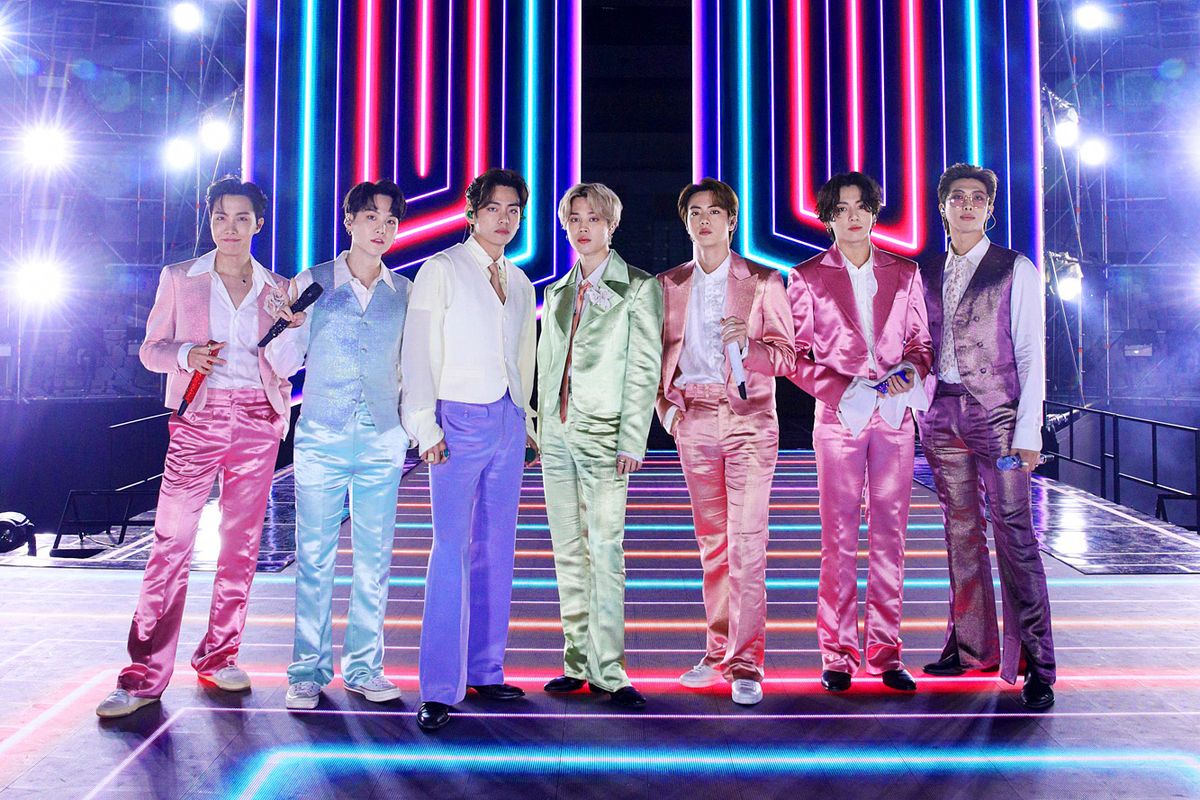 Sunday's American Music Awards included many things: a Justin Bieber-Shaun Mendes duet, Taylor Swift winning artist of the year, and the live debut of Megan Thee Stallion's "Body." But we know you're really just here for BTS, and so were we.

The boys had a big night, closing out the show with performances of "Life Goes On" and "Dynamite" beamed live from an empty stadium in Seoul. They obviously won both awards they were nominated for: favorite duo or group in the pop/rock category, and favorite social artist. Nooo surprises there.

The performance caps off a year of the group's increased mainstream recognition in the US, certifying them as the biggest pop group in the world. This morning, as an extra treat for American fans, they even appeared on Good Morning America for an encore of "Life Goes On."

ARMYs are also getting excited about BTS's new Esquire cover story and photo shoot, which gives insight into the dynamics of friendship that exist within the group, and the differences in personality between its members. It also explains the link between BTS, ARMY and activism, detailing how the band and its stans have worked together to donate funds to causes like Black Lives Matter.

All in all, it's a great day to be a BTS fan. Watch the group's performances at the 2020 AMAs below.