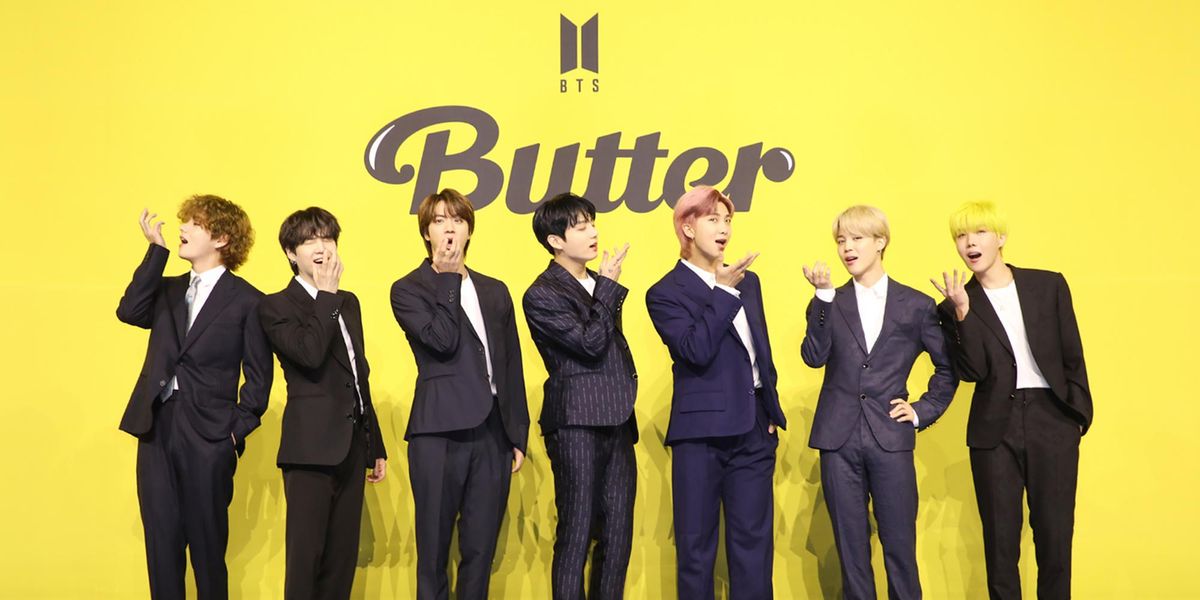 BTS's latest hit "Butter" was just released at midnight on Friday, and it's already broken a major record.

The summer anthem is now the highest viewed debut within 24 hours in all of YouTube history. It earned about over 112 million views after a day, beating the previous record set by their last viral English-language single "Dynamite," which got over 101 million views.

YouTube has not released its official numbers, but during the premiere the video had over 3.89 million concurrent viewers.

Like "Dynamite," "Butter" is a feel-good bop meant to bring joy to fans just in time for the summer. "For me, in the past year listening to our music, received a lot of consolation and healing," Suga said during their "Butter" global press conference. "It made me realize this is how people feel when they listen to our music, so I think the way I see music and my values and my goals changed a lot during this process."

And though it's not the main intention, their new single is another step towards their dream of getting a Grammy. RM said, "We are thinking of the Grammys. We will try to do whatever we can to set that as a goal and go towards that goal."