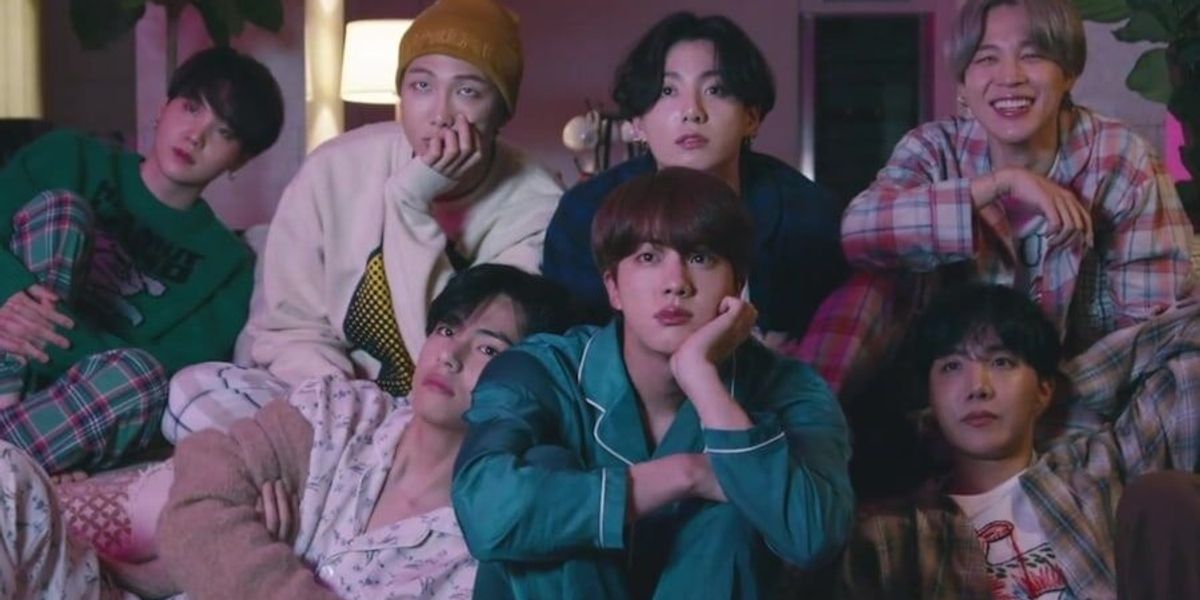 BTS Breaks Their Own Record With 'BE'

On Friday, worldwide music sensation BTS released their COVID magnum opus, BE. And just as the boys promised, they bore their souls on this album — which totally paid off as they broke another record.

They reportedly got 42.8 million streams within the first 24 hours on Spotify. And it's the platform's biggest debut this year for an album by a group. The title was previously held by the band's own Map of the Soul: 7, which they dropped in February.

The members have continually said that their cancelled world tour especially gutted them, and so they channeled their energies into this new eight-track project, wanting to help heal the world and reach their fans with the message, "Even in the face of this new normality, our life goes on."

BE, which is co-written by the members themselves, walks us through BTS' own emotional journey during this weird time in all of our lives. Their first single, "Life Goes On," is a touching ballad that quite literally talks about the pandemic, their feelings being in isolation, being trapped and stuck in their own rooms and routines. But it also talks about the promise and hope of the future, of seeing each other again.

Aside from their mega hit "Dynamite," the album also includes a track called "Skit," which isn't a song, but a dialogue among the members as they celebrate their youngest member Jungkook's birthday while in quarantine. There's also "Telepathy," which is an absolute pop bop that talks about togetherness and focusing on the good things despite being physically apart.

The band also dropped their music video for "Life Goes On," directed by Jungkook, which has already gotten over 87 million views at the time of writing.

Stream the whole BE album, below.