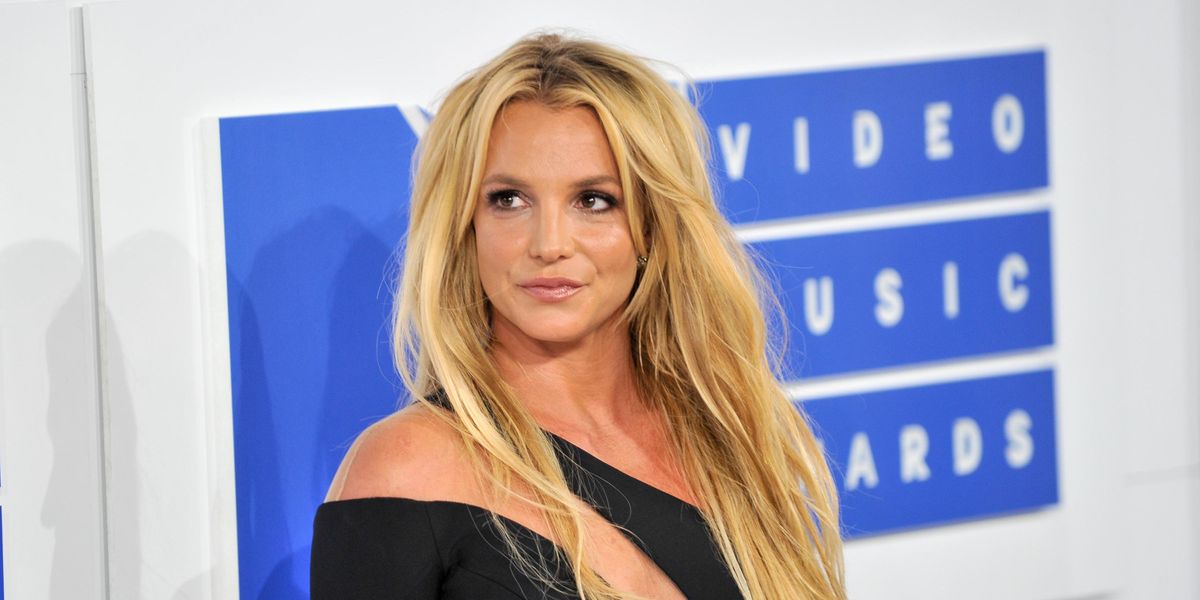 Britney Spears is opening up about her decision to start "exposing" her body.

On Monday, the pop icon took to Instagram to share a series of topless photos alongside a lengthy caption that began by curbing any potential speculation surrounding a recent boob job or pregnancy, given that she only had "boobs in these pics cause I devoured food !!!!!."

That said, Britney quickly moved on to her main message, which was about feeling comfortable enough to show off her body on her own terms, especially since she spent the majority of her career having to wear revealing clothes for work. But before she posted any more photos, the star also said she wanted fans to "understand [her] thoughts on exposing [her] skin," writing, "In my opinion it's quite twisted the immediate response of when any woman is hot and they want to shed a layer."

Clarifying that she wasn't talking about a performance or strip club, the star added that it was more about commonplace situations like "being in your car and realizing that you're wearing a 'stupid long-sleeve shirt' in the middle of the summer." (Amen)

"The immediate reaction to any woman who does this after shedding a layer is DAMN I FEEL BETTER … therefore you think you look better !!!" Britney wrote, before explaining that she's often felt "embarrassed" about her body's perceived imperfections throughout her career.

"I mean I don't want anybody to see the big dimple on my ass but I feel like performing made me too self conscious about my body and that's not attractive," she said, before appearing to say her that "[exposing her] body" was an expression of empowerment made on her own terms. And in turn, it made her realize she used to "feel like the weight of the would [sic] has been on my shoulders," while saying she's finally felt like she could shed that burden.

Related | Jamie Spears Will Step Down as Britney's Conservator

"I wanted to see myself in a lighter way … naked … like the way I was born and to me looking back at my pictures when I shoot it's insane the psychology in seeing myself in my purest form gives evidence that pain … hurt … tears … and heavy burdens aren't who I am," Britney continued. "I am a woman …. a beautiful … sensitive woman who needs to look at myself in my purest form !!!"

Britney then went on to end things on a lighthearted note by praising the creativity of her fans, particularly the number of "Free Britney" comments she received after taking her shirt off, calling them "really fucking funny."

"The Free Britney campaign started with all your amazing pink Free Britney shirts 3 years ago !!! There's a way deeper meaning to the movement than you can ever imagine," she said in another nod to the fan-led movement, which has sought to free her from the oppressive 13-year conservatorship controlled by her father, Jamie. That said, given the underlying message of this post and Jamie's recently announcement that he'll be stepping away from his role as the conservator of her estate, it looks like Britney will soon be free, both literally and figuratively.