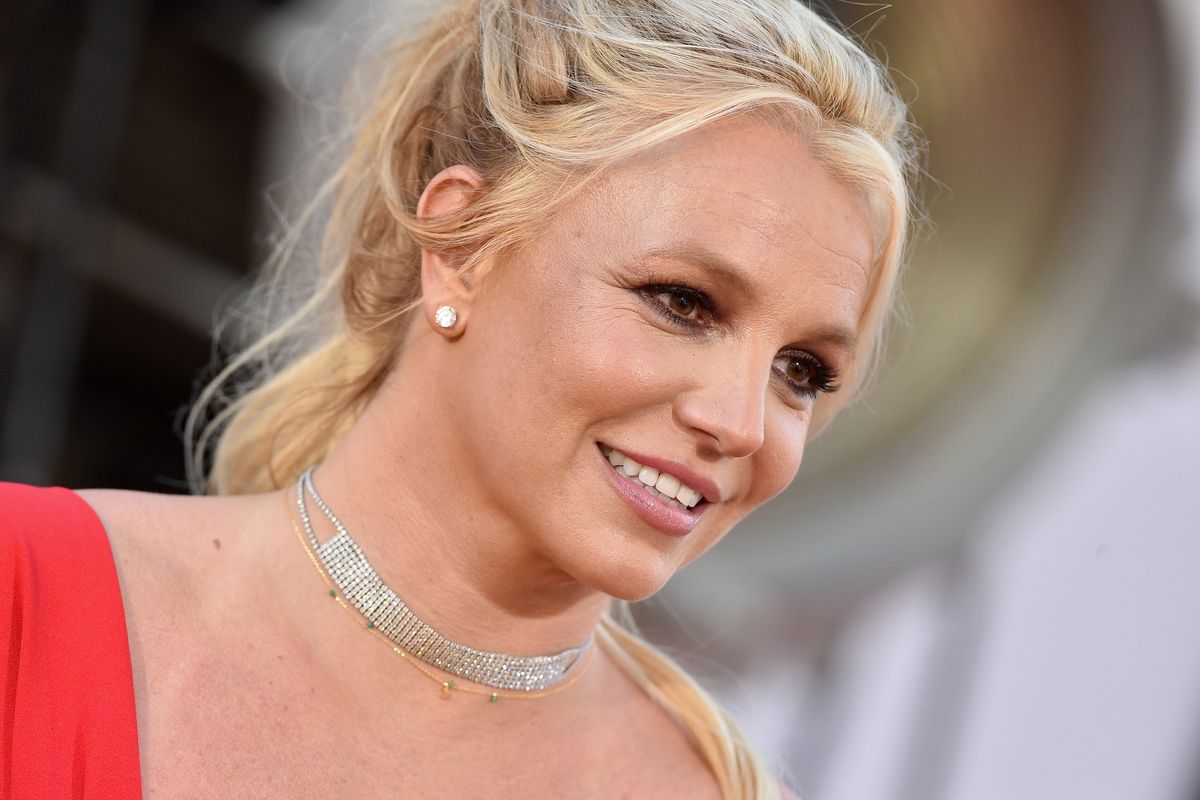 Forget Co-Star or Susan Miller — Britney Spears just became your go-to source for astrological predictions. Spears revealed on Instagram that she's been thinking about star signs a lot lately, and her musings might just be a coded reference to her current conservatorship struggle.

The astrology guide that's gotten Brit hooked is Jan Spiller's bestselling Astrology for the Soul, first published in 1997, coincidentally the genesis year of Spears' pop career. In one of her classic face-to-camera phone videos, Spears said she's been reading the book while relaxing in her garden, learning the secrets of astrological compatibility.

"I'm a Sagittarius so I'm very keen on Aquariuses and also Leos, because they're very outspoken, they're egotistical, they lead the pack kind of in a good way," she explained. The pop star also said she's drawn to Scorpios, who are "very internal, they think all the time, and that's something I probably need to do a bit more."

Interestingly, Spears noted her trademark characteristics as a Sagittarian, emphasizing her love of "freedom and independence." This is obviously a loaded statement for someone who has had every personal and financial decision controlled by her family and business team for more than a decade. "I don't like to be tied down, I love to travel," Britney added, fueling fan speculation that she's sending her currently estranged father, Jamie Spears, a message. (Britney's conservators control her travel plans.)

The timing is definitely specific. Last Wednesday marked the beginning of a court hearing over the validity of Spears' decade-long conservatorship, with her mom Lynne Spears asking for the arrangement to end. A judge reportedly ruled in Jamie Spears' favor, meaning the conservatorship will continue indefinitely. Jamie recently stepped away from his conservator role after being accused of abusing Britney's son Sean, appointing her care manager Jodi Montgomery in his place.

Spears wasn't present in court for the hearing, instead attending a red carpet event with boyfriend Sam Asghari. She recently dyed her hair brown, which is another potentially coded message to her father, depending on how far down the #FreeBritney rabbithole you go. Jamie is thought to prefer that his daughter stick to her trademark aughts blonde look — spontaneously going brunette is a rebellious, and very Sagittarian, move.