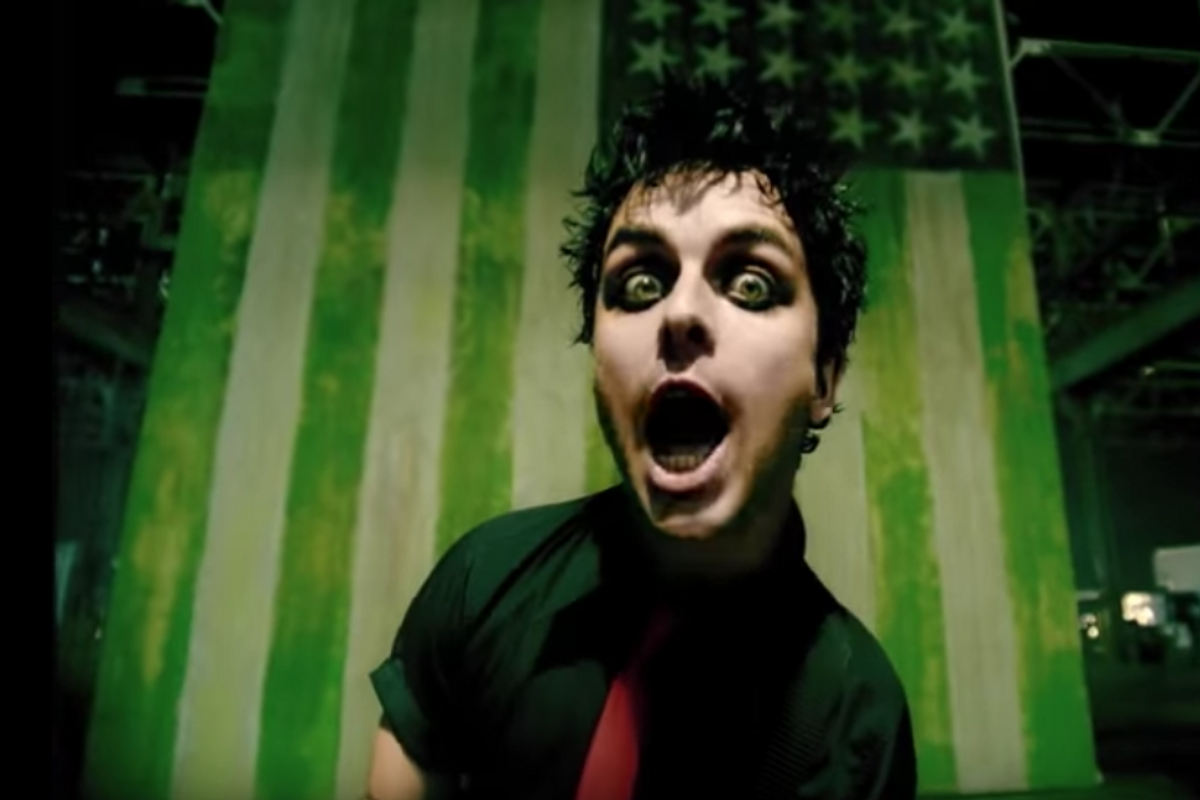 Britain is on a mission to #MAIGA (Make "American Idiot" Great Again), in time for President Trump's touchdown in London to meet Prime Minister Theresa May.

Trump has reportedly asked May to cease all protests ahead of his arrival, which she informed him would be impossible. She's not wrong — one of the planned demonstrations is so subtle no government interference would make a difference: streaming Green Day's Bush-era classic "American Idiot" on repeat to make it hit number one in time for Trump's arrival.

And the social media campaign is working. The track has already pushed its way into the U.K. official singles chart's Top 20, and they still have a few days on the clock. Ironically, the track almost echoes several of Trump's own sentiments, particularly with regards to his hatred of "fake news." Billie Joe Armstrong sings on the chorus, "Don't want to be an American idiot/ One nation controlled by the media/ Information age of hysteria."