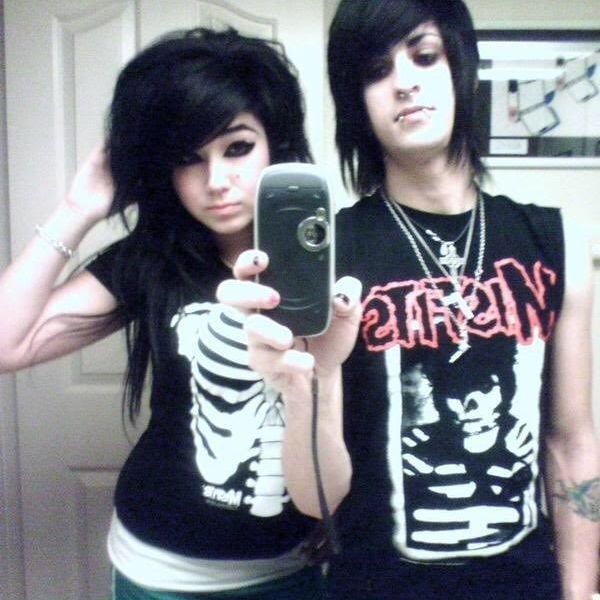 It's a new year, and thank God, because 2018 was objectively, definitively bad. But what exactly are people doing to stop 2019 from being the same? Trump is still president, news headlines are consistently terrifying as ever and global warming is definitely responsible for the fact I'm sweating out on the street in January. If we are to avoid re-living recent mistakes, the culture requires a radical shift, and that shift can only move backwards, to a more innocent time.

One suggestion: the late 2000s, when text messages and Myspace blogs were wRiTTen lyk thi$ <3 and kohl eyeliner sales skyrocketed. Yes! Let's consider it: a return to early social media subculture. Let this be the year 20nineSCENE (rawr :3).

The term "20ninescene" appears to have been coined by comedian Drew Kaufman, who tweeted about it on January 1.

The next day fellow Twitter user Daz (@the_life_of_daz) also encouraged followers to share pictures of their former Myspace years, in the hope that the Hot Topic fashions of yore would make their return. He received tens of thousands of responses. The movement has officially begun. xD.

This year, give scene a chance. Feel your feelings and then write them on the palm of your hand and hold it up to a grainy webcam. Take a photo and post that photo online to let everyone know how your heart's doing. 20ninescene is all about returning to tween angst. What is your seventh grade boyfriend up to these days? Find out, and get upset about it! Way better than reading the New York Times.