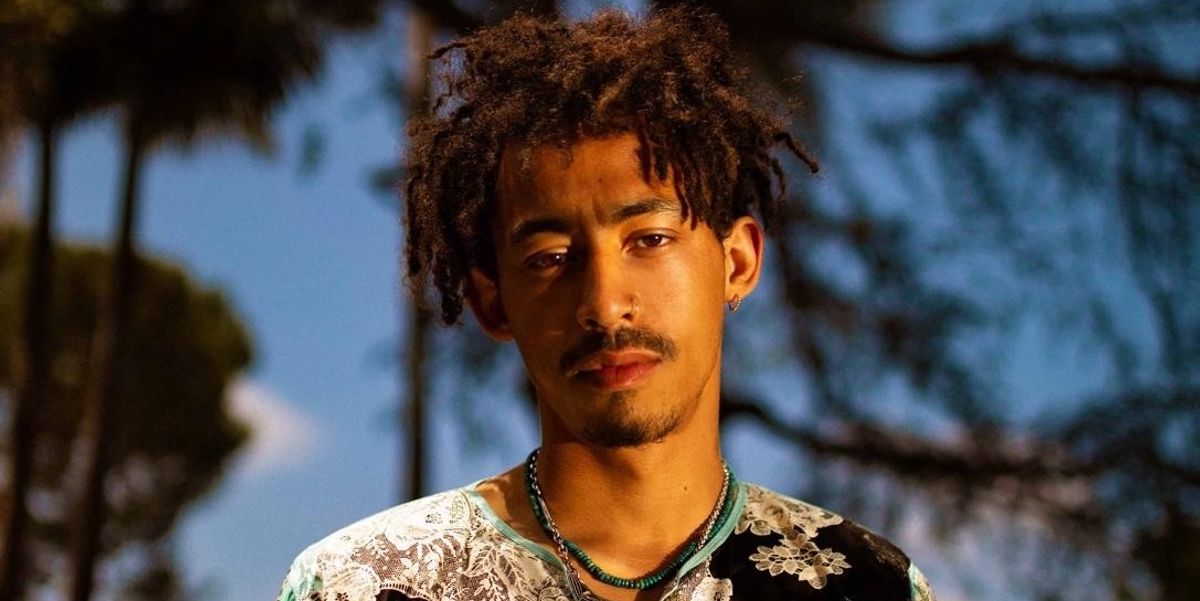 With little more than melancholy piano and harmonies, UK artist Jordan Stephens creates plenty of open space in his latest single. On "Found In Space," he grapples with mental health issues, and opens up about feeling numb to his struggles, shifting from half-rapped to sung cadences. But he's not alone in the ether. "Plenty of love is found in space/ Let's find our way," Stephens sings, letting his guard down just enough to let us in. As it turns out, a little love can go a long way. Check out his viral #IAmWhole campaign here to see what we mean.

Alabama Shakes frontwoman Brittany Howard doesn't hold back on her solo debut album Jaime, out today. The singer explores everything from family traumas to spirituality throughout the record, and "Georgia" bares all as a track about having a young, innocent crush on an older girl. Howard, who grew up in ultra-conservative Athens, Alabama, sets the backdrop of her hidden emotions with lyrics like "I just want Georgia to notice me." Like many a young queer romance in similar settings, Howard captures the feeling of being too scared to share her truth then for fear of retribution. But she's fearless now, empowering listeners to honor their own deepest truths by naming them.

Slayyyter's debut self-titled mixtape arrived this week, offering a mix of the hooky late '00s pop she's inspired by and a take of the glitchy electronic music popularized by PC Music and the internet. "Touch My Body" is a decidedly gentler hyperpop offering (if you prefer gentle hyperpop EDM-flavored), mostly in its melody-driven vocal delivery. Slayyyter sounds equally in love and she is in lust, singing lyrics like "In the middle of the night/ I've been dreaming of the moments when you hold me tight," in her affected nasally coo. Paired with Slayyyter's knack for crafting sticky hooks, Boy Sim's production elevates the sultry track to big-ticket dancefloor euphoria. Another win for the pop star-in-the-making, who is about to be everywhere.

Princess Nokia is the queen of the pageant, belle of the ball in "Sugar Honey Iced Tea (S.H.I.T.)," not to be confused with Kelis' swooning, 2003's Tasty-era love song of the same name. If anything, this feels like a closer homage to the attitude of Fergie's iconic The Duchess album. Atop a brassy, bass-heavy beat mixed with choral "ahs" for dramatic effect, Nokia tosses her naysayers to the side. "Think you jealous maybe high key/ I got the juice, I got the Hi-C/ Do I care? Unlikely," she intones, unbothered, wearing her crown with pride. With seemingly effortless skill, Princess Nokia has made the latest feel-yourself anthem for your nerves.

Prolific Swedish songstress Tove Lo drops her new album Sunshine Kitty today. "Sweettalk My Heart" is on repeat for its stylistic merge of dancehall-inflected breakbeats, synthesized '80s bombast, and Tove's impeccable ear for addictive melody. As always, she sings like an expert about love's deceptive, darker multitudes. "I can be yours," she sings, devoting herself to a liar, however well-intentioned they might be: "Sweeter than love is the taste of all those promises." And as usual, it's her honesty about what she needs that makes the song, a perfect, three-minute confection, really stick. "I want attention, commitment intertwined," she sings in a flurry of rushed verses, as if confessing a secret she can't take back. People say so many sweet things they don't mean in the name of love. Tove Lo is willing to call it out.

Cupcakke is not playing with y'all. On "Grilling N----s," the rapper is ready to roast, unleashing a flurry of heavy-hitting bars on minor-key piano chords evoking scenes from Jaws. There's no formal hook, just fury, skill, and her trademark sense of humor, as Cupcakke acknowledges herself and her status, thus smacking "a bitch into Christmas Eve."

Maluca's "NYC Baby" is a fusion of a lifetime of the native New Yorker's lived experience and the sounds that have influenced her most. Atop a freestyle beat and horns straight out of Miami Sound Machine, Maluca raps in the verses about the nostalgia of her youth: her skin sticking to the plastic on her abuela's couch, her running around the city half-naked in the summer with friends. In the anthemic chorus, she pledges to give the city that made her all her "l-l-love." The beauty of New York is that anyone can be an NYC Baby, judging by the openness and warmth of Maluca's tone. Give it all your l-l-love and feel it love you back.

Kitten's newest track "Goodbye Honeymoon Phase" might call to mind the angsty pop-rock of mid-aughts female acts ranging from Avril Lavigne to Michelle Branch. Lead singer Chloe Chaidez mourns the end of a relationship's good old days, and looks ahead to the darker days of conflicts and tumultuous change. "I have never seen this look in your eye," she reflects. "Somehow it only gets worse." Chaidez's singing is emotionally charged enough, for sure, but it's the mix of jagged riffs, sprinkling of electro blips, and ultimately dynamic production flourishes that really sells the song. The song goes from soft to loud, noisy to meditative within seconds, sometimes all at once, as if replicating the thrilling, terrifying chaos of love. From the sound of things, Kitten's "Goodbye Honeymoon Phase" sounds poised to break hearts and revive pop-rock in one fell swoop.

Remi Wolf's new EP, You're a Dog!, is out now, and "Doctor" finds the singer refusing to fix a lover's innermost wounds. It's labor! She sings with a kind of swaggering, wailing abandon, driving the horn-filled pop arrangement and its memorable chorus forward. On "Doctor," Wolf embodies the kind of freedom to be found when relieving a heavy burden, leaving plenty of necessary room for self-care.