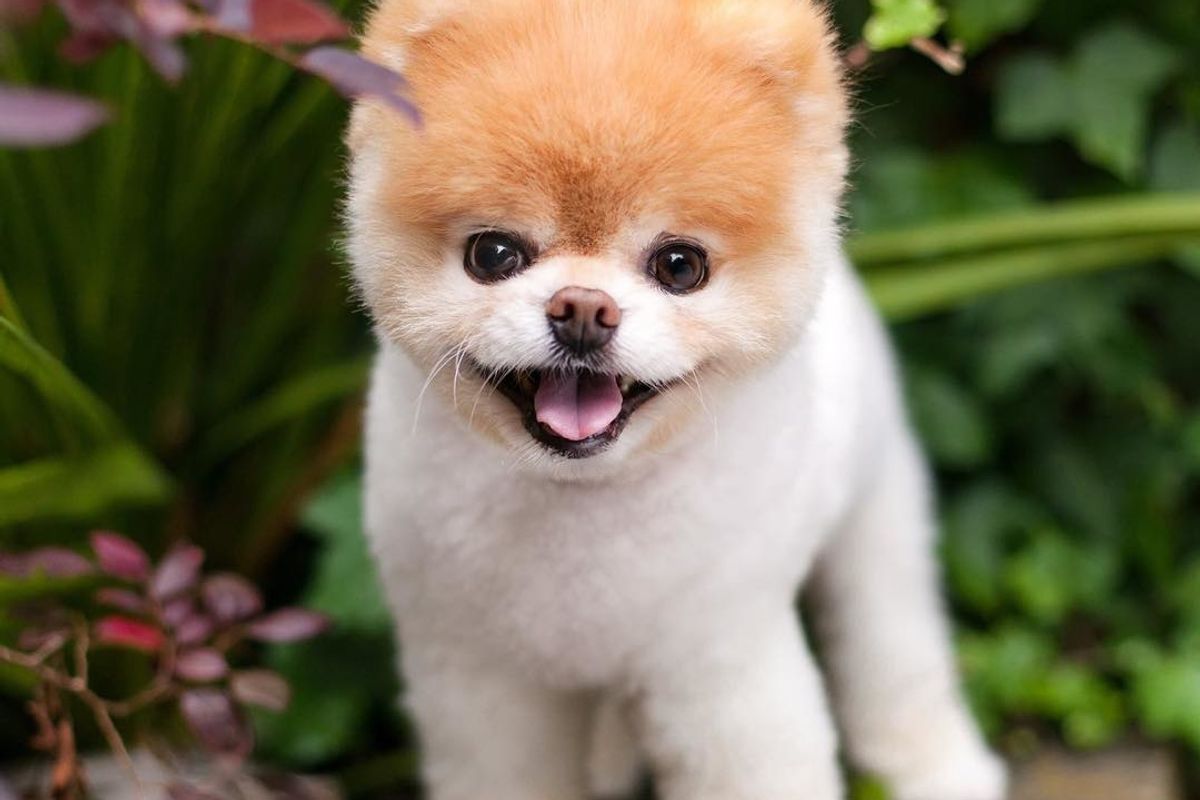 The World Says Goodbye to This Insta-Famous Pup

On Saturday, fans are mourning the loss of the "world's cutest dog," a Pomeranian dog named Boo. According to the social media-famous pup's humans, he died of a broken heart — literally.

The twelve-year-old doggo was apparently experiencing some heart issues, ever since his partner in crime Buddy passed away in 2017. The dogs' owners posted a statement on both Facebook and Instagram, which states, "Shortly after Buddy died, Boo showed signs of heart issues. We think his heart literally broke when Buddy left us. He hung on and gave us over a year. But it looks like it was his time, and I'm sure it was a most joyous moment for them when they saw each other in heaven."

Since the spring of 2006, Boo's been a huge hit to all the dog-lovers of the Internet. His Facebook page has gained over 16 million followers, and his joint Instagram page with his brothers Buddy, Blue, and Benny has over 567,000 followers. The little pup also has a published book entitled Boo: The Life of the World's Cutest Dog.

"I've received so many notes over the years from people sharing stories of how Boo brightened their days and helped bring a little light to their lives during difficult times. And that was really the purpose of all this...Boo brought joy to people all over the world," wrote Boo's owner. "Boo is the happiest dog I've ever met. He was so easy going that we never had to bother with training. He made the manliest of men squeal with delight over his cuteness and made everyone laugh with his quirky, tail wagging personality."

The Internet is still in the midst of processing such a huge loss, and people on Twitter are remembering boo through posts, thanking the little furry bundle of joy for "making this world a little brighter."

#Boo, whenever I laid my eyes on you it would always make me smile and it would bring me to a state of profound happiness. I am so sad that you are gone. #condolences to your humans. pic.twitter.com/oTM8gGSHKr

Will never forget the time I found a cut-out picture of Boo the dog in my grandma’s purse. Guys, she SNIPPED IT OUT OF A MAGAZINE. Rip Boo 😭 https://t.co/TbFCVTCUMq

RIP #Boo you gorgeous little fluff ball that brought the Internet much joy. Very sad about this as you were a little piece of pure joy. 13/10 would cuddle your forever. Have fun with #Buddy ❤️❤️❤️ pic.twitter.com/O3SDzVN1UH

#ripBOO my heart literally broke hearing you crossed the #rainbowbridge your pictures always brighten my day especially with buddy. Now your reunited to run free together. Love to your humans 🙏💔 BOO ❤️ pic.twitter.com/9LCOn11E8h

Years ago my mom bought me this stuffed animal version of Boo the Dog to cheer me up. Thanks for making this world a little brighter ✨ pic.twitter.com/iOTuqnGlLr