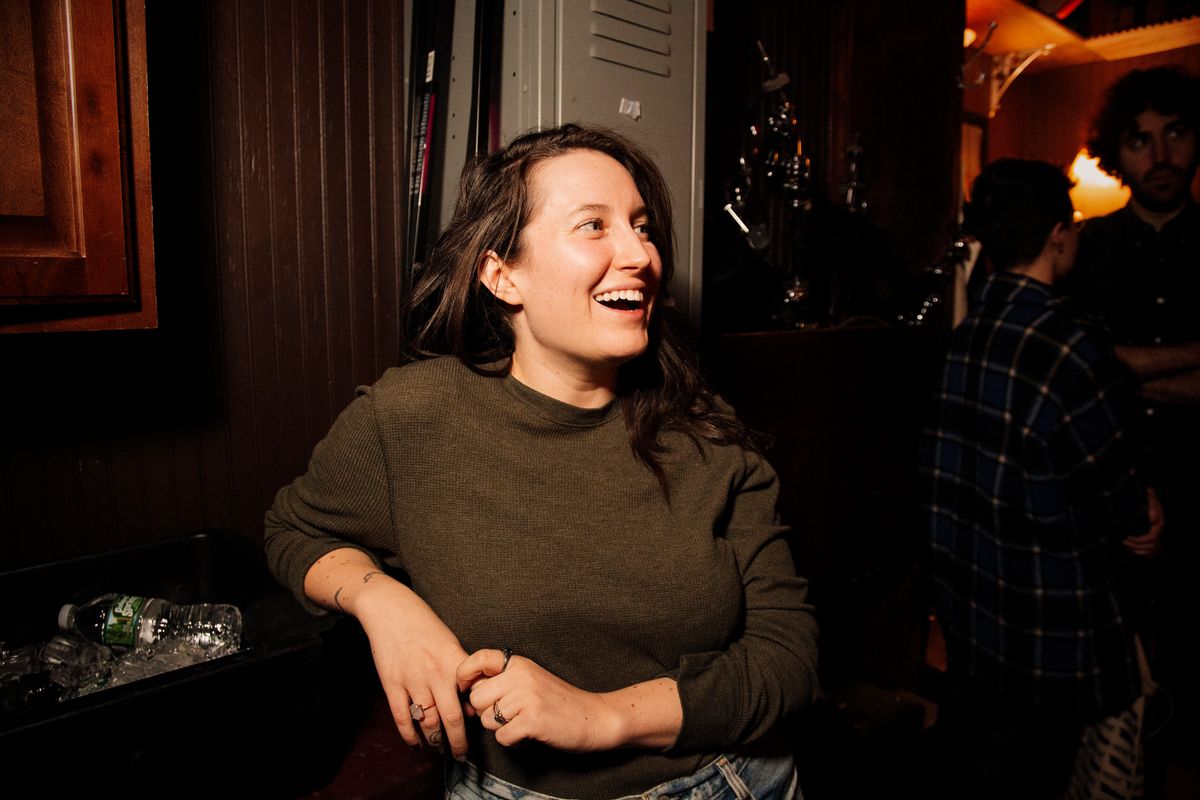 An Expert on Dating Men When You Hate Men

If you're someone with a voracious literary appetite, you know that 2019 is the year for new releases, but there's one title in particular that I firmly believe every elected official should swear in on. Blythe Roberson's How to Date Men When You Hate Men, out now from Flatiron Books, is a simultaneously introspective yet external examination at modern dating in the age of #MeToo and Time's Up.

When too many men are monopolizing the headlines with their reprehensible behavior, Roberson takes a closer look at the system that breeds and normalizes this bad behavior, and guides us through the perils of dating — from crushes to break-ups — with a healthy dose of heart, humor, and feminism.

I got to chat with one of my favorite New Yorker writers to talk what made her want to write this book, ponder if it was a date or not (the question of our generation, Roberson states, next to, you know, "are we 100% screwed with global warming?"), and how we can start to dismantle a profoundly broken system that's designed to give some people structural power over others.

The title of your book alone should earn you the Mark Twain Prize for American Humor. Can you tell us some other titles you were playing around with before you landed on this one?

Thank you! I'm looking back at my very first proposal draft from fall 2016, and the title back then was Towards A Unified Theory Of Why I Am Forever Alone In This Life. I am a pompous asshole and horrible with titles!

Was there any specific moment (or relationship) that sparked the idea for this book? If so, what was it?

Honestly, I knew that I wanted to write a book but was very intimidated by having to write something long, since before How To Date Men When You Hate Men the longest thing I had ever written was a 12-page paper in college, double-spaced. So I looked at the books in my apartment that I had read and loved, and wondered if I could write a book similar to any of those. A Lover's Discourse is — in addition to being, like, formative for me — made up of like 100 very short sections, just a few pages each, so I was like "Oh, that is very manageable!" My book is basically trying to be a funny, updated, female A Lover's Discourse.

As much as I like to roll my eyes at "rules" like waiting x amount of time to text back, I still find myself agonizing over when I should respond to a text and which emoji I should garnish my response with. Do you think this is a result of dating in the digital age or a general apprehension towards expressing vulnerability?

Oh, man! I wouldn't be surprised if humans have always been, like me, emotional cowards, unwilling to reveal themselves to be the one who is more into the relationship. But definitely it's way worse now that we're always theoretically at each other's fingertips, able to be in touch at any moment, but pointedly NOT in touch because it's NOT COOL.

Do you think failing to be explicit in our intentions, like formally declaring something a date versus being vague and calling it "hanging out," is the reason behind the increasing ambiguity concerning what does or doesn't constitute a date, or do you think it's because language and meaning is changing so quickly?

I think it's probably a combo? There's definitely an aspect of trying to act chill where you won't just come out and label something a date, which has become so widespread that, when a man actually refers to a date as a "date," I genuinely get light-headed. There's also the fact that what a "date" is has basically always been changing, and that entire concept has really only existed for the past century, if I'm correctly remembering Moira Weigel's fascinating book Labor Of Love.

"If we write narratives that are healthy and feminist and all that good stuff, it makes it easier for real people to live that way."

I don't want to name names, but I'm fairly certain that there are going to be people (men), who will judge a book by its cover (men), who will no doubt want to dispel some unsolicited feedback (you guessed it). If you had the option of having a preemptive response to this, not unlike an automated out-of-office response, what would it be?

I don't hate men! I hate patriarchy! But no one would buy a book called Towards A Unified Theory Of How To Be A Woman Attracted To Men, Most Of Whom Are Usually Really Lovely, In A Society Designed To Give Them Immense Social And Political Power Over Your Gender.

Oh my gosh, totally! There has been such an explosion of shows about women dating, told by actual women, that are being taken seriously. Like, Issa Rae finally got nominated for an Emmy for Insecure. Everyone I've ever met is obsessed with Fleabag. I haven't read Sally Rooney's Conversations With Friends but I hear it's incredible and about sex. It's definitely still slow-going for women to have the access to film and TV, but it's encouraging.

Related | On Being 'Sick:' An Author's Road to Discovery

You mention that men are not evil, but born and conditioned into an evil system. How can we, specifically writers, start to restructure that system?

I was thinking about how men might start naturally treating women better, or being more comfortable with, say, dating women who are more successful than they are — just how men can unlearn these societal rules and narratives. Most of that stuff you pick up from, like, your family and the entertainment you consume. So, it's either dating everyone's cousins (not feasible) or being a writer who exposes people to narratives that aren't low-key misogynist. Everyone's basically lazy, so I think a lot of the time we just kind of live out storylines we've read or watched. So if we write narratives that are healthy and feminist and all that good stuff, it makes it easier for real people to live that way.

Where do you want to see your writing on love and relationships go, what's next?

I actually moved to New York because I wanted to write for television, so right now I'm working on a TV pitch to turn this book into a show! I don't think I want to write another book about love anytime soon and/or ever, but I *DO* want to write a book about going to National Parks and getting Junior Ranger Badges. Publishers: take note!