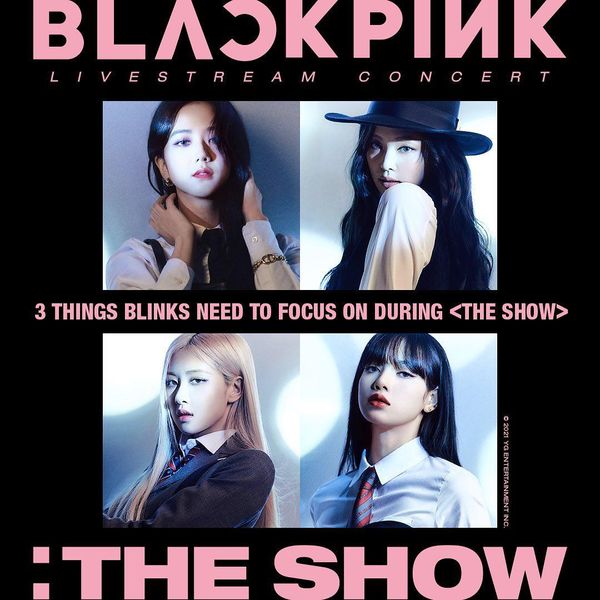 Saturday night, K-pop group BLACKPINK aired their very first virtual live show. And the girls brought their A-game with breathtaking first performances of their songs off The Album.

When ticket sales opened, the band already made 11.7 billion won or more than $10.5 million. On the night of the concert, about 280,000 fans from all over the world (except China) tuned in, which is about the equivalent of five performances in a 50,000-person stadium.

During The Show, Rosé, Lisa, Jennie and Jisoo performed on special stages, including solo setups for their own individual performances. Jisoo sang her rendition of Tove Lo's "Habits;" Jennie sang her single "Solo;" Lisa did a cover of Doja Cat's "Say So;" and Rosé dropped a whole new song — her much-awaited, debut solo song — "Gone."

Meanwhile, the live band added that much more of a live show effect, making fans feel as if they were actually attending an in-person concert.

The Show was the first-of-its-kind collaboration with YouTube Music, with the paid membership-only access to the live concert. And while it was a one-night-only event, YouTube is going to be rebroadcasting it eight more times.

If you haven't bought tickets and can't watch The Show, there's still more to look forward to that BLACKPINK has been teasing. See the teaser for Rosé's full solo project, below.