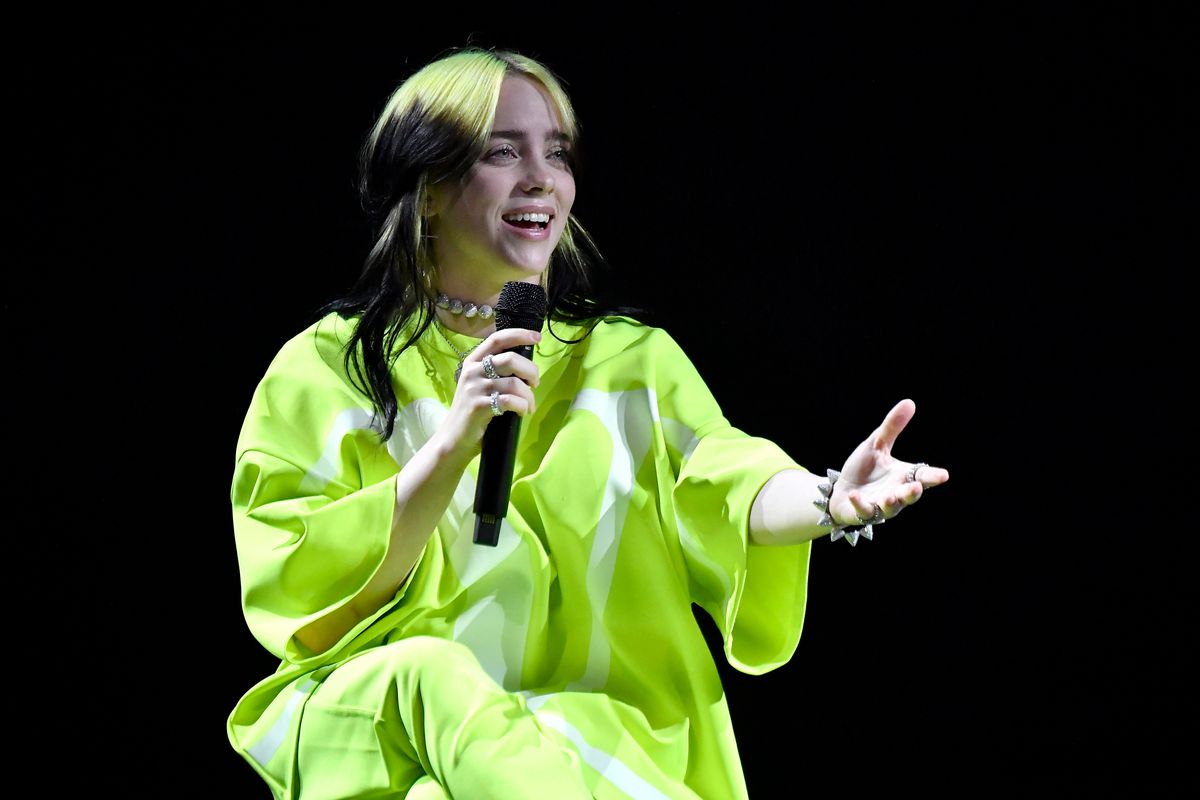 Remember "The Dress"? Because Billie Eilish sure does, and it's since sparked an even bigger debate about her own shoes.

Back in 2015, the biggest argument on the internet was over a photo of a dress which, depending on who you asked, was either blue and black, or white and gold. And while it was eventually proven to be the former, when Eilish was asked about the infamous optical illusion during an Instagram Q&A this past weekend, her answer was actually blue and gold.

Related | Your Guide to #TheDress

That said, the fan question also ended up prompting the Grammy-winning musician to talk about a similar argument she was having with her dad about a pair of shoes.

According to Eilish, she has a pair of Nike Air More Uptempos that are actually green and white, while her dad said they're mostly definitely pink and white. And though she expected fans to back her up after uploading pics of them, it turned out that most people agreed with her pops — something that led her to question the sanity of everyone involved.

"I've come to the conclusion that you guys just don't know your sneakers at all," she said in response, before accusing the "whole internet [of] gaslighting me."

"The people that agree with me, because they know what the fuck the shoe looks like, are all people that are sneakerheads," Eilish continued. "I don't care what you think they look like, I care what they are!"

And though Eilish is technically correct, the rest of the internet has continued to argue over the sneakers' colors, with some wondering if there's "something wrong with [their] vision" or whether it's just a trick of the light.

See Eilish's shoes and what people are saying about them, below.

Billie Eilish’s blue sneakers... I only see pink, in all angles😭 is something wrong with my vision

istg those were pink n white when first saw her story. HOW am i seeing mint n white now???????

billie eilish can fight me idc!! i’m not the one who bought pink and white sneakers!! why is she yelling at me over them!!