Your Guide to #TheDress 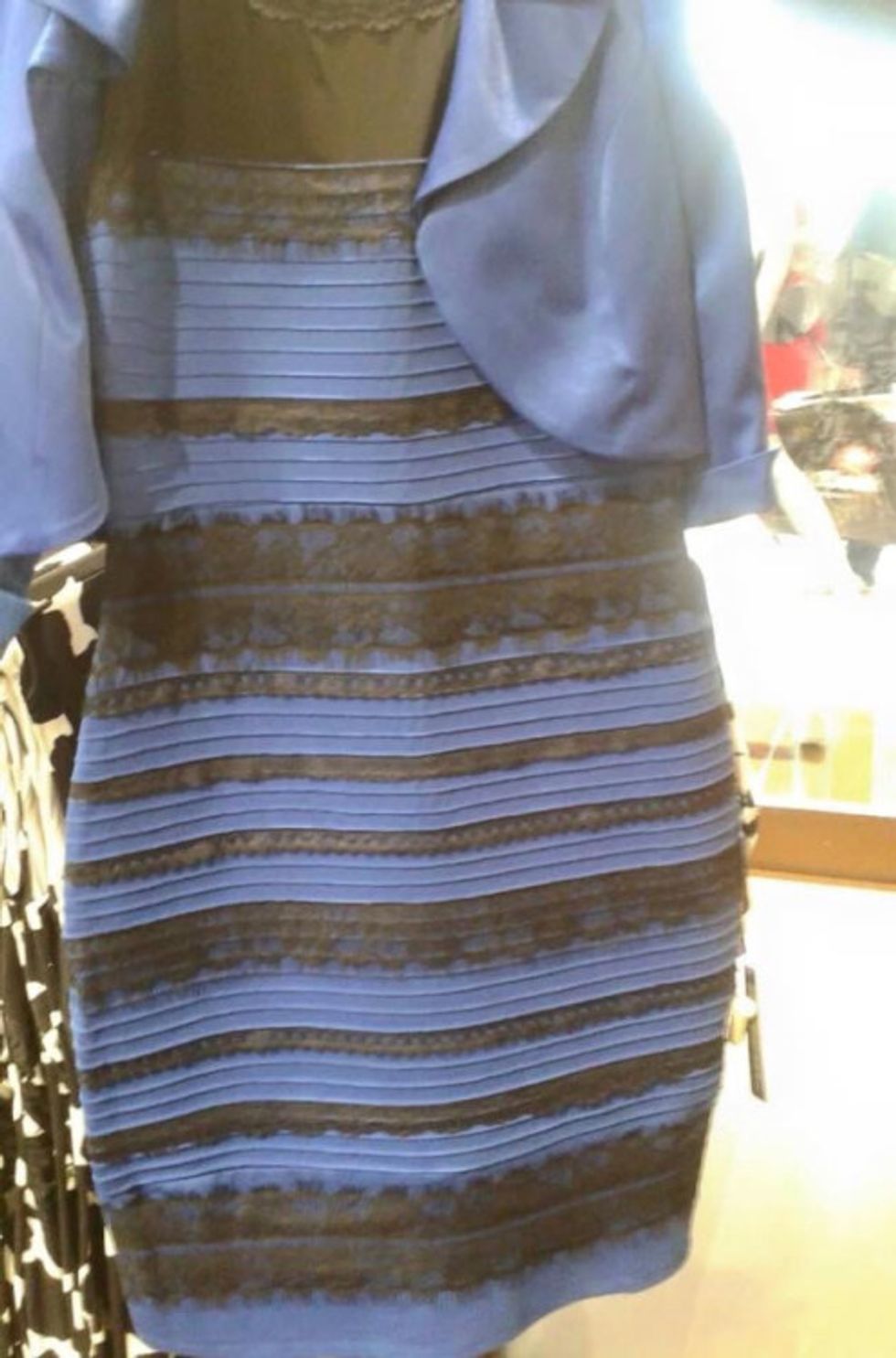 It all started Wednesday when this photo of an arrestingly fugly dress was posted online by Tumblr user Swiked with the directive to determine its color: Was it white and gold or blue and black? For some looking at the specific photo above, it was white and gold. For others, blue and black. And, as was the mind-melting case for us and Questlove, for some it looked unquestionably one way upon first viewing, but later changed. 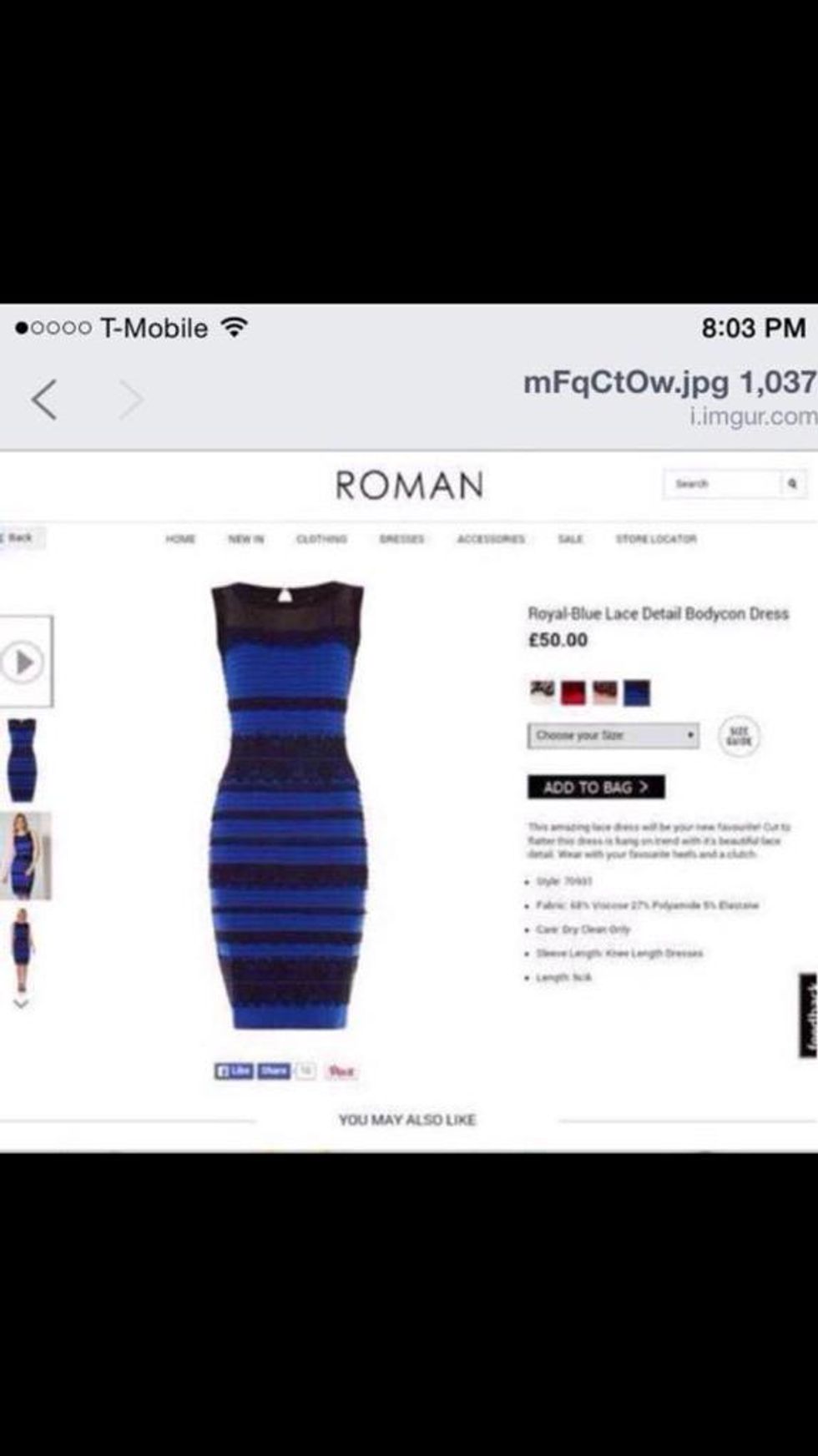 Then there was proof: The dress, from a UK brand called Roman, was "royal blue" and black. 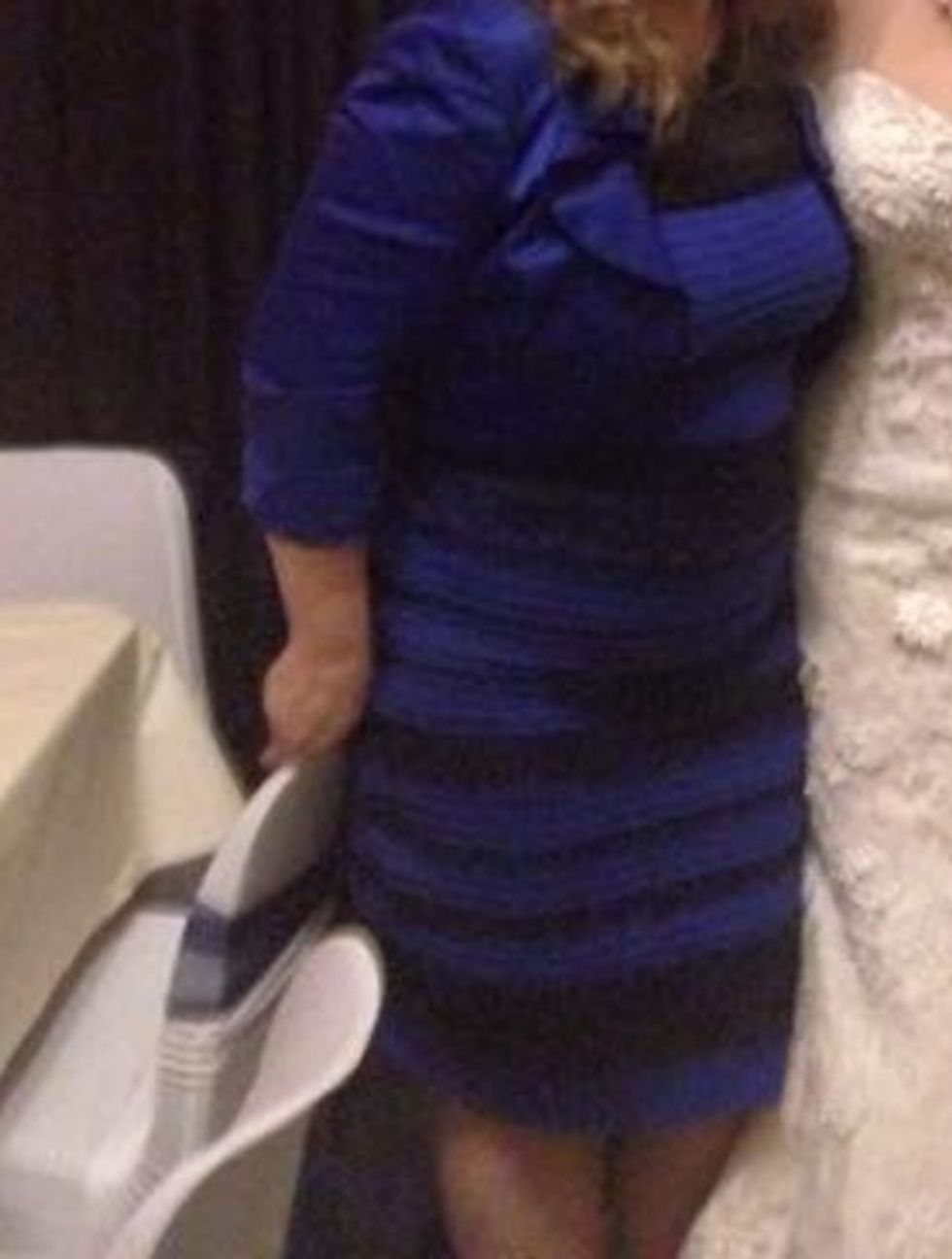 More damming to gold-and-whiters: The original Tumblr poster added more photos of the dress, which was worn by someone at a wedding she was at.  And that's, without a doubt, a blue dress.

It was clear we had a good old-fashioned optical illusion on our hands, but what seemed more important than the how and why behind it all was what dress camp you fell into. Were you a white and gold person or a blue and navy person? By early Thursday evening, a clear divide had formed between each side on Tumblr and Twitter, a schism so large that it threatened to suck up left shark, Kim Kardsahian's butt and those two llamas that had been on the loose in Arizona into its void. Goodbye, internet, you beautiful bitch.

At first, it was easy to dismiss this as a case of a weird saturation issue from a cell phone photo. The lighting was bad. The color correction had been messed with. The levels were off. So why was this exploding?  Meme expert Neetzan Zimmerman described this phenomenon to Motherboard as "viral singularity:" It was visual, digestible and, hence, shared organically over and over again. Plus, as various pieces were churned out about color perception with quotes from neurologists and vision experts, whatever opinion you had also possibly pointed to some personal hard-wired, biological shortcoming of your own. What was wrong with you? It was like FOMO by way of Web M.D. by way of the Matrix.

Will we ever be the same? Below, some highlights from The Dress 2015:
Celebrities including Taylor Swift and Kim Kardashian weighed in. (Kim saw white and gold, Kanye saw black and blue.) And don't even  talk to Mindy Kaling, team white-and-gold. There's no room for you at her inn. 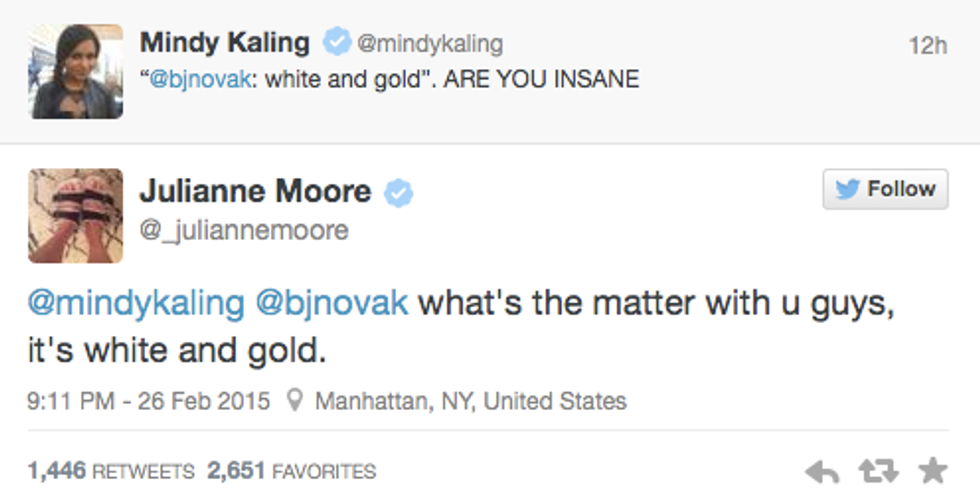 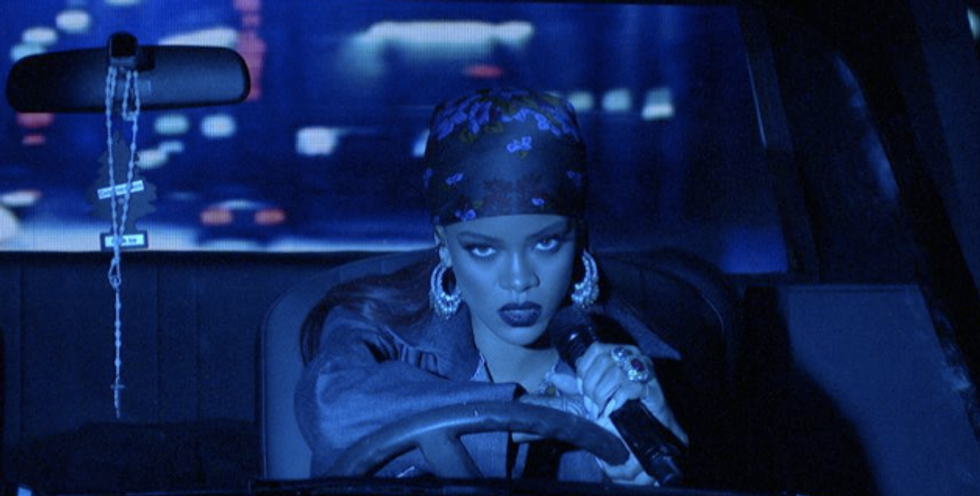 This was how we felt, Anna Kendrick, UNTIL IT CHANGED ON US.

Everyone Pray for Marina.

Then Pretty Little Liars star Keegan Allen had to shade us and Kim Kardashian. Sad clown. 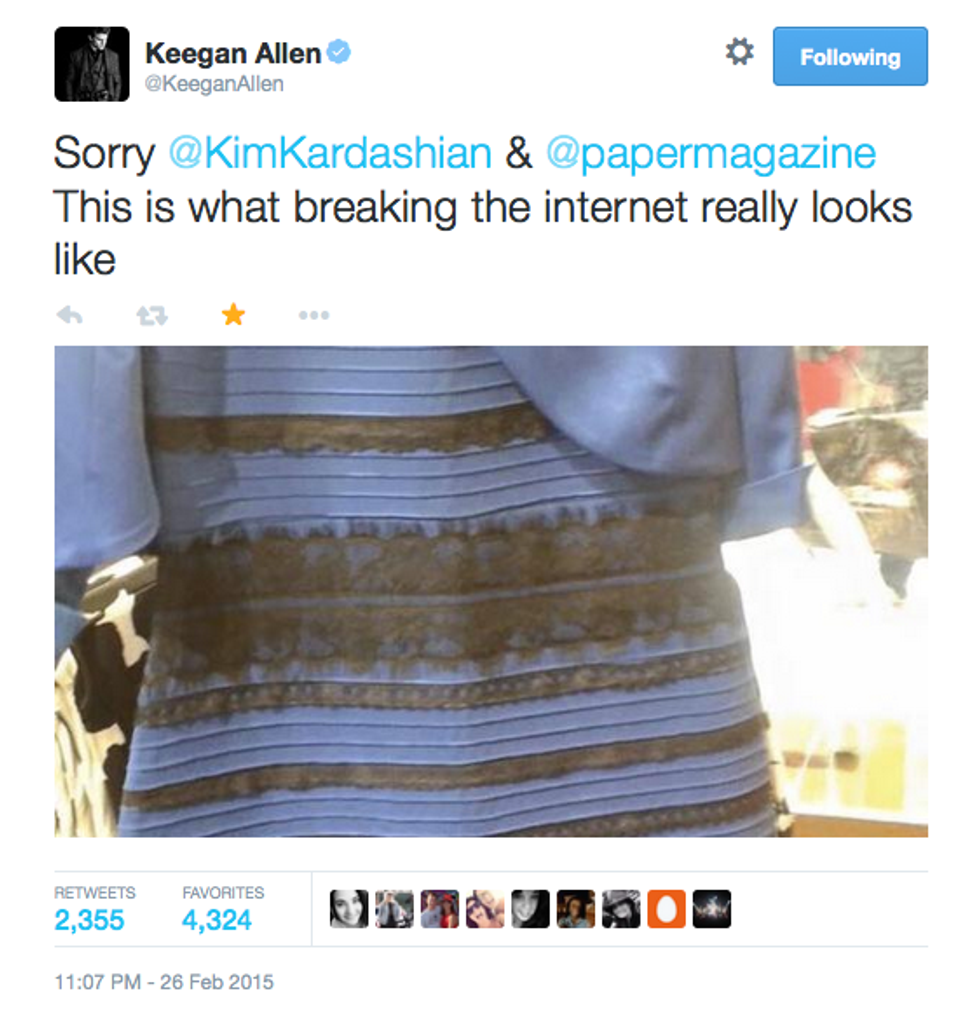 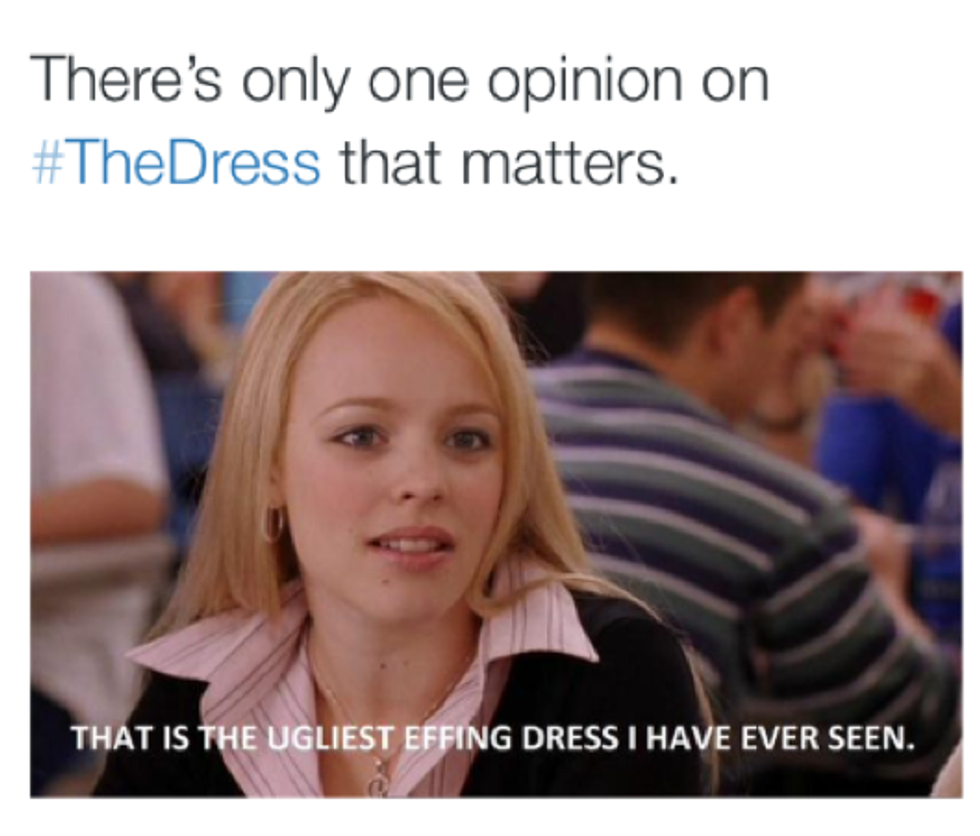 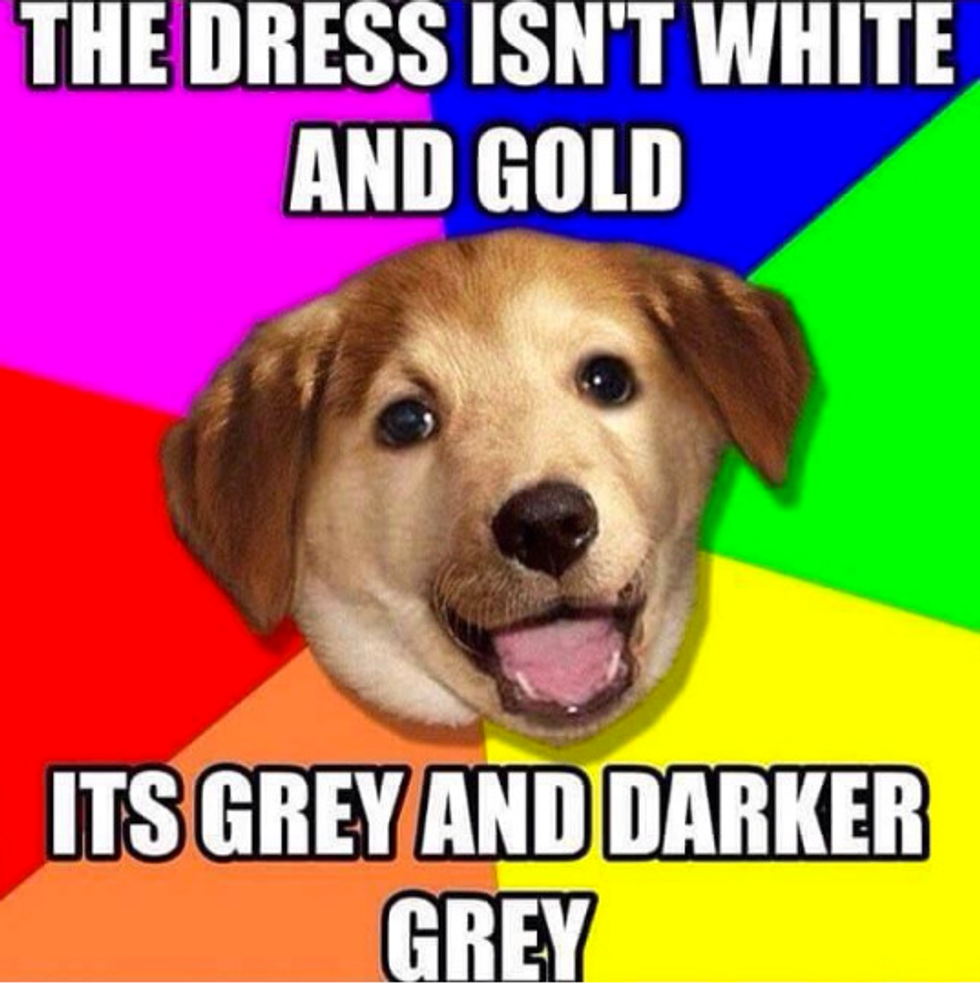 
Finally, were our two favorite responses to all of #TheDress "I'm signing of Twitter for the next 24 hours"-haters out there. Can we live, too-cool-for-school Twitter?: 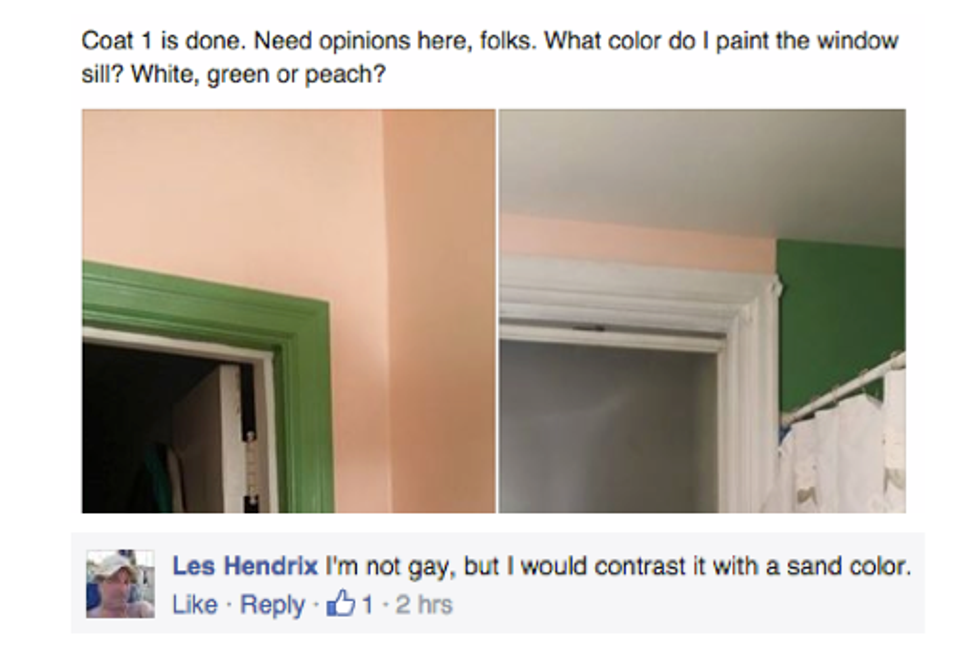