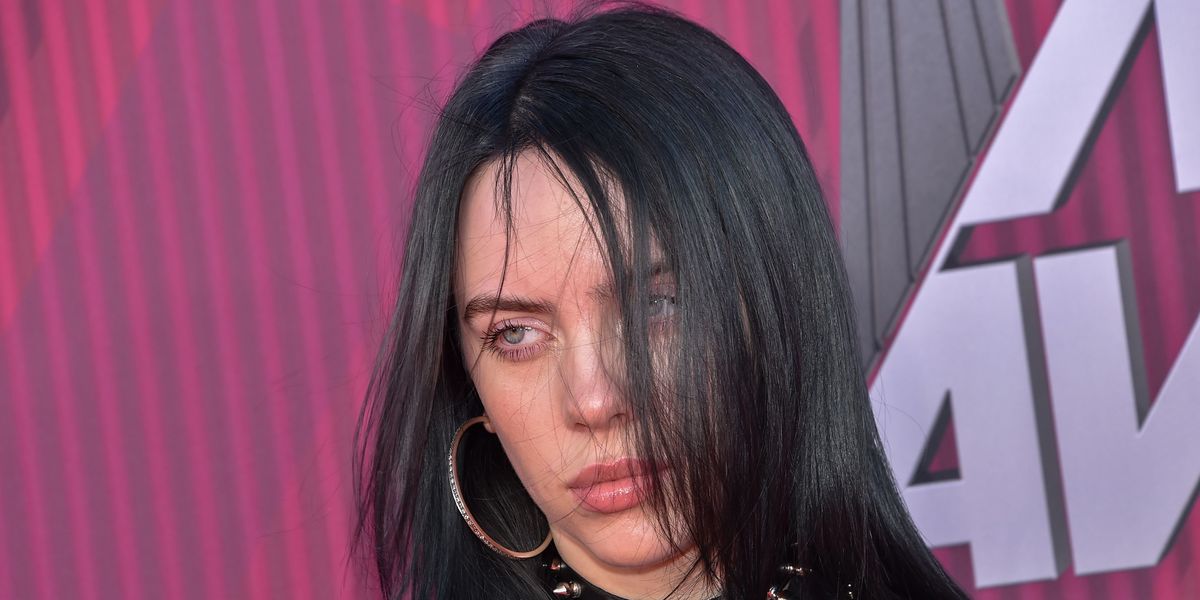 "She was throwing up everywhere, and nobody was fazed. It was just so weird, I was like, 'What?' This is normal? That's normal for you," Billie Eilish says as she dejectedly contemplates the details of a party that inspired her track, "xanny.

Eilish has been in the news a lot recently, mostly for her commercial strides with her debut album, When We All Fall Asleep, Where Do We Go? The album debuted at No. 1 on the Billboard 200 chart, a feat that was accompanied by the setting of numerous other records, like being the first artist born in the 2000s to secure the chart position. It's no wonder why, either; the album is a fantastical nightmare, conceived by the mind of a teenager born in the wake of the millenium. Song titles like "wish you were gay" and "my strange addiction" demonstrate a genuine experience with the cultural phenomena of the past two decade, in the same way that imported audio clips ripped from "The Office" show off an unmediated awareness of binge-watch culture. Eilish has become something of a mastermind in this department, pairing raw talent with a direct line to all things "now."

In a clip from her new series about the making of the album, "A Snippet into Billie's Mind," Eilish delves more deeply into the track that most Top 40 pop listeners probably dread the most when it inevitably plays with the album on shuffle, and rightfully so.

"Xanny" is dark and distinct, whereas most of the other songs on the record have a certain pop palatability. An extremely distorted bassline erupts upon the end of the first verse, which is comparatively gentle. The bass gurgles beneath Eilish's words, sending some syllables peaking into an untapped vibrational territory. The result is an extremely jarring and tone-oscillating track that evokes all of the influences of a "modern pop," defined by pioneers like SOPHIE and Lana Del Rey. It's slow and soft, and then suddenly, it's fast and hard.

The clip about "xanny" shows Eilish and her brother, known by his artist name FINNEAS, discussing the inspirations behind both the sounds and the themes. "We had a very jazzy, Frank Sinatra view on the whole song," Eilish begins, speaking to the more lulling portions of the song. After they imported a sparse drum kit to accompany the jazz-inspired loop, the instrumental for verses was complete. The sounds that came next were inspired by a girl blowing cigarette smoke into Eilish's face at a party. "We wanted it to sort of sound like what it feels like to be in secondhand smoke," she says of the violent drops in the chorus.

Experiencing a party "secondhand" was actually the exigence for the lyrics and theming of the track itself. Eilish states that she was shocked at the numbness that has begun to characterize and encourage unhealthy activities, like binge-drinking, in young people. At one specific party, she says her friends were super messed up after drinking. "They were Juuling, throwing up, drinking. Kept throwing up, kept drinking more," she says of the night that inspired the track. "What was really weird to me was that nobody cared." The apathy of these teenage years is what bothered Eilish the most. "Just watching my friends become completely not who they were, watching their personalities crumple up and fall."

Events like these frustrate and affect Eilish, especially when the harmful behavior comes from her friends. "Drugs and, you know, cigarettes are you killing yourself," she says, hitting at the core of "xanny."

The ultimate cap on a song that seems to have no hope is that Eilish recorded the final verse, a melancholy blow to listeners, only two days after a friend of hers had passed. While she doesn't indicate that this particular death was a result of substance use, its meaning and significance still pained at her realization about the mortality of loved ones. It forced her to confront her concerns about other friends, whom she only wants "dying by mistake."

If you or a loved one are concerned about an alcohol or substance abuse problem, visit the National Institute on Drug Abuse's website for more information and resources on how to begin addressing it at https://www.drugabuse.gov/ under the Patients & Families tab.