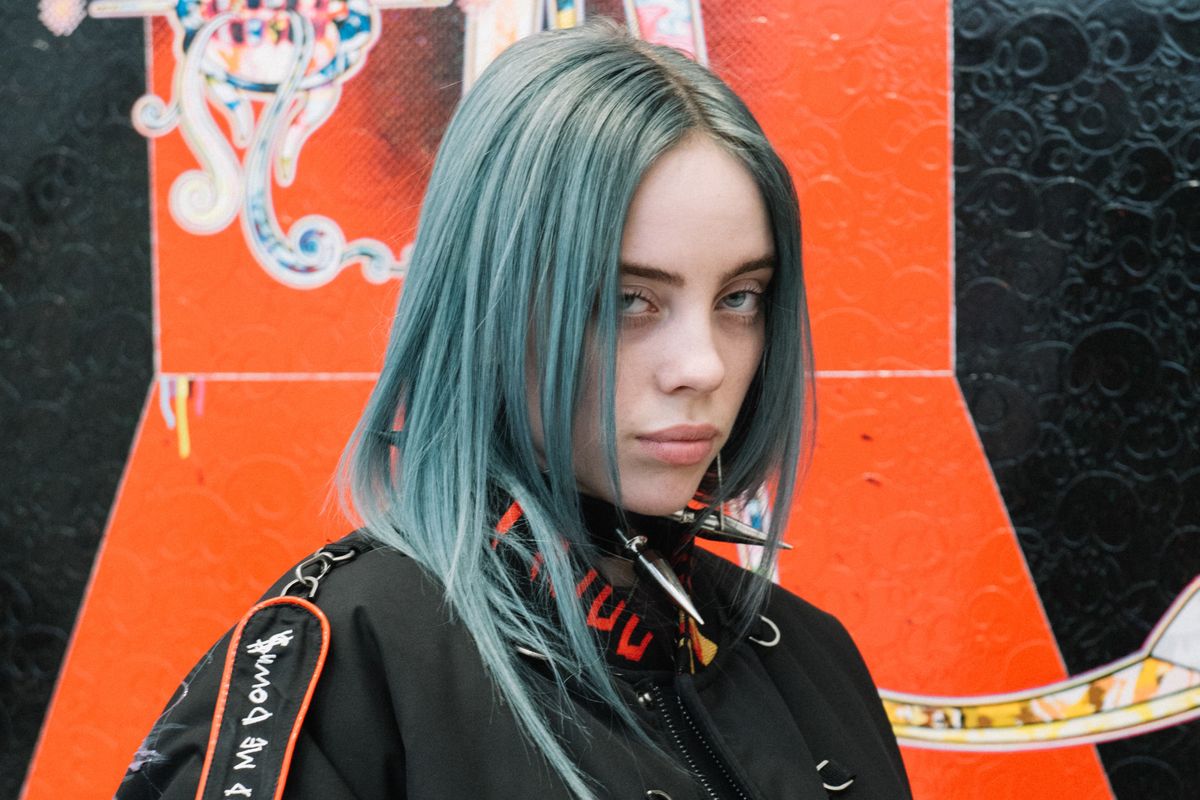 Billie Eilish, 17-year-old pop queen of the night, has released a new animated visual for her ominous recent single "you should see me in a crown." The video was directed by Eilish's surprising friend and collaborator, 57-year-old Japanese artist Takashi Murakami — who recently created a body horror portrait of Eilish for a GARAGE cover story.

BILLIE EILISH on Instagram: “for the cover of @garage_magazine Issue 16, Takashi Murakami.”

Their latest collab is just as mesmerizing and grotesque as their last. In 30 seconds (sadly the whole video is only available on Apple Music), Murakami sets up an anime horror fairytale. Billie is a half-girl, half-spider creature who sits exiled on the on the edge of a futuristic city populated by the BLOSH characters that decorate her merch, as well as Murakami's signature creepily smiling rainbow flowers. As the menacing beat drops, she goes beserk and erupts into a gruesome spider monster, sprouting a mouthful of fans, way more than eight clawed spider limbs, and mutating body parts that give off Tim Burton vibes. She scuttles out of her web to go wreak havoc, and get revenge for being made to feel like an outsider.

The richly detailed video took eight months to animate. Murakami said in a statement via NME: "I sprinted throughout the production process with my animation team striving to realise Billie's vision in an unprecedented way."

Eilish often sings the demons and monsters inside us all— and spiders have become her personal mascot— so the new visual fits pretty neatly into her catalogue of captivating horrorcore visuals, accompanying an emo-pop catalogue obsessed with death, loss and the macabre. Maybe the spider-girl is a new Eilish alter-ego that we'll see again.

Check it out below and stay tuned for Eilish's debut album When We All Fall Asleep, Where Do We Go? out March 29.