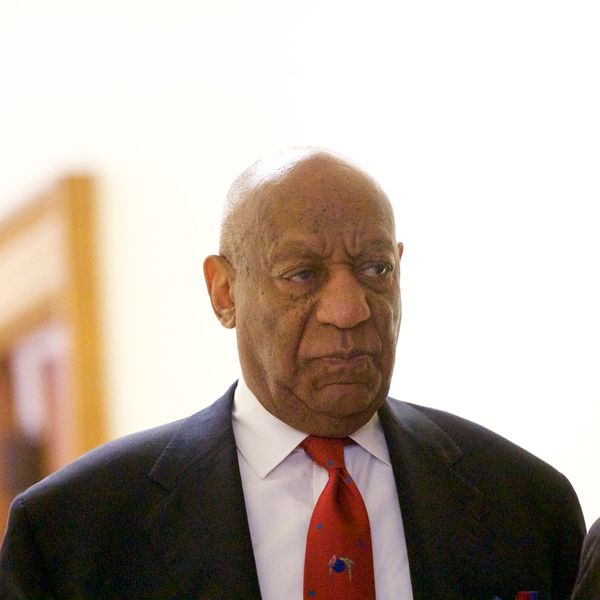 Bill Cosby has been found guilty of all charges — three counts of aggravated indecent assault of Andrea Constant in 2004— in his recent sexual assault case. The 80-year-old comedian and actor was originally tried last year for the same charges against Constant, who was a Temple employee that Cosby was mentoring at the time of the assault. Last year's case ended in a mistrial.

In the two-week retrial, which took place in Norristown, Pennsylvania, 5 other women testified saying they were also drugged and assaulted by Cosby. There testimonies were used to establish a pattern of predatory behavior. Over 60 women have accused him of sexual misconduct, but many could not speak out because of the short statute of limitations of reporting assault and rape, Jezebel reports. District Attorney Kevin Steele initially wanted to present 19 women's stories in the case, but Judge Steven O'Neill only allowed 5. Only one additional woman was a witness in last year's trial.

When Cosby was declared guilty, many of the survivors in the room were visibly emotional, some crying and some cheering. When Montgomery County district attorney Kevin R. Steele suggested that Cosby's 1 million dollar bail be revoked because he is a flight risk as he owns a private plane, Cosby proclaimed, "He doesn't have a plane, you asshole."

Cosby's lawyer Thomas A. Mesereau Jr. said he would appeal the case as they don't "believe Mr. Cosby is guilty of anything."