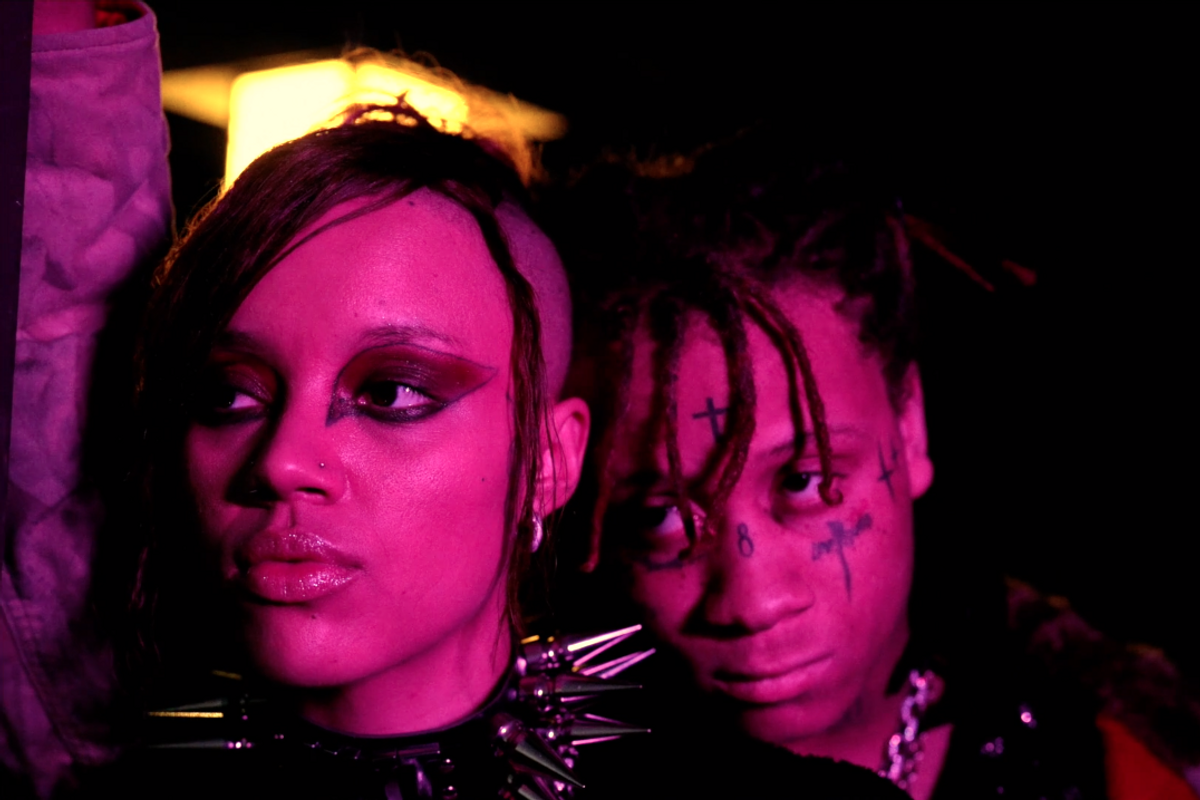 BigKlit and Trippie Redd Come Together on 'Beautiful'

Rappers BigKlit and Trippie Redd have joined forces on "Beautiful," an intriguing, elusive track with minor chord melodies, listless vocalizations and an ominous hook. Today, its visuals premiere with PAPER, complete with everything you'd likely see in a twisted thriller: lightning, murder, out-of-body experiences and drugs, all with romantic yet eerie songwriting aimed at a subject unaware of their own beauty.

Related | BigKlit Dropped an Entire Short Film, and It's Psychotic

"You're so fucking beautiful," BigKlit croons with feverish intensity in a spiked collar and low lighting. "And you don't even know." Redd is seen sitting across from her, and then takes on his own verse, later singing beneath a neon red glow. "Honestly, I'm trying to go where you go." It's a battle between calm rapping and bubbling rage as the words appear to be difficult to get out.

The two are frequently shown fighting throughout the visual, juxtaposed against a softer, loving chorus. "You're so fucking beautiful," BigKlit sings under her breath as the song ends. "And I never let you know." Together, the rappers convey how complicated love can be, and how toxic relationships are often hard to turn away from.

They've also created a short film by the same name that depicts the pair sitting directly across from each other as it opens with the message, "When you stare into someone's eyes for too long you hallucinate." What follows is an extension of the dark and mysterious clips from the multi-colored music video, showing the two discussing the contents of carbon, dancing and ultimately doing what they do best: creating a work of art that's unpredictable at every turn.

Stream "Beautiful" by BigKlit and Trippie Redd, below.