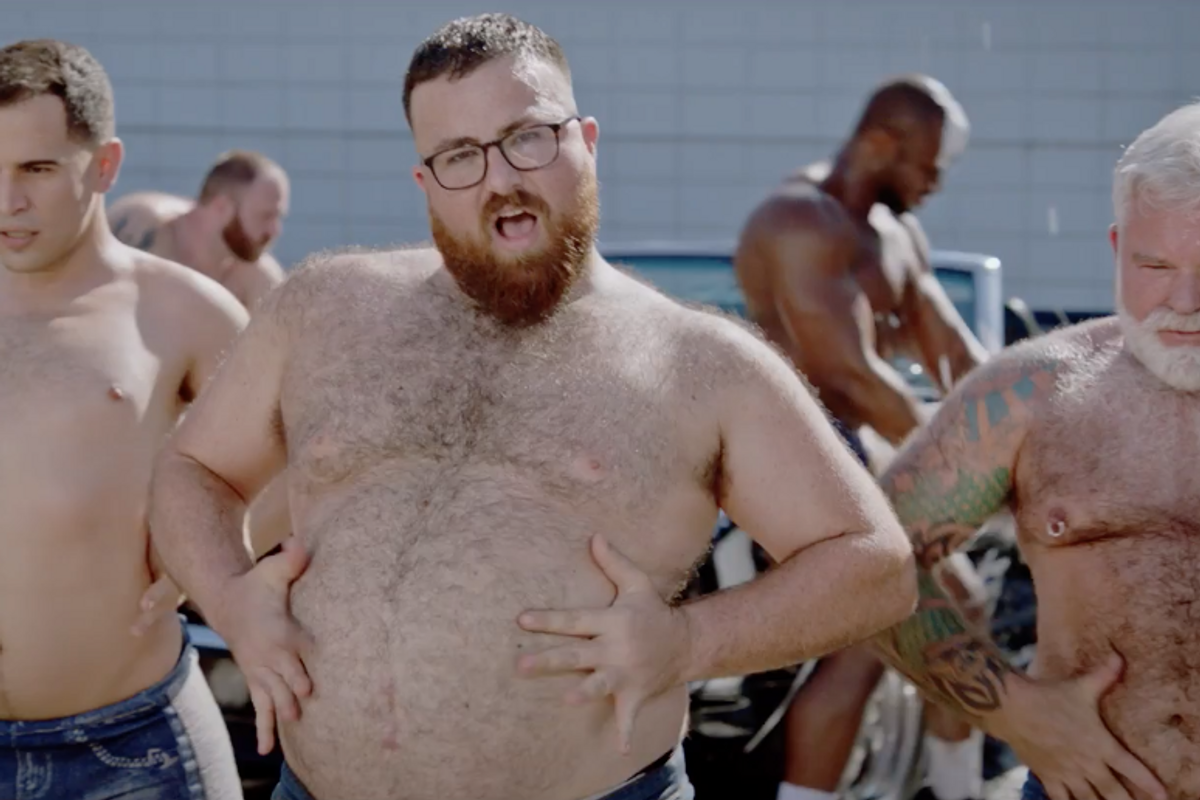 LA-based queer musician and DJ Big Dipper makes bubbly, quirky rap songs, many of which have gone viral. He has portrayed a boy scout, a La Croix fan, a banana, and a mermaid in various music videos, and famously puts on an energetic live show. The queer artist's debut album, Late Bloomer, comes out this summer.

Big Dipper just released his newest video for "LOOKIN," is a electronic-pop bop that shows men dancing at a car wash in jean cut-offs, subverting the typical sexualized images of women in such roles. The men in the video joyously dance, celebrating their bodies, and sing in unison. They come from all walks of life, as Big Dipper said it was important for him to represent people who don't just work in music. "LOOKIN" features everyone from "photographers and HIV educators to ad sales directors and comic book artists."

He says the idea of a "big boy car wash" came to him early on. He wanted to, "take all the stereotypical set ups from stupid college frat movies and flip the over-sexualization of women in bikinis at car washes to guys." He added, "I wanted to cast big, thicc, fat guys who like to show off and dance. I wanted to get soapy and wet with a bunch of charismatic sexy guys who get overlooked in typical media representation. I also really wanted to make a dance video that shows a group of big and fat guys really moving and hitting some tight choreography. It was important for me to cast a wide range of bodies and types of guys to feature in the visual."