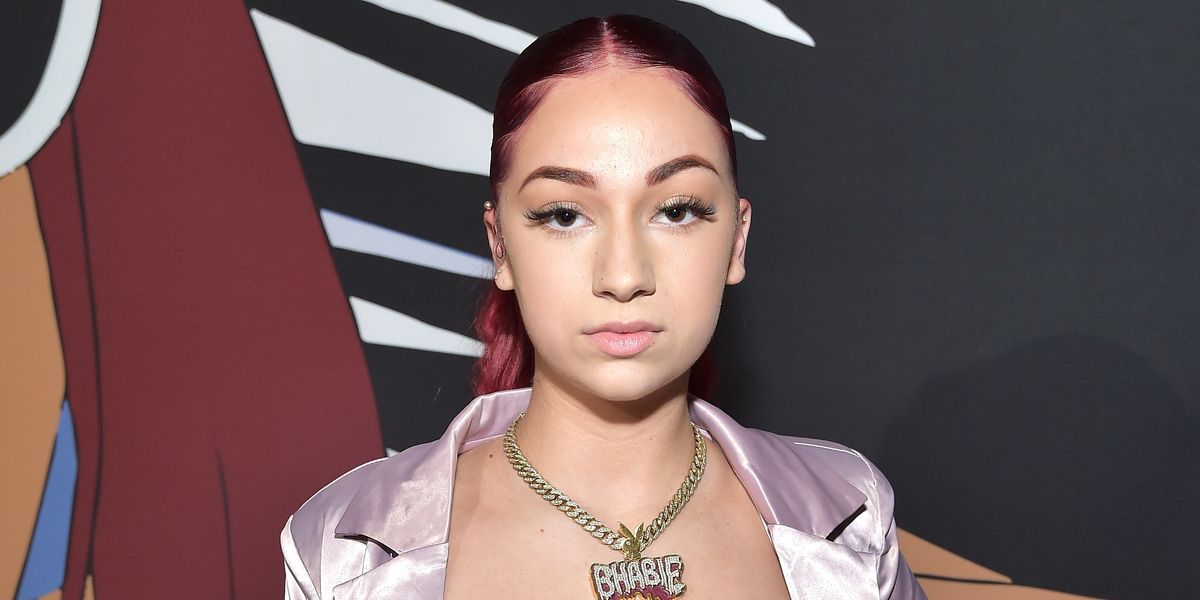 Bhad Bhabie Compares Herself to Tarzan in Response to Blackfishing Accusations

Bhad Bhabie, aka Danielle Bregoli, has come under further scrutiny after trying to defend herself against recent accusations of Blackfishing.

Earlier this month, the 17-year-old rapper faced a substantial amount of backlash after her skin appeared to be darkened with makeup in a video. And now, Bregoli has responded to these allegations via an Instagram Live, in which she tried to defend herself by comparing her upbringing in "the hood" with the story of Tarzan being raised by apes in the jungle.

"Y'all say that I try to be Black. Maybe the reason for that is because I grew up in the hood. Tarzan... the story of Tarzan," Bregoli said, before later adding, "He didn't know no better! ... That's all he knows! When someone grows up in a certain area or a certain place, they're a part of their environment."

Needless to say, this incredibly problematic statement — which a) isn't really a legitimate excuse nor comparison to begin with and b) plays into the historically racist characterization that compares Black people with monkeys — has incurred even more criticism.

"We told y'all this fucking girl was racist. BUT NO y'all said 'jUsT cAuSe ShE wEaRs BoX bRaIdS dOeSnT mAkE hEr RaCiSt' and now she compares growing up in the hood to Tarzan's white ass being raised by gorillas," as one person wrote. "How much more evidence y'all need?"

we told y’all this fucking girl was racist. BUT NO y’all said “jUsT cAuSe ShE wEaRs BoX bRaIdS dOeSnT mAkE hEr RaCiSt” and now she compares growing up in the hood to tarzan’s white ass being raised by gorillas...how much more evidence y’all need? 😭 https://t.co/NqmanYFGGa

Bhad Bhabie compared her acting black because she “grew up in the hood” to Tarzan being raised by gorillas??? Man pic.twitter.com/Sn3EAZSmrk

I know bhad bhabie did not jus compare her life to Tarzan... I jus know she didn’t pic.twitter.com/dodZlPUioh

Unfortunately though, Bregoli's deeply flawed comparisons didn't stop there. Elsewhere in the Live, she attempted to argue that there was a double standard by dragging Lil Kim into the conversation.

"I used darker foundation. Lil Kim uses foundation that—no disrespect toward Lil Kim. I'm actually a fan of hers. No disrespect to her—but the girl wears foundation that's too light for her face," Bregoli said. "The girl went and got a nose job to have a smaller nose like white people. Like y'all don't see that? But I'm saying she literally got surgery to make herself look like a white person. She's wearing makeup that's light and y'all don't say a goddamn word about her."

#bhadbhabie talks about how people are complaining about her recent tan look and decides to use #lilkim as her example smh pic.twitter.com/bifNI001Kg

Not only that, but Bregoli then went on to ask "who would want to be Black," before saying, "no one gives my shit a chance because of stupid ass, ignorant ass people like y'all on the internet over here making shit go viral that I want to be Black."

Bhad Bhabie defends herself from blackfishing allegations and accuses Lil Kim of getting a nose job to look white.

“Who wants to be black? I don’t understand that. I just can’t comprehend it.” pic.twitter.com/UhvRXI0ftr

In response to Bregoli's comments though, Lil Kim took to her Instagram to post a Story wondering why she became "a target in the middle of a pandemic."

"That Lil Kim hate is different," Lil Kim wrote, before adding, "There's more important things going on in the world right now. But you better believe when this is all over ima put a date on and address it and seal it with a kiss."

See her response to Bregoli, below.

Lil Kim peeped what Bhad Bhabie had to say about her 👀 pic.twitter.com/Y1oZzQye2c