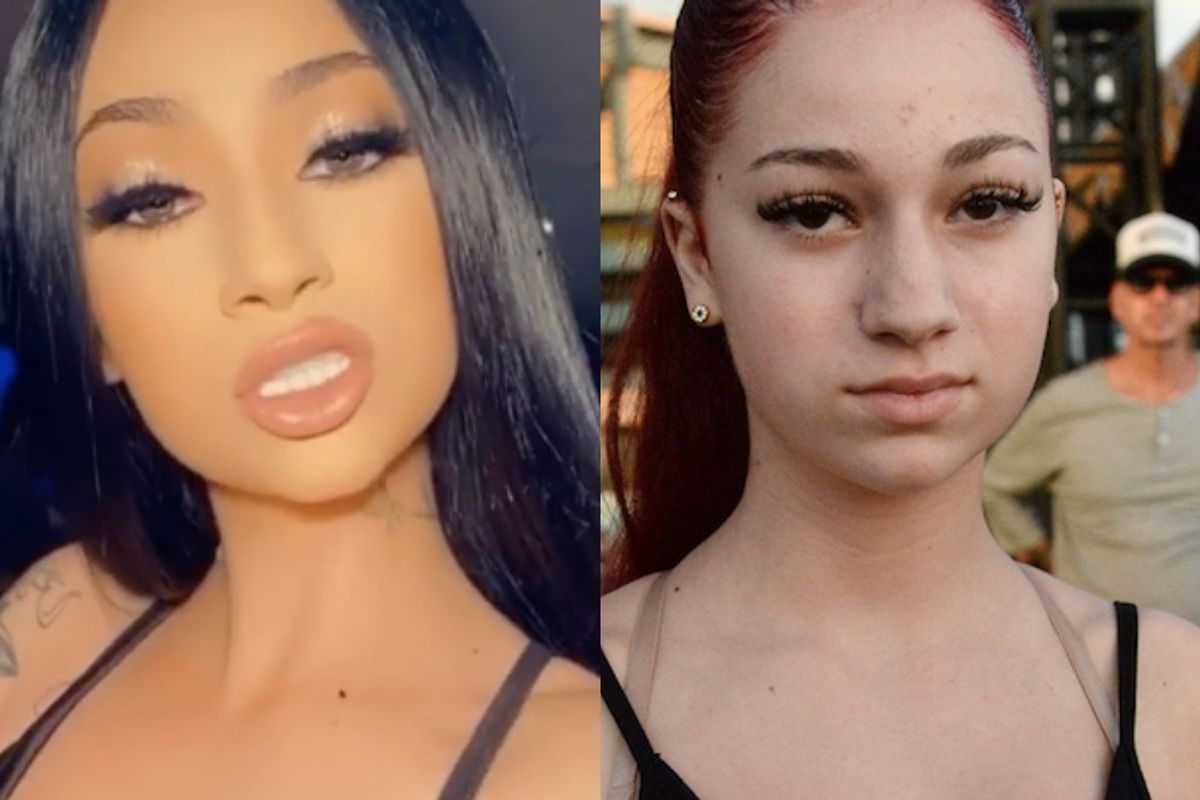 Bhad Bhabie AKA Danielle Bregoli is the latest white celebrity to be the subject of "blackfishing" accusations, after posting a video today in which her skin has been visibly darkened. Whether the 17-year-old is using a filter or got a new tan or both, she looks… different.

The cycle of blackfishing and outrage has become a routine on the internet. Every few months, a different Kardashian-Jenner starts trending, after going down a shade in foundation or wearing a weave. Just last month, Kim was called out for wearing long braids as a "throwback" look at Paris Fashion Week.

Looking through Bregoli's Instagram, it appears her transformation has been in the works for a while. Over the last few months, she's worn cornrows, as well as a few different curly weaves.

Just a few months earlier, posts show Bregoli looking much more like the tween who cursed out Dr. Phil.

Bhabie🦋 on Instagram: “it’s @fashionnova Friday, so go get you an outfit like this or stay an ugly lil bich 🤣🖤”

On Twitter, people are not happy about the new look. "How TF Bhad Bhabie go from a white teenager to a grown Black woman?" one user wrote. Another wrote: "Bhad Bhabie is like the 6th person I've seen that was black fishing in the past 2 weeks. Are y'all ok..."

Others are pointing out that her blackfishing is perfectly logical, given Bregoli's consistently been rewarded for parodying Black women. Her infamous Dr. Phil rant, which she delivered at thirteen in massive hoops after telling him she's "from the streets," was full of AAVE and dialect.

Blackfishing isn't just the terrible idea of a few clout-chasing women: it's baked into the entire beauty industry, as well as the internet. In an essay for PAPER in 2018, Wanna Thompson broke down the definition and the impact of blackfishing, rounding up a massive number of guilty celebrities and influencers. However, that doesn't make the consequences any less painful.

"It's painful to watch someone cash in on your actual lifestyle and look, especially when you're still vilified for being your authentic self," wrote Brooklyn White in a post about Bregoli's darkened skin for Essence's Girls United platform. "How long will we crucify Black girls for being Black girls, while uplifting white women for jocking our essence?

So what does Bregoli have to say for herself? "Awww I'm trending," she wrote on her Instagram story.