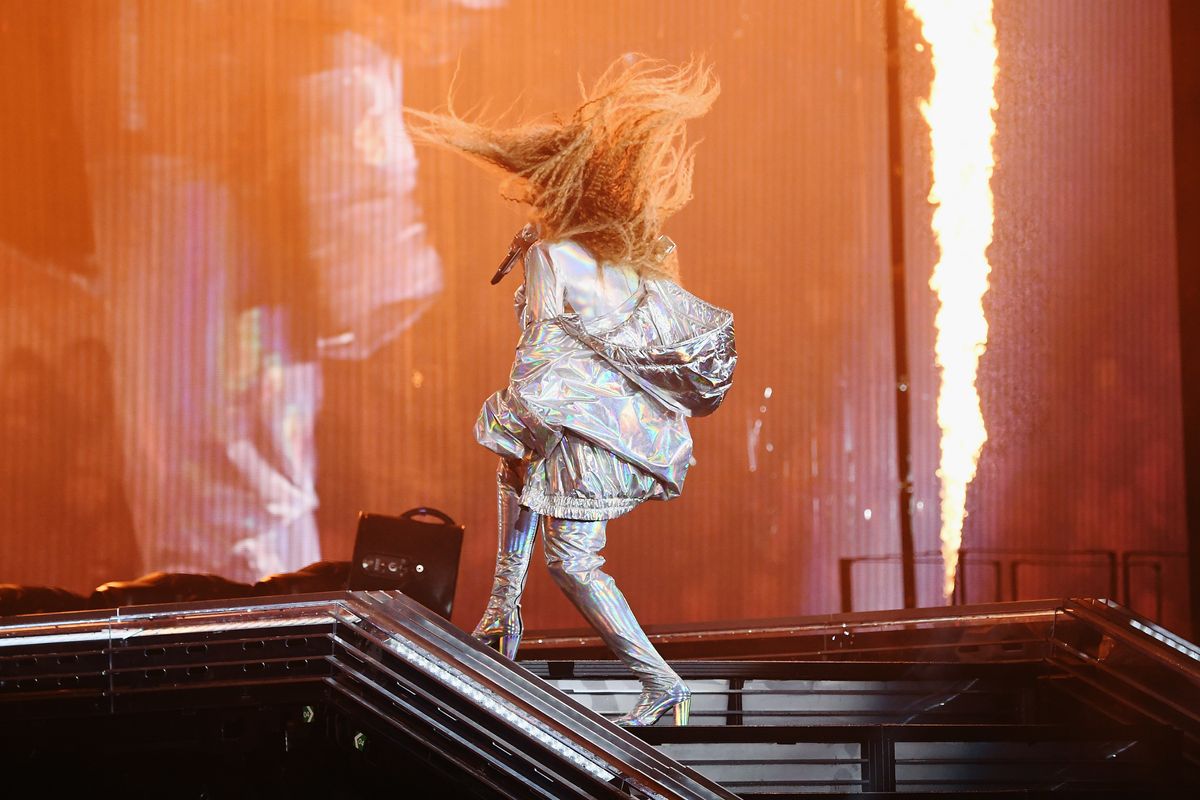 Is Beyoncé a Witch?

Conspiracy theories waft around Queen Bey like Chloé perfume: she's lying about her age, she's got a thing with Barack Obama, she killed Joan Rivers, Solange is actually her daughter, she kidnapped Sia and locked her in a basement as a songwriting slave, and of course the classic, that she's an illuminati priestess.

But the best thing about the latest one is that we have those hard facts! Based on court records confirmed by Pitchfork and documents obtained by The Blast, Beyoncé's former drummer Kimberly Thompson has filed for a civic harassment restraining order against the singer.

The drummer claims that Beyoncé has been using "extreme witchcraft, dark magic" and "magic spells of sexual molestation" to harass her. Ok girl, go off!

Witchcraft is just the tip of the iceberg. Thompson's claims also include claims that Beyoncé surveilled her and tapped her phones, controlled her finances, and murdered her pet kitten. The documents show that she also cites "extreme theft of intellectual properties" and "magic spells on my lovers."

Thompson claims that she worked with Beyoncé for seven years. She's also released several solo pop albums , and served for several years as a drummer in the original Fred Armisen-led Late Night with Seth Meyers band.

This week, Thompson's request for a restraining order was denied by the Los Angeles Superior Court, however, she has a hearing scheduled for October 11 to try again.

If Beyoncé was a witch we would be not remotely surprised, as it would literally explain so much! Her moves! Her voice! Her hair! The quintuple threat! That said, even though we're so down for this fan-fic and our fingers are crossed that it's all very true, we suspect the October hearing will reveal that Beyoncé's magic simply comes from being the most driven and talented girl in the game — and hope Thompson is getting the support she needs.

Also, what is the difference between extreme witchcraft and plain old witchcraft?