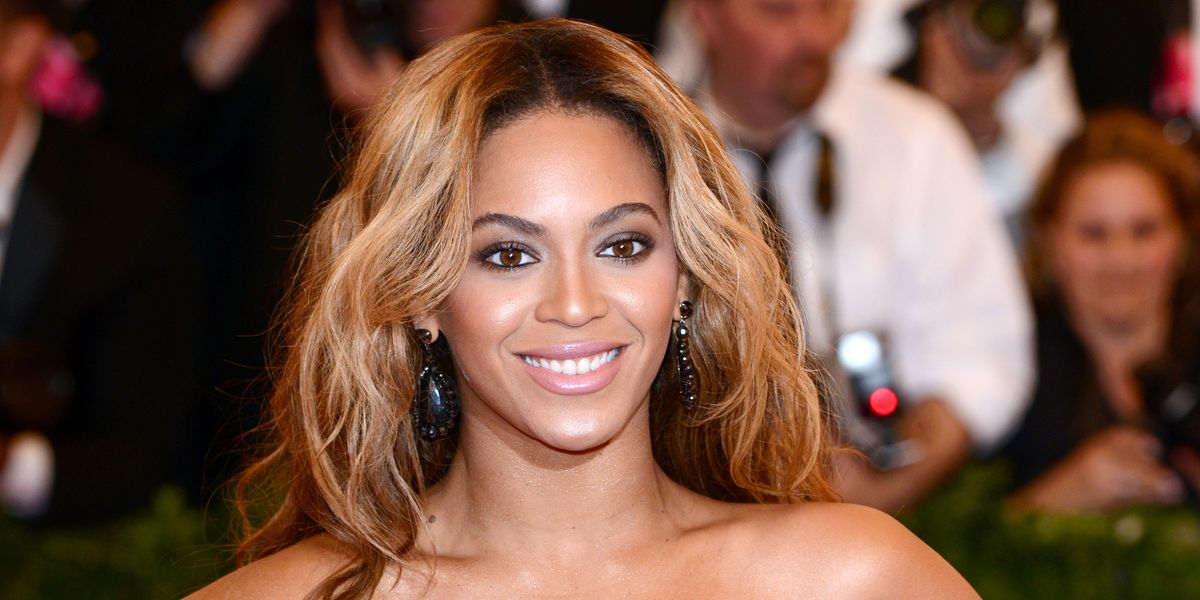 Beyoncé's Golden Gown Was Unsurprisingly Inspired By a Queen

At this point, it should maybe stop being a surprise every time Beyoncé looks incredible. Still, her most recent sartorial choice was truly show stopping and yes, newsworthy.

In three characteristic Instagram posts, the queen gave us mortals a glimpse of her weekend look at her mother's second annual Wearable Art gala, which was themed "WACO to Wakanda" in honor of Black Panther. Beyoncé and Blue Ivy wore matching gold; Blue donned a custom-made gold wig by Divamp Couture and a dress by Annakiki, and Beyoncé wore a headband, lipstick, and large triangular earrings to match her sheer gold gown.

Beyoncé 's look was meant to evoke a Nubian queen, WWD reports. Designers Falguni and Shane Peacock, who made Beyoncé 's iconic black dress for her "Formation" music video, said they wanted the dress to evoke Beyoncé's strength and character. They told WWD, "We wanted to create an art statement, taking inspiration from the Nubian warrior queen [Amanishakheto]. We felt it was the perfect inspiration when designing for such a strong woman like Beyoncé. The metallic cutouts are placed strategically to mimic the shape of armor, as worn by the Nubian armies. The elaborate gold train was added to create a 3-D effect that emphasized royalty."

The dress took 10 days to make, and it shows in how spectacular it looks. Beyoncé was presented with the Humanitarian Award at the event, which took place at WACO Theater Center in Los Angeles. Jay-Z's mother took home the Everyday People Award.

.@Beyonce accepts a humanitarian award from her mom at the Wearable Art Gala, with Jay-Z and Blue Ivy in the audien… https://t.co/wT4pgW0plV
— Lindsay Weinberg (@Lindsay Weinberg)1521357347.0